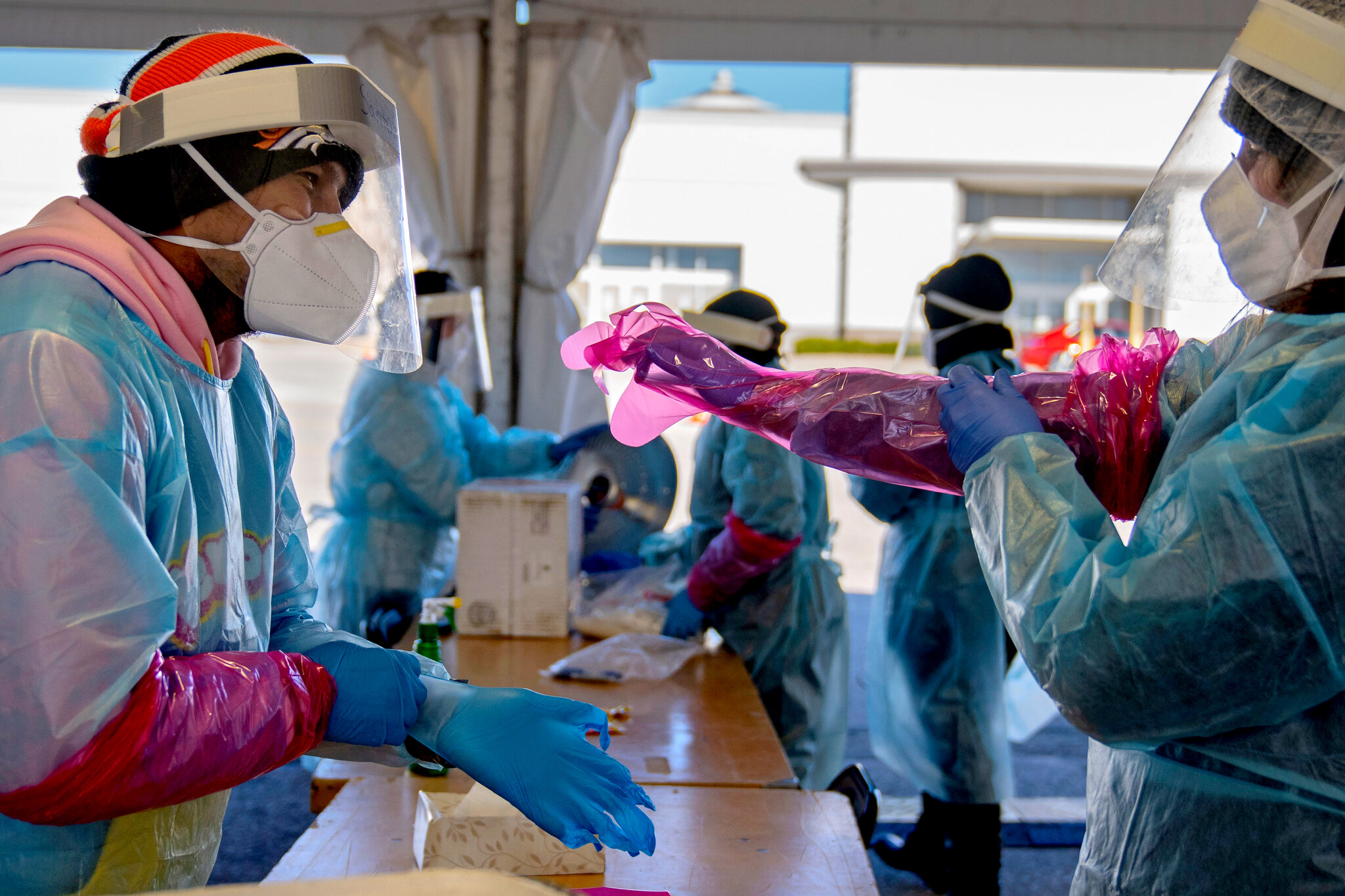 FAYETTEVILLE, Ark. – Arkansas saw its largest increase in coronavirus cases in almost a month earlier this week as a report from the University of Arkansas for Medical Sciences warned of the potential for a surge of infections this summer.

The state added 313 new cases on Tuesday, the first one-day jump that topped 300 since April 21. On Wednesday, 244 cases were added.

New cases also outpaced recoveries on Tuesday and Wednesday, as active cases rose on both days, up to Wednesday’s reported count of 1,999.

Between May 10 and Monday, the state reported 187 new cases among students at public elementary and secondary schools.

How do case numbers this week compare to earlier in the pandemic?

The number of new infections identified each day, while still well below the level it reached in early January, has trended slightly upward since early April, after the removal of the statewide mask mandate.

Why do UAMS researchers think cases could surge again this summer?

Warmer weather and the approach of summer means people will likely spend more time together. The UK variant, which is believed to spread more easily and be more lethal, is also increasingly present in the state, as are some other variants.

The report predicts that the cumulative number of cases in the state will increase by more than 25,000 by July 15, with the total number of deaths rising by 50.

Vaccinations could help prevent new cases, but the average number of doses being administered daily has fallen in recent weeks.

The average number of doses administered per day over a rolling seven-day period peaked at more than 23,000 in early April but was only 8,666 as of Wednesday.

According to the CDC, about 37.7% of Arkansans have received one dose and 29.4% are fully vaccinated.

‘Nurses Crushing COVID’ Celebrated, U of A Nursing School Scholarship Announced at Event