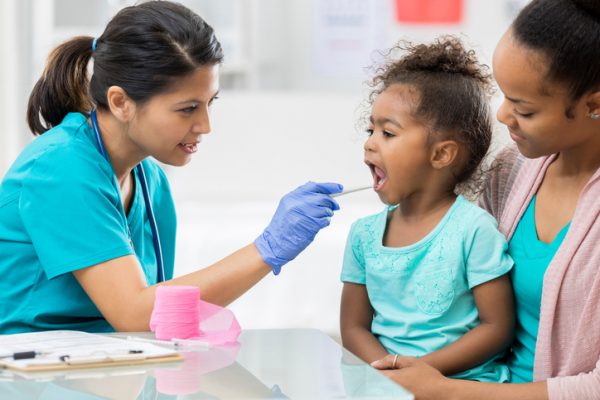 LITTLE ROCK, Ark. — As early as next week, the FDA could give the “ok” for the Pfizer vaccine to open up to kids ages 12 to 15.

The authorization for this age group to get the COVID-19 vaccine is something that pediatricians have been waiting for and are excited about, but some parents are still on the fence.

“It’s up in the air for us right now. We have not made an actual decision if she’s going to take the vaccine or not,” she said.

Whitfield has had several discussions with her 14-year-old daughter, Jordan, about her getting the shot. She described these discussions as difficult.

“She doesn’t have anything positive to say just because of everything that’s on TikTok and whatever else she looks at and listening to her peers,” she said.

Whitfield, who is fully vaccinated, has the same fears for her daughter that she had for herself, the unknowns.

She said the family’s decision is heavily weighing on what the upcoming school year will look like.

“We have in my house the executive decision-maker, and that’s me, and if I decide that that’s what’s going to happen for her because I’m not going to send her back to school not vaccinated,” Whitfield said.

Similar conversations between parents and kids are also happening between doctors and patients, according to Dr. Aaron Strong.

As a pediatrician at Little Rock Pediatric Clinic, Strong said the most important thing parents need to understand is that the vaccine is safe and effective.

“I know that this is something that sometimes people are fearful of or worry about and I want to alleviate those fears,” he said.

According to Strong, data shows that out of the thousands of kids in the trial who got the vaccine, there were 0 adverse outcomes and 0 cases of COVID-19.

He also added that every new shot gets us one step closer to normal life.

“We’re not just looking out for ourselves and our kids, but those around us, as well,” Strong said.

Dr. Strong said if it is approved, Little Rock Pediatric clinic could be one of the providers that is able to give out the COVID-19 vaccine.

He said if parents have any more questions they should talk to their kid’s pediatrician.

The vaccine trial for children six months to 11-years-old is still ongoing. Pfizer is expected to apply for emergency use authorization for kids as young as two this September.