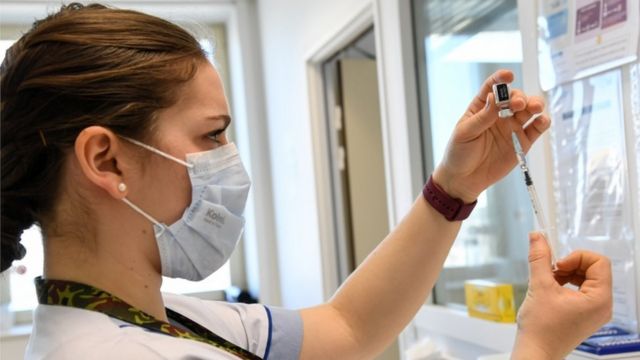 LITTLE ROCK, Ark. — No one expects you to be ready to do anything immediately after losing a loved one.

“Why did I take the Pfizer vaccine,” Denese Fletcher asked.

“Because my sister died. That’s why.”

Fletcher organized a vaccination clinic at Dunbar Community Center to honor her sister who she lost due to complications from the virus.

“The passing of my sister drove me to want to have a vaccination clinic that recognized why we’re doing it,” Fletcher said.

Her sister, Margaret Wilson, passed due to COVID-19 in 2020 during the week of Christmas.

Fletcher said that it was one of the toughest things she has ever gone through and mentioned that losing Wilson almost broke her.

“My sister was stylish, she was funny, she was wonderful,” she continued.

“I just want other people to recognize what COVID costs. Because it cost me all of that.”

“She didn’t even go back to work right off,” Griffin-Norwood said.

“As she went back to work, she was there maybe a week. She was gone a week later.”

That pain helped foster positivity in the area.

The vaccination clinic held at Dunbar Community Center today aimed to not only honor the memory of Wilson, but also the others who have lost their fight against the virus.

Those working the clinic were made up of people who have lost family members and friends due to the virus.

Wilson’s coworkers also volunteered to help with the event.

Fletcher mentioned that she thought today wouldn’t happen after less than 10 people signed up to get their shots.

“People would call me and say, ‘well how many people are coming,’ and I would say, ‘I have no idea, there’s only 5 or 6 people signed up,'” she continued.

In less than two hours of opening, more than 100 people had shown up to get their first shot of the vaccine.

“The fact that people care enough to come volunteer for my mother.”

No matter if people came to this clinic to get their shots or any other clinic, Fletcher considered Saturday to be a success nonetheless.

“It’s nice that we have all these people coming,” Fletcher said.

“Today we can be together. We can think wonderful, beautiful, positive thoughts.”