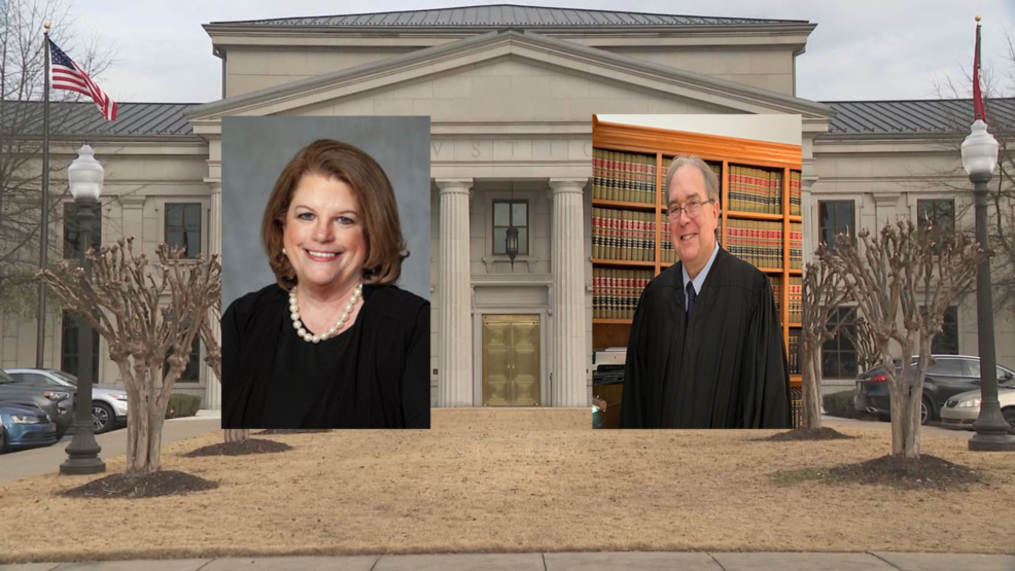 FAYETTEVILLE, Ark. — The beginning of Friday’s Political Animals Club meeting in Fayetteville featured circuit judge John Threet showering the packed Mermaids crowd with jokes and roasts. The room was filled with candidates for various statewide and local offices, none more promoted than the two who sat at the front table next to the podium.

Barbara Womack Webb and Morgan “Chip” Welch both made their respective cases for why they should be elected to Arkansas’ open Supreme Court seat. Then they eased into accusing each other of partisanship, which has been the defining scenario in the race for the non-partisan seat.

Republican legislators have expressed public support for Webb. and she’s spoken to GOP groups across the state. Her husband, Doyle Webb, has served as the state’s Republican National Convention chairman since 2008. Welch has repeatedly pointed to this as reason to think his competitor wouldn’t be impartial in her role.

Webb defended herself against the alleged Republican collusion but said she’s openly more Conservative than her competitor.

“I think that’s been going on on the other side, as well,” Webb said. “What people say is their First Amendment right to say what they say. I will tell the voters I am the Conservative in the race. I don’t shy away from that, and I don’t try to lie about it.”

The accusations of partisanship aren’t one-sided. Welch once ran for office as a Democrat and donated to some Democratic candidates prior to his time as a circuit judge, something Webb’s pointed out in recent weeks.

“A lot of the former Democrat-elected judges [from before 2000 when seats became non-partisan] have thrown their support behind my opponent,” Webb said. “I pointed out that he had given to Barack Obama, and he denied it and told me I was lying.”

Welch said he donated to both Democratic and Republican politicians before becoming a circuit judge but then stopped doing so other than for his own filing fees.

“I have not given money to Democrats or Republicans or dogs or cats or Independents or gun people or anti-gun people [since I became a judge],” Welch said. “The false equivalency is her saying something I did in 1980 when I ran for legislature when I was 29 has anything to do with whether I’m running a partisan campaign in 2020.”

Unlike other elected offices, judges are non-partisan elected officials. At the luncheon, Webb and Welch didn’t speak on specific issues the court could face in the future, including the ongoing Mauricio Torres murder case retrial. They instead listed their qualifications for the job.

“If you go back to what we should be talking about, I’ve been a judge longer, I’ve been a lawyer longer, I have done a more varied kind of caseload, I have tried more jury trials,” Welch said. “She was a prosecutor, but she had a chief deputy try the cases and sat in the courtroom on occasion when he made arguments, but she was not the lead lawyer.”

Webb said her breadth of experience is much more pronounced than Welch described.

“I have served as a judge at all levels of the courts in Arkansas for over 14 years, and I have been practicing law for about 40,” Webb said. “I have no agenda in this race. As I told [the crowd], the proof is in the pudding. I served on the ethics commission, I served as an alderman in my city, I served as administrative law judge under all three of the most recent governors.”