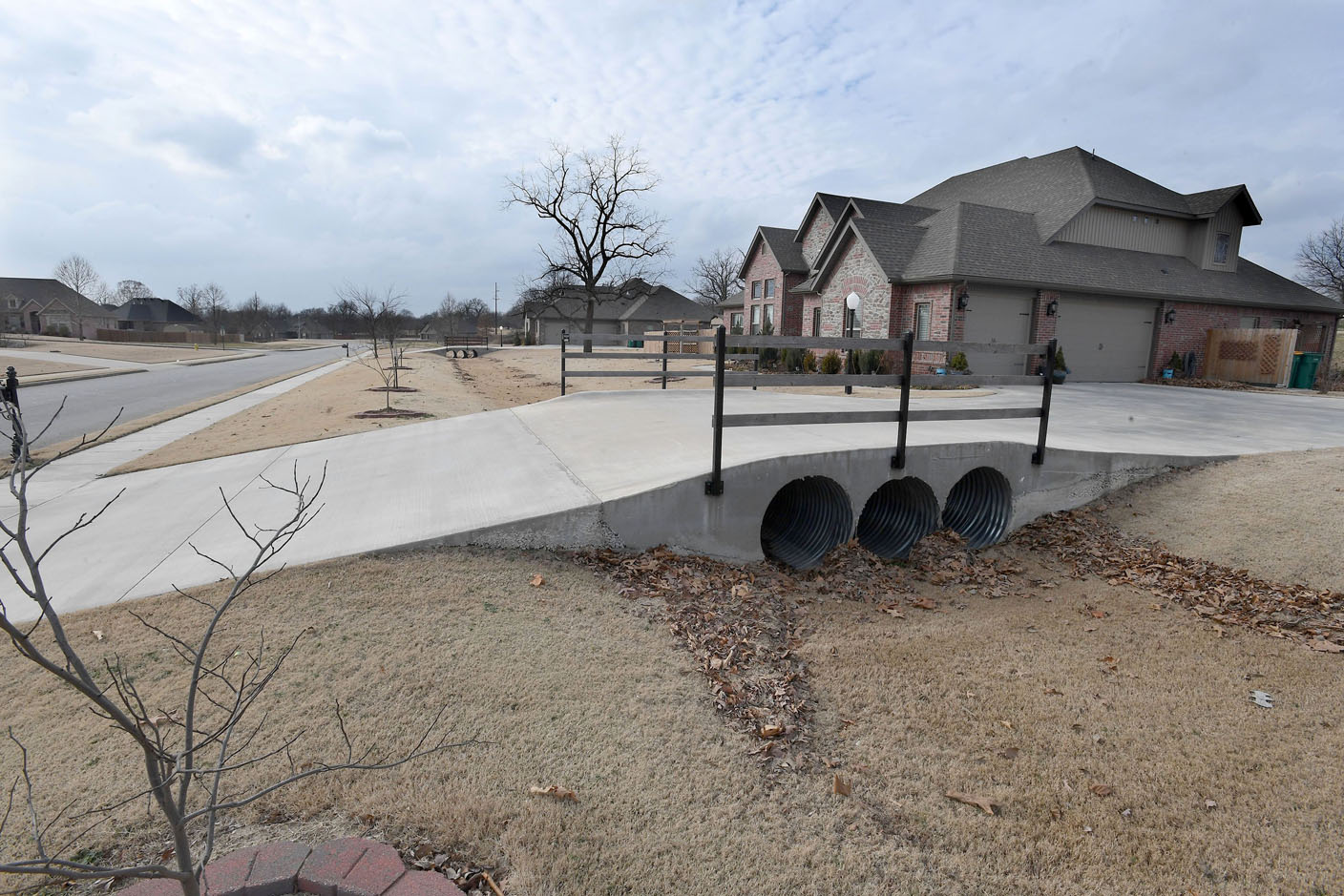 The park in the northwest part of town opens this weekend, said Chad Wolf, director of the city Parks and Recreation Department. The 120-acre park is at the corner of West Downum Avenue and Ball Street.

It’s unlike other city parks as it has no fields for baseball nor softball, Wolf pointed out.

“It’s a family park,” he said. “It’s a big space Springdale has never really had.”

The grand lawn at the center of the acreage provides an open area for play, he said. It’s also wired so the space could be used for concerts or movies, he said.

The city will have spent about $10 million for construction of the park once all the bills are paid, said Wyman Morgan, director of administration and finance. Members of the Willis Shaw family donated stock to the city to help pay for the construction, which earned the city $488,969 when sold, Morgan said.

Shaw was a pioneer in the long-haul poultry and refrigerated trucking industry.

The city bought the 121 acres from Arvest Bank with money from a 2012 bond issue.

The balance of the cost comes from the 2018 bond issue, which included $21.3 million for parks, Morgan said.

Ball fields and a system for recycling the water in the splash pad might come with a future bond issue, Wolf said.

Workers with Milestone Construction will spend this week cleaning the site, Wolf said. They need to remove fences surrounding the playgrounds and install heaters in the bathrooms, he said.

Logan Bond, who lives in the Legacy subdivision north of the park, said he plans to walk, fish and bike with his 1-year-old daughter, Addie Grace, and his pug Data.

Walking around the subdivision can be a challenge, he said Monday, while pushing his daughter’s stroller across a dirt lot with no sidewalk.

Nancy Schisler said the park was one of the reasons she and husband, Lyndal, decided to build a home nearby in the Camelot subdivision.

Three trails cover almost 3 miles in and around the park, Wolf said. Another trail goes through the forested area on the northeast side.

The splash pad is the biggest in the city, with others at the Randal Tyson Recreational Complex and the C.L. “Charlie” and Willie George Park, Wolf said. So is the dog park, which includes wooden features for obedience training.

Three mounds sit near the northeast playground. “I’m not sure what those are for, but kids will love climbing on them,” Wolf said.

The park also includes 2,100-square-foot maintenance shop for tractors, trucks and mowers. Wolf said three, full-time employees will be based there.

Fire Station No. 9 is under construction on the northwest corner and should go into service in July, said Fire Chief Mike Irwin. The station’s location will increase in importance as more subdivisions are built, he said. The residents will see decreased response times.

The city expects the construction of Station No. 9 to cost slightly over $3 million, Morgan said.

Wolf said this weekend will be a soft opening, with a grand opening planned May 1. That celebration will include Station No. 9.

Cities decide how to move forward without statewide mask mandate