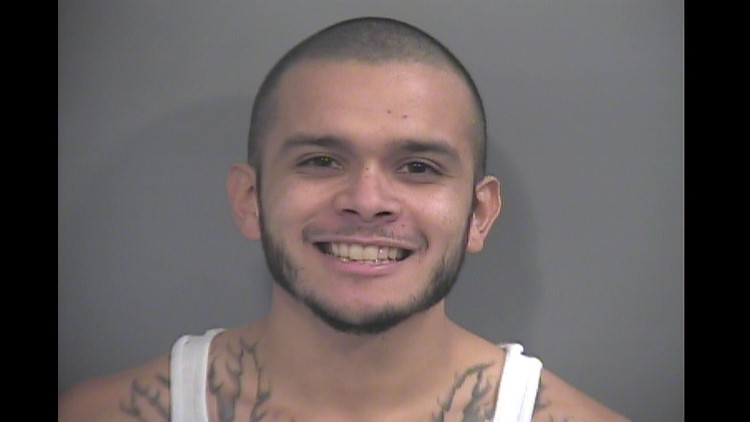 FAYETTEVILLE, Ark. — Neilton Gold has been identified as one of two suspects in the July 21, 2017, hit-and-run wreck that killed Elizabeth Pritchett.

Gold, 19, of 523 Jason Court, B, in Springdale, was booked into the Washington County Detention Center on Thursday in connection with theft by receiving, leaving the scene of an accident with injury, tampering with physical evidence and criminal mischief. Gold was being held Friday on $25,000 bond.

Washington County Prosecuting Attorney Matt Durrett confirmed Friday that Gold was arrested in connection with the 2017 accident. Gold was the driver of the vehicle involved in the accident, according to an affidavit for an arrest warrant filed in Washington County Circuit Court.

Fayetteville police have said the wreck was reported around 4:38 a.m. on July 21, 2017 at the intersection of Salem Road and Persimmon Drive. Pritchett, 23, of Fayetteville, was hit by another vehicle while riding her scooter. Pritchett was taken to Washington Regional Medical Center and later died from injuries suffered in the wreck. The other vehicle left the scene.

In a post on the Fayetteville Police Departments Facebook page, police said they recently received a tip from out of state with information that would be known only by someone involved in the wreck.

Police said the information led them to a lake where dive teams from Washington County and the Nob Hill Volunteer Fire Department found the stolen vehicle that had been involved in the wreck.

Sgt. Anthony Murphy, spokesman for the Fayetteville Police Department, said Friday he could not release any information about the second suspect arrested. Both suspects were juveniles at the time of the accident, Murphy said.