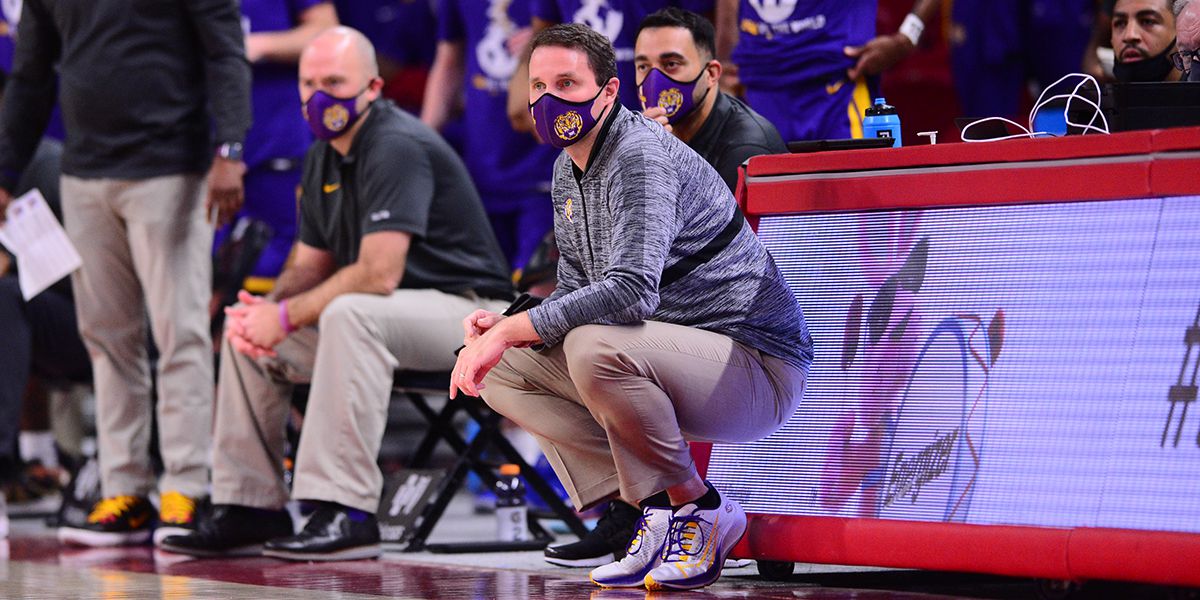 FAYETTEVILLE, Ark. – The LSU men’s basketball team got off to a great start against a tough road opponent in No. 20 Arkansas but the home team dominated the second half on Saturday, at Bud Walton Arena in Fayetteville, Ark.

Cam Thomas once again led the way for LSU with 25 points on 11-of-19 (58%) shooting but just 1-of-5 (20%) on 3-pointers. He also had seven rebounds, an assist, and a block. Trendon Watford added 16 points, seven rebounds, two assists, and a block. Javonte Smart had 15 points, five rebounds, and four assists. Darius Days got into foul trouble early and never found his shot. He was 0-of-8 from the field. All of his shot attempts were from beyond the arc. He finished with four fouls.

Arkansas was led by Justin Smith, who finished with a double-double on 19 points and 10 rebounds. Moses Moody added 18 points, eight rebounds, and five assists.