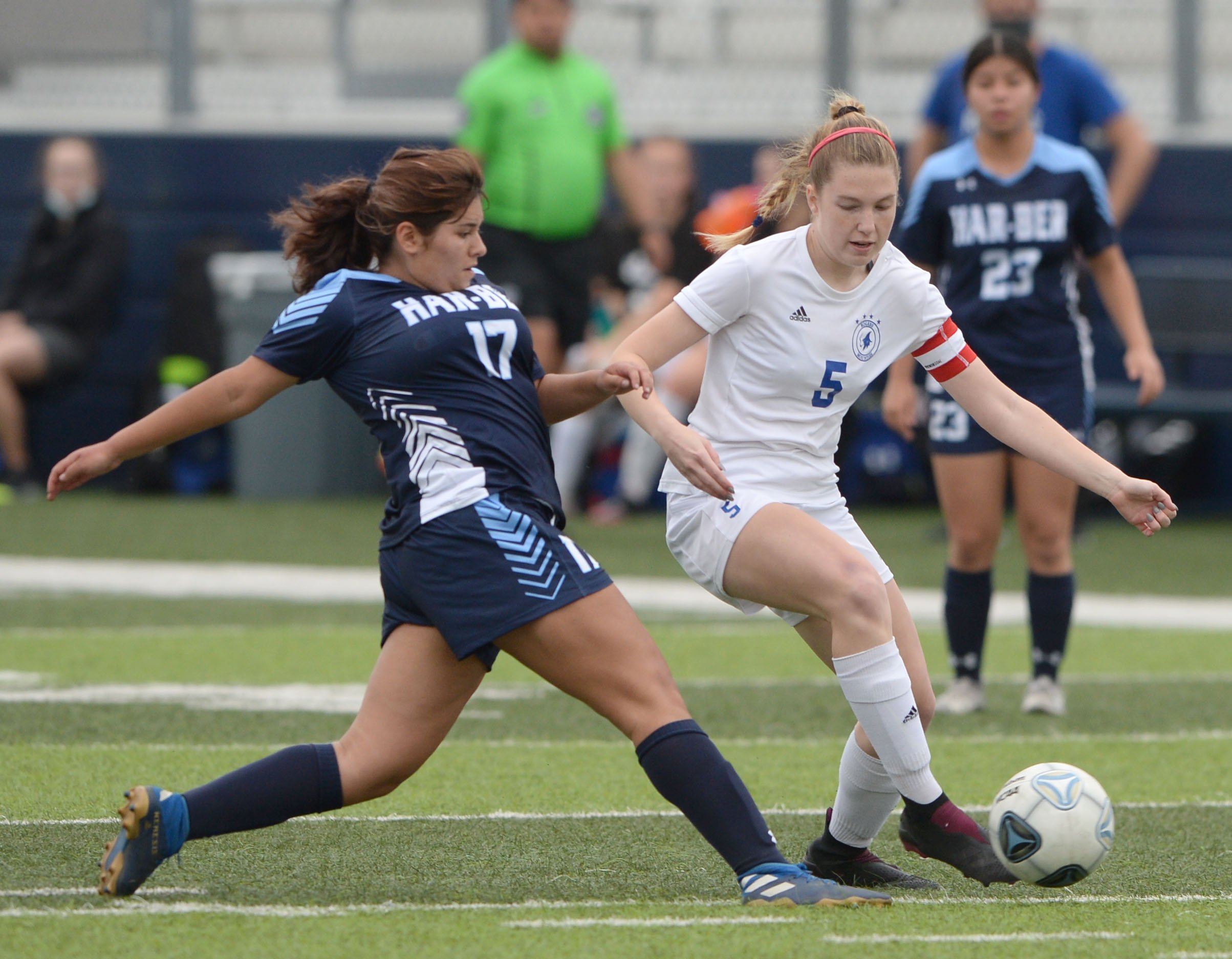 SPRINGDALE, Ark. — Rogers High avoided a tie for the first time in four matches and did so in a big way Tuesday.

Rogers received goals from five different players and defeated Springdale Har-Ber 5-0 in 6A-West Conference action at Wildcat Stadium. Kendall Green scored the only goal in the first half before Rogers added four more scores in the second half on goals from Hattie Hinkle, Jourdan Badely, Riley Kennedy, and Allison Golden.

The victory ends a stretch of three straight ties for Rogers (7-2-3), which begins the week in third place in the conference. Two of the ties came against Fayetteville and Bentonville, the co-leaders in the 6A-West. The Lady Mounties also managed a road win Tuesday after beginning last week with a 2-2 tie against Bentonville West.

“The fact that we came out in the second half and turned on the switch, that was everything right there,” Rogers coach Oscar Cardona said. “We need to be in that mindset that we need to win and get those points (in the standings) that help us out. We did that tonight.”

Green made a superb individual play to account for the only goal in the first half with under 12 minutes left before the break. The senior midfielder chased down a loose ball near the home sidelines at Wildcat Stadium and got off a shot on goal from a sharp angle about 15 yards away. Green kicked the ball sharply and it landed behind the Har-Ber goalie into the far side of the net.

Rogers added four more goals in the second half against Har-Ber (3-6-2), which failed to amount much offense during 80 minutes of play Tuesday. Hinkle scored with 28:57 left to play before Badely scored to give the Lady Mounties a commanding 3-0 lead with 23:08 remaining.

Rogers then capped off its offensive performance with goals by Kennedy and Golden to finish the rout.

“That just shows you we’re pretty dynamic in all aspects,” Cardona said. “We have everything we need. We don’t have to rely on just one player.”

Rogers will continue league play against Rogers Heritage on Friday before ending the regular season against Springdale on May 4.