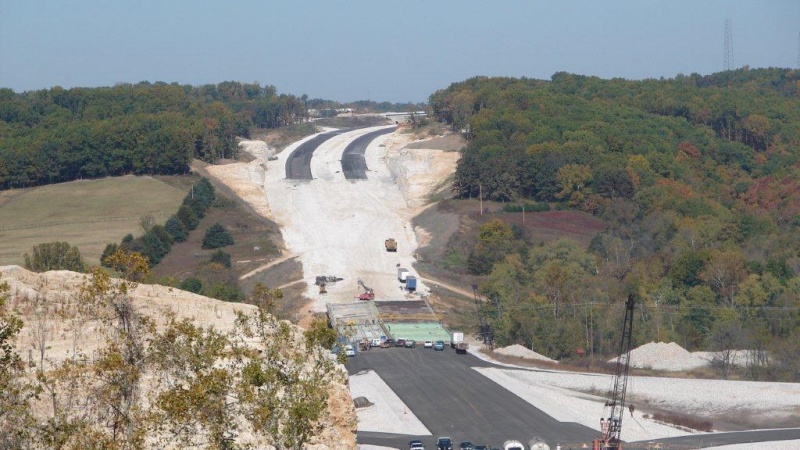 FAYETTEVILLE, Ark. — A state highway program backed by the governor and described as vital by local leaders drew little support from Republican candidates in contested legislative races in Northwest Arkansas.

The candidates responded to a questionnaire from the Northwest Arkansas Democrat-Gazette. The candidates are all on the Nov. 3 general election ballot and seek to represent districts that include at least some part of Benton or Washington counties. All but three of the 26 candidates participated.

The question about highways was: “Do you support the highway tax on the November ballot? If it fails, what do you think the region should do to fund roads?”

Gov. Asa Hutchinson, a Republican, supports the proposal on the Nov. 3 ballot, put there by the Legislature. Issue 1 would permanently extend the half-percent sales tax for highways and roads. That tax was initially approved by voters in 2012 for a 10-year period.

Two of the 11 Republican candidates responding to the questionnaire fully supported the proposal. Five opposed it. Four more said the issue was up to voters now, with two of those four expressing concern about putting a sales tax in the state constitution.

On the other side of the partisan line, eight of the 12 Democrats responding support the highway proposal. One said a road program is vital, but had reservations about this plan. One said she hadn’t reached a decision. Two oppose it.

City and county street and road departments receive a portion of the money raised by the soon-to-lapse 2012 tax. Those local governments would receive the same share under the new proposal.

According to figures compiled by the Springdale Chamber of Commerce, Springdale will lose $1.6 million a year from its street budget without the half-cent tax. Fayetteville will lose $1.7 million, Bentonville $822,000 and Rogers $1.3 million.

Benton and Washington counties would lose about $5.6 million each according to chamber figures. Local chambers, the Northwest Arkansas Council regional group, county judges and mayors have all declared support.

Opponents include the Arkansas chapter of Americans for Prosperity, an anti-tax group.

The permanent tax proposed in Issue 1 would go into the Arkansas Constitution, where it would not be subject to change by the Legislature. This aspect turned out to be the main objection cited by candidates who oppose the measure.

“The state constitution is not the place for an unchangeable sales tax to be,” said Rep. Jim Dotson, R-Bentonville. “The Legislature, elected by the people every two years, should be held accountable to enact or reduce taxes as needs change. There are surpluses almost every year, that, in addition to allocating road-user generated revenue from sales tax on tires, car batteries, etc., should go to cover the ongoing cost of roads and that can be done without raising taxes.”

“Yes, I agree with Gov. Hutchinson and will vote for the highway tax,” she said. “We need infrastructure to support the economy and everyday life. It will cost us more in the long run to not maintain our roads, and we need lawmakers to work across the aisle and at every level of government to make sure we’re making smart spending decisions on transportation and not wasting money on projects that will have to be redone.”

Bonilla proposed repealing recent tax cuts to raise the money needed for roads if the sales tax fails in the November vote.

Neither candidate in the House District 96 race in Rogers supports the proposal.

District 96 Republican nominee Josh Bryant is against the tax. The 2012 proposal only got approval in the Legislature when its life span was limited to 10 years, he said.

Jon Comstock, Democratic District 96 candidate, cited the same objection to putting a tax in the state constitution made by others.

“I feel like the role of the Legislature is to make these funding choices,” Comstock said. “I do not believe it is healthy to ‘bake into’ a constitution a tax rate and the sole purpose that the funds may be used for — even as worthy of a need as highways.”

More money for roads is one of the nnorthwest region’s most urgent needs, proposal supporters said.

“As a legislator, I receive more calls, emails and text messages regarding road issues than any other,” said Rep. Carlene Fite, R-Van Buren and the incumbent in House District 80. “Good roads are not only vital to our economy, but it’s a matter of safety, too. It’s an essential part of our daily lives, and we must take care of our highways, roads, and bridges.”

“If it fails, and we don’t have the budget to finance the highways, I think we ought to look at repealing the tax cut for the wealthiest 5% of Arkansans to finance the roads,” she said. She referred to a tax cut passed in 2019 and scheduled to take full effect in January, reducing the tax rate for the top income bracket. The January reduction will drop the top-tier state income tax bracket from 6.6% to 5.9%.

Rep. David Whitaker of Fayetteville is an officer in the House Democratic delegation and is a former minority leader. He voiced strong support for the highway proposal. The Legislature has debated money for highways for years, he said. Much of his support for the November measure derives from seeing so many other options that are worse, he said.

“Without the dedicated highway sales tax, we may see a renewed effort to begin tapping into our general revenues for the funding,” Whitaker said. “I have long resisted this, because highway funding would be competing directly with our public schools and higher education for already precious and scarce resources.”

“We should find ways to be more efficient in our government to reduce spending, providing for more available funds for things like roads and education,” he said.

Reminder: Campaign signs on highway right-of-way could be removed