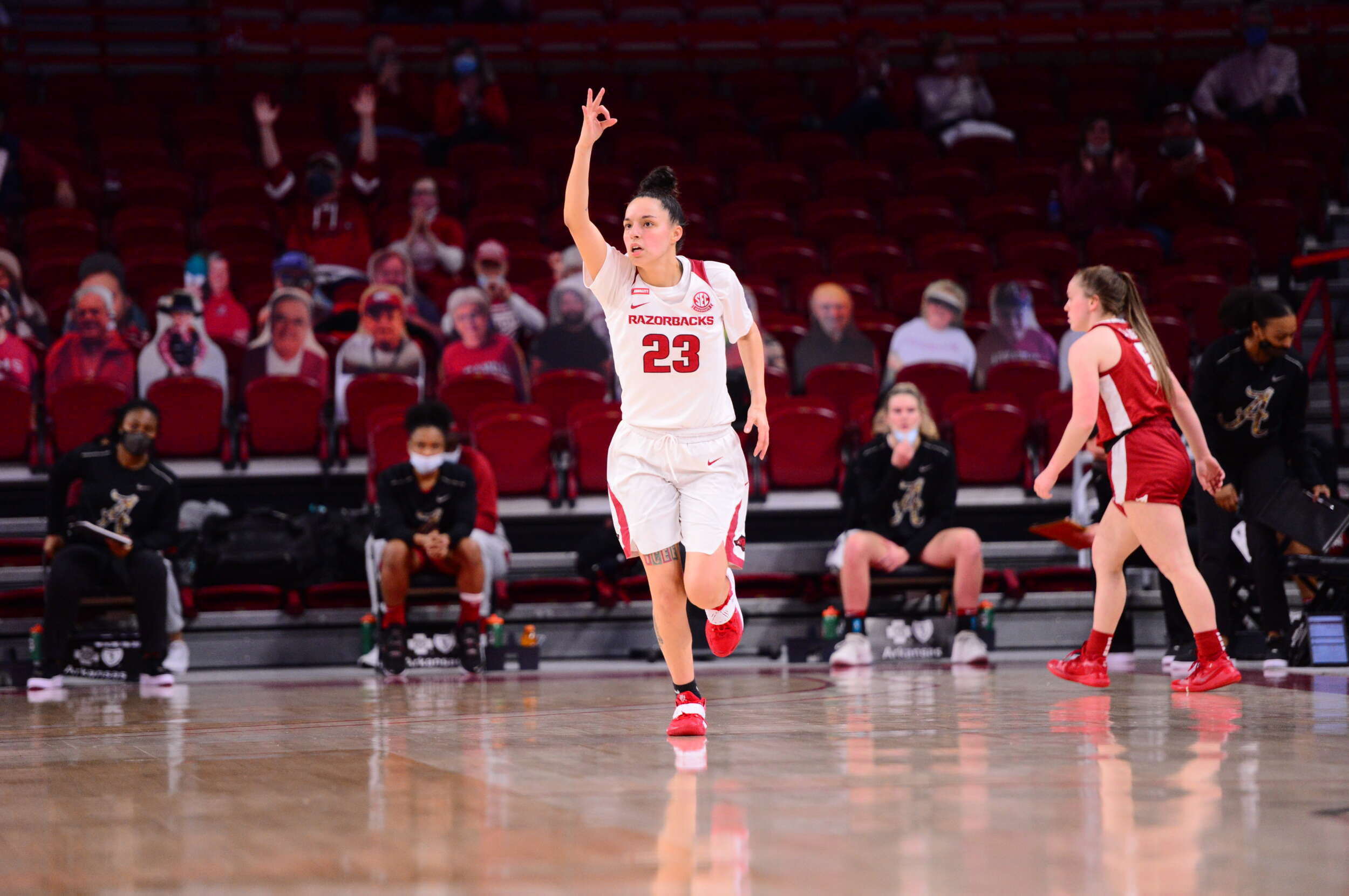 Arkansas– No. 16 Arkansas (19-7, 9-6) finished the regular season with a game to remember, beating the Alabama Crimson Tide (15-8, 8-8) on Senior Night, 94-76. Head Coach Mike Neighbors’ Hogs went supernova from beyond the arc in the regular season finale, hitting 19 threes as a team, a program single-game record. That total is also a single-game SEC record. With the win, Arkansas finished with nine SEC wins, only the third time in school history the Razorbacks have reached that threshold (2019-20, 2011-12).

It was a special night for redshirt senior guard Amber Ramirez, who put on arguably her greatest performance as a Razorback in her final game in Bud Walton Arena. The sharpshooter poured in 35 points, a new career-high, while making eight of her 14 threes, a season-high, and just one make short of tying Wendi Willits’ single-game record. Fellow redshirt seniors Chelsea Dungee and Destiny Slocum got in on the act as well, going for 20 points and 17 points, respectively.

The Hogs got off to a blistering start from deep, knocking down eight of their 14 long balls in the first quarter, spearheaded by Ramirez’s five first-quarter threes. Ramirez sent two more threes home in the second quarter, totaling seven triples in the first half. Arkansas’ hot shooting helped the Razorbacks build a 51-39 lead over the Crimson Tide heading into halftime.

Alabama started to surge back in the second half, though, winning the third quarter, 19-16, but Arkansas would not be denied on Senior Night. The Razorbacks dominated the fourth quarter, 27-18, aided by 12 more points from Ramirez in the final frame. Dungee sealed the three-point record with an incredibly difficult step-back jumper from deep in the game’s final minutes, putting the game on ice.

With the regular season in the books, Arkansas heads back to Greenville, S.C., where they will take part in the SEC Tournament. Their first game will come on Thursday, when they will play Ole Miss. The game will be the nightcap on Thursday, and will be televised on the SEC Network.