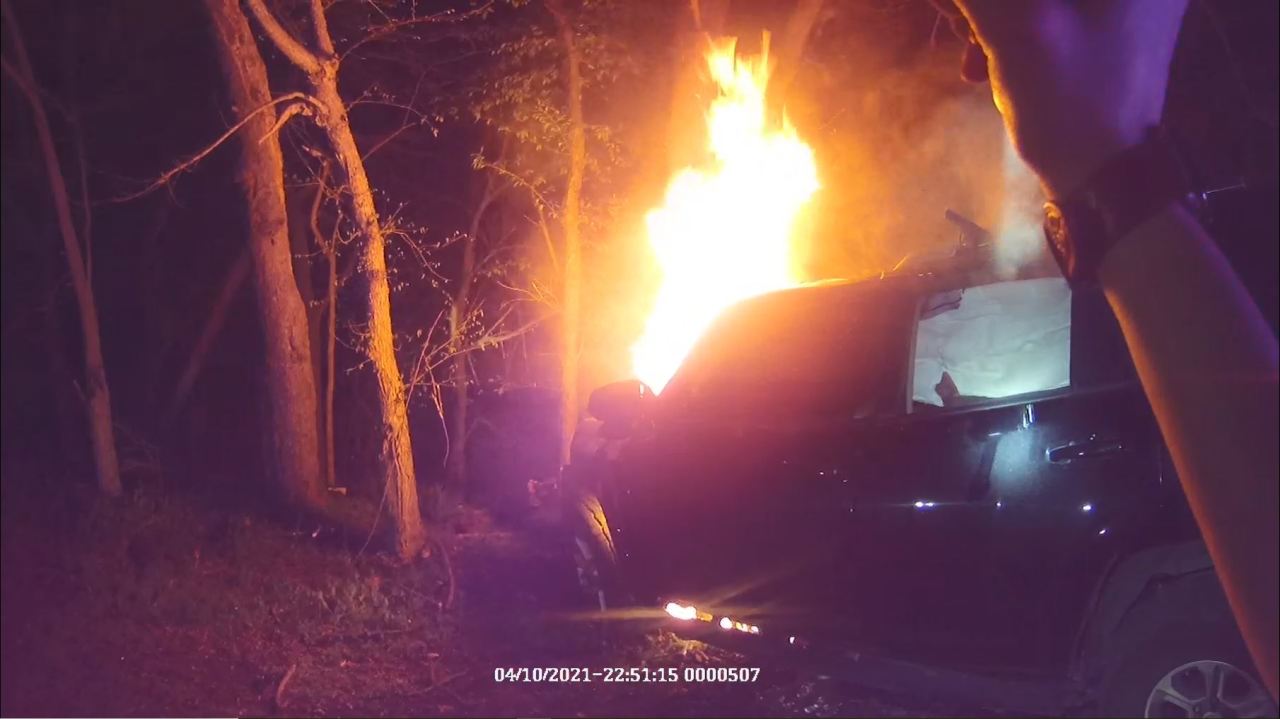 TONTITOWN, Ark. — The Tontitown Police Department in Arkansas confirmed that two officers attempted to stop a stolen vehicle in the area of Liberty and Brush Creek Road late Saturday night and were led on a chase that ended when the suspect vehicle crashed.

Police said the suspect inside the vehicle was reportedly armed.

The vehicle fled from officers resulting in a chase that ended when the driver missed a turn and hit a tree head-on.

The car caught fire and officers tried to order the driver to step out of the vehicle but they did not receive a response.

Officers said they heard screaming inside the car and when they approached they found a female driver who was pinned inside and fire spreading into the cab.

Officers were able to climb in through the passenger window of the vehicle and free the driver.

The suspect was taken to the hospital where she was treated for burns and other injuries.

Police have not yet released the suspects name or charges.