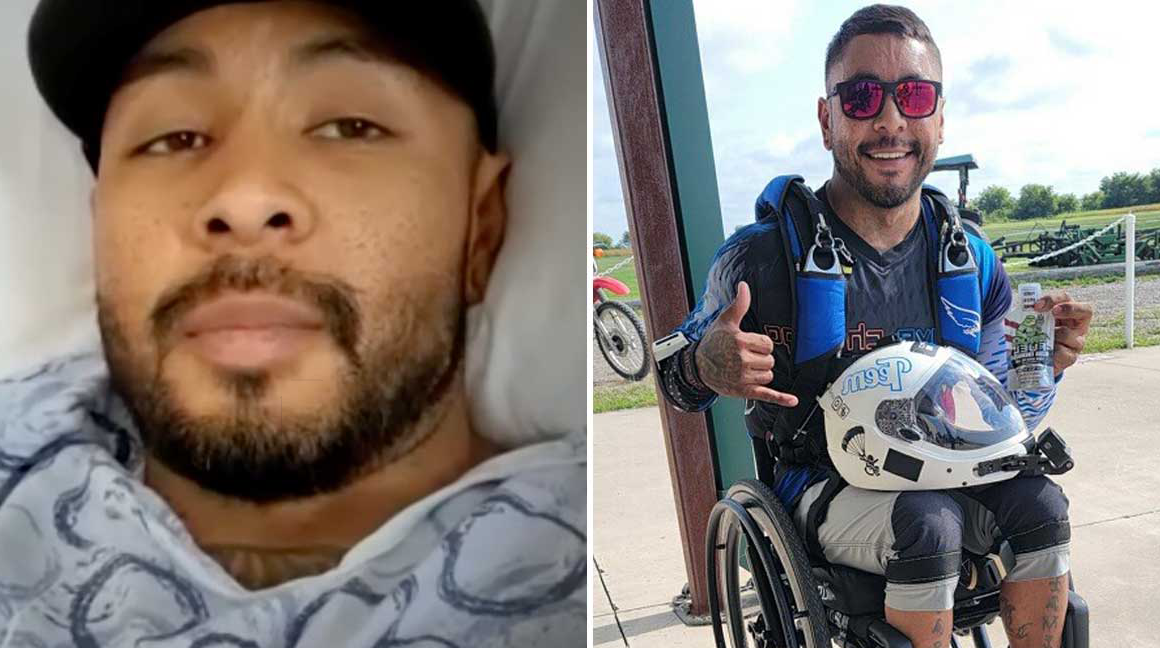 According to the statement, on August 13, his parachute got tangled in his wheelchair and his reserve parachute did not release. The U.S. veteran and licensed skydiver had to rely on a partially detached, semi-inflated parachute as he raced towards the ground near Texas.

His name is Vasquez and he said:

“The tangled parachute slowed me down and I landed at about 12 miles per hour. It saved my life. I hit the ground and I could feel the impact. I knew not to move from the position that I landed and waited for emergency help to arrive.”

The man lost use of both of his legs while serving in the Middle East in 2009 and he survived the fall, but not without injury.

He was transported to Medical City McKinney, where he was diagnosed with a femur fracture after the accident and multiple spinal fractures.

After minimally invasive surgery and rehab, doctors are positive that he’ll be able to return to his regular active lifestyle within a few months.

Despite the potentially near-death experience and his injuries, Vasquez is ready to skydive again.

“I am ready to get back to where I was before this accident with strength training, core exercises and cycling several hours a day,” he said.

White trooper brutally beats a Black man with his flashlight leaving him with a broken jaw, broken wrist, three broken ribs and a cut on his forehead

“Our worst fears came true”, 4-year-old girl was found dead in the same pond she loved to feed fish at