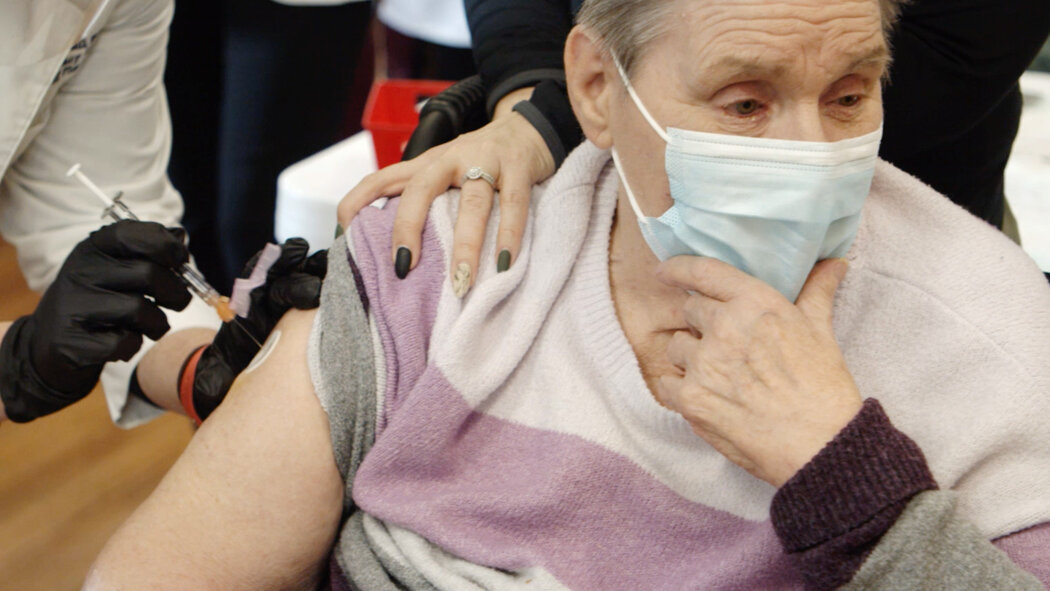 Forty-nine residents at Butterfield Trail Village received the Moderna vaccine Wednesday, said Jay Green, administrator at the facility. About 50 residents live in its nursing home and assisted living areas and about 350 residents in its retirement community or independent living area.

Green said the independent living residents will likely receive the vaccine in about two weeks. They haven’t yet received the vaccine because they don’t fall under the state’s guidelines for who should be vaccinated first.

Green said Butterfield chose to go through Fayetteville-based Collier Drug for the covid-19 vaccine because the facility receives flu vaccines from the pharmacy. The vaccinations went well with no hiccups, he said.

“They know our residents. We know them,” he said.

Staff and residents have been excited to receive the vaccine, he said.

Five Butterfield Trail residents have died of the virus, according to the Health Department.

Some staff members came in on their day off to receive the vaccine. A few weren’t able to get the vaccine because they are pregnant, he said. All but six residents received the vaccine.

“The atmosphere is positive. This is something we’ve been praying for,” Wright said.

Six Bradford House residents have died of the virus, according to the Health Department.

Andrew Mize, pharmacist at Debbie’s Family Pharmacy in Rogers, said the pharmacy received a shipment of 200 doses of the Moderna vaccine Monday and hopes to vaccinate staff and residents at Legacy Village Assisted Living in Bentonville once it has the necessary consent forms.

Mize projected about 70 doses will cover all of the residents and staff at Legacy Village, leaving the pharmacy with about 130 doses that will likely be administered to staff at outpatient health clinics.