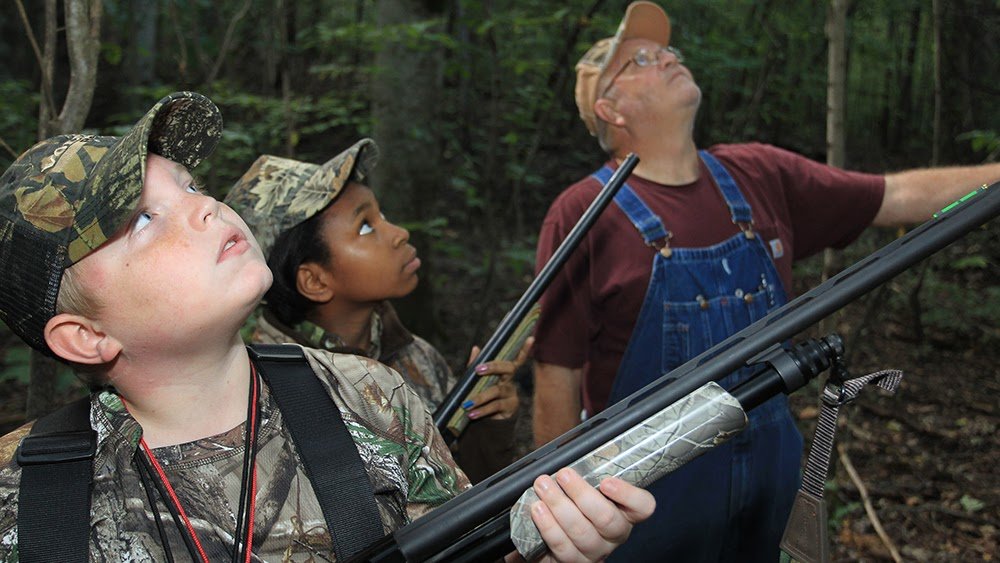 SPRINGDALE, Ark. — The Arkansas Game and Fish Commission will host its inaugural Big Squirrel Classic squirrel-hunting derby May 15 at the J.B. and Johnelle Hunt Family Ozark Highlands Nature Center in northwest Arkansas. The squirrel-hunting contest is a free celebration of the opening of squirrel season in The Natural State.

The contest will be judged by the total weight of squirrels (field dressed) turned in at the center from 2 p.m. until 6 p.m. Thanks to sponsors such as Daisy, Ozark Armory, Backcountry Hunters and Anglers, the Arkansas Game and Fish Foundation and Benton County Quail, prizes will be awarded for first through third place in three divisions as well as a “big squirrel” award. Raffles throughout the weigh-in period also will give attendees an opportunity to win some hunting- and fishing-oriented prizes. Hunters must register in advance. Click here to register.

The following activities will be offered as part of the contest:

Spring squirrel hunting has been an Arkansas tradition for decades. In 2013 the AGFC extended the season from May 15 until the end of February to give squirrel hunters one of the longest hunting seasons in the state. Hunting pressure has a very low impact on the number of squirrels in an area. If a particular patch of woods is hit hard by hunters and starts to see a decline, the hunters will move to the thousands of other public acres available and nearby squirrels will quickly reestablish a population if the food is there.

Fall squirrel hunters often find it difficult to leave the .22 rimfire rifle at home, but shotguns are the obvious tool of choice when it comes to shooting squirrels in spring. Abundant leaves and vines can block your view of the squirrel’s vital area and steamy mornings can cause a rifle scope to fog up and make finding those treetop bushytails a chore. A 12- or 20-gauge shotgun loaded with No. 4 or 6 lead shot can help overcome the frustration and put more squirrels in your gamebag. Those leaves will help conceal you from your prey, and the lack of crunchy fall leaves on the forest floor will let you move much more quietly than trying to stalk October squirrels.

Spring squirrel hunting requires many of the same precautions as hunting in September. The most notable nuisance will come from the bugs. Ticks, gnats, mosquitoes and other biting insects are out in force during this time of year. A good bug repellent containing the chemical DEET is highly recommended. Another chemical called permethrin can be applied to clothes to help the fight against the insect world. A good bug suit may be in order for the true die-hard spring squirrel hunters. If you are fortunate enough to find a spot that will allow you to hunt without moving locations, the ThermaCELL may be more help than any other piece of gear in your bag, but its effectiveness wanes when you’re on the move.

It’s also a good idea to keep an eye on the ground and inspect any trees carefully for snakes resting at their base before choosing a place to rest or lean against. Nearly all bites from venomous snakes come as a result of someone harassing the animal or accidentally stepping or sitting on it. If you see a snake, simply give it a wide berth and find another place to rest your bones.

Caring for squirrels you harvest can be tricky in the heat of summer. It’s a good idea to have an ice chest and ziploc bags handy back at the truck to unload your harvest and keep the meat cool for the ride home, but how do you care for the squirrels while still in the field? Wearing a mesh vest with a ventilated game bag like those used during dove season can help cut down on spoiling meat. Some hunters even prefer carrying their squirrels in their offhand using a small stick through the hind legs. Either way, field dressing the squirrels to remove the intestines and facilitate airflow can be a huge help in preserving the flavor of Arkansas’s first free-range protein.

Church notes: Unity Church of the Ozarks offers a Little Free Pantry by the front door