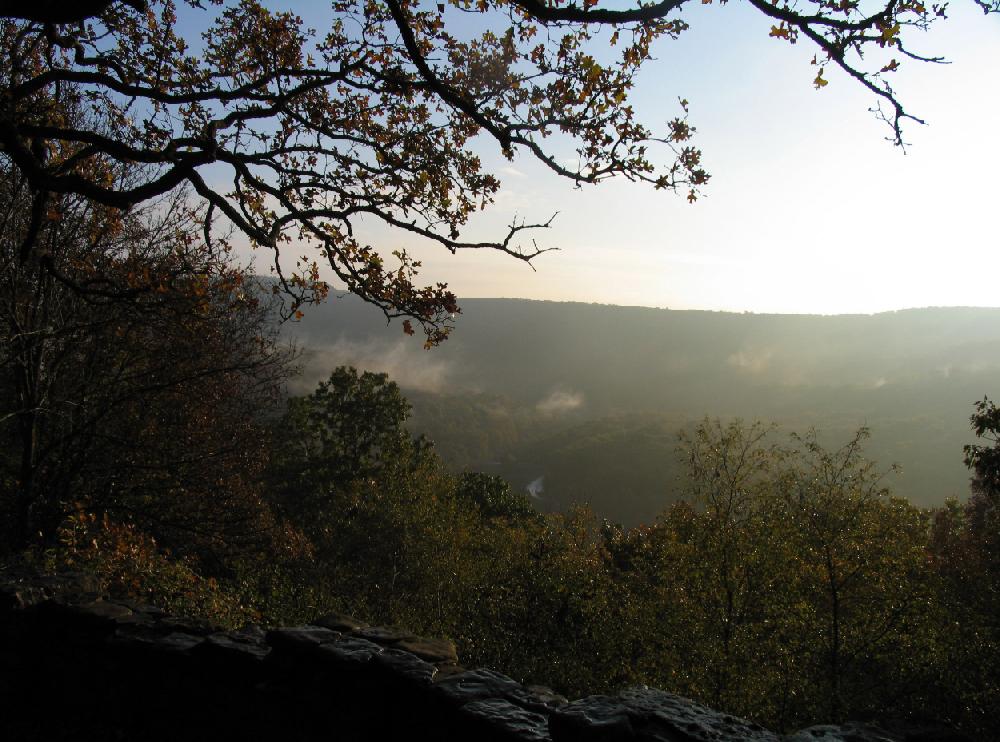 FAYETTEVILLE, Ark. — About 700 acres of wooded land north of Devil’s Den State Park has been added to a project that aims to create a wildlife corridor from the park to the Ozark National Forest east and west of Interstate 49.

The Northwest Arkansas Land Trust announced March 8 that Jack Butt, a Fayetteville lawyer, has donated a conservation easement on the property that will allow for its permanent preservation. The 700 acres is an expansion of the wildlife corridor project, which now includes more than 1,700 acres.

Marson Nance, director of land protection and stewardship with the Land Trust, said the organization had acquired another easement on more than 1,000 acres near the northern end of the Bobby Hopper tunnel along the interstate. The Butt property is about 2.5 miles north of that parcel, Nance said.

Nance said the conservation easements are perpetual legal documents through which property owners agree to limit development on their land. The goal of the trust is to preserve natural areas.

“This is a long-term project we’re working on,” he said. “We hope to connect all these properties to public land like Devil’s Den and the Ozark National Forest. We’re working to protect water quality for our area, to preserve the scenic value of the area and to protect wildlife habitat.”

The Butt property is important in all those areas, Nance said. Lee Creek, a source of drinking water for the Fort Smith area, runs through the property for more than a mile. The heavily wooded property features rock outcroppings and waterfalls and is home to black bears, turkeys and several species of bats.

“In this area, there are a lot of species that are in need of conservation,” Nance said.

Butt said he and some partners bought the land in 1992 as an investment and for use as a sort of retreat, where they could go to enjoy hiking, camping and hunting.

Butt said the area was settled in the years after the Civil War and some signs of its past use remained. He said he found rock walls, hand-dug wells, foundation stones and crumbled chimneys. He said the original Bethlehem Church was in the area before being relocated, and the church graveyard remains along with a few parts of the foundation, an ornate wire fence and an iron, wood-burning stove.

His research showed the area was a settled community before being allowed to return to a more natural state, Butt said.

“There’s a lot of research I’d like to do or have someone do for me,” he said. “In talking with people whose families had lived around there, I discovered it was a very active community in the 1890s. I have one old photo showing about 150 people, all dressed in their Sunday best, standing in front of a little clapboard church. That is right in the center of our property where now it’s just wilderness.”

Butt said he bought out his partners in the property some years ago and was recently approached by the Land Trust about the possibility of granting a conservation easement. Butt said he was familiar with such easements through his law practice. He said he sold a building used by his law firm for more than 30 years and saw the tax benefits.

He said he and his wife, Anne, agreed the preservation of the land in a natural condition was a good idea.

The family can still hike, camp and use the land for outdoor recreation, but can’t cut timber, for example. There are clearings for four cabins on the property that would be on about four of the 700 acres if they are built, he said.

“We can’t build anywhere else, and we have to use natural materials or materials that fit in with the surroundings,” he said.

Butt said the size of the property also made it a good fit for a conservation easement in an area where preserving wildlife habitat is one of the goals.

“You can’t just grab 40 acres of land someplace, it has to be large enough to be beneficial,” he said. “Lee Creek runs right through the middle of the property, and there are rare and endangered bats that have some habitat around here. The Land Trust has a goal of connecting natural areas on both sides of I-49 so wildlife habitats won’t be divided. Forty acres won’t support a wild bear, but 500 acres will.”

The preservation of natural space in Northwest Arkansas has been a rising concern as the area’s population grows and development spreads from cities to once-rural areas.

The Northwest Arkansas Regional Planning Commission assisted with the development of the Open Space Plan, which was completed in 2016. The initial draft of the plan notes that Northwest Arkansas is the fastest-growing area in the central United States with population projections at that time indicating the area would be home to more than 800,000 people by 2030. The plan set a goal of working with property owners and conservation groups to protect some undeveloped areas.

Elizabeth Bowen, project manager with the commission, said the organization is reviewing its 2045 Metropolitan Transportation Plan. That plan includes a section on the environment and details a number of conservation achievements since the adoption of the Open Space plan in 2016.

Bowen said much of the work done on the Open Space plan since it was adopted has focused on educating people about the importance of conserving natural areas and the ways in which that can be done.