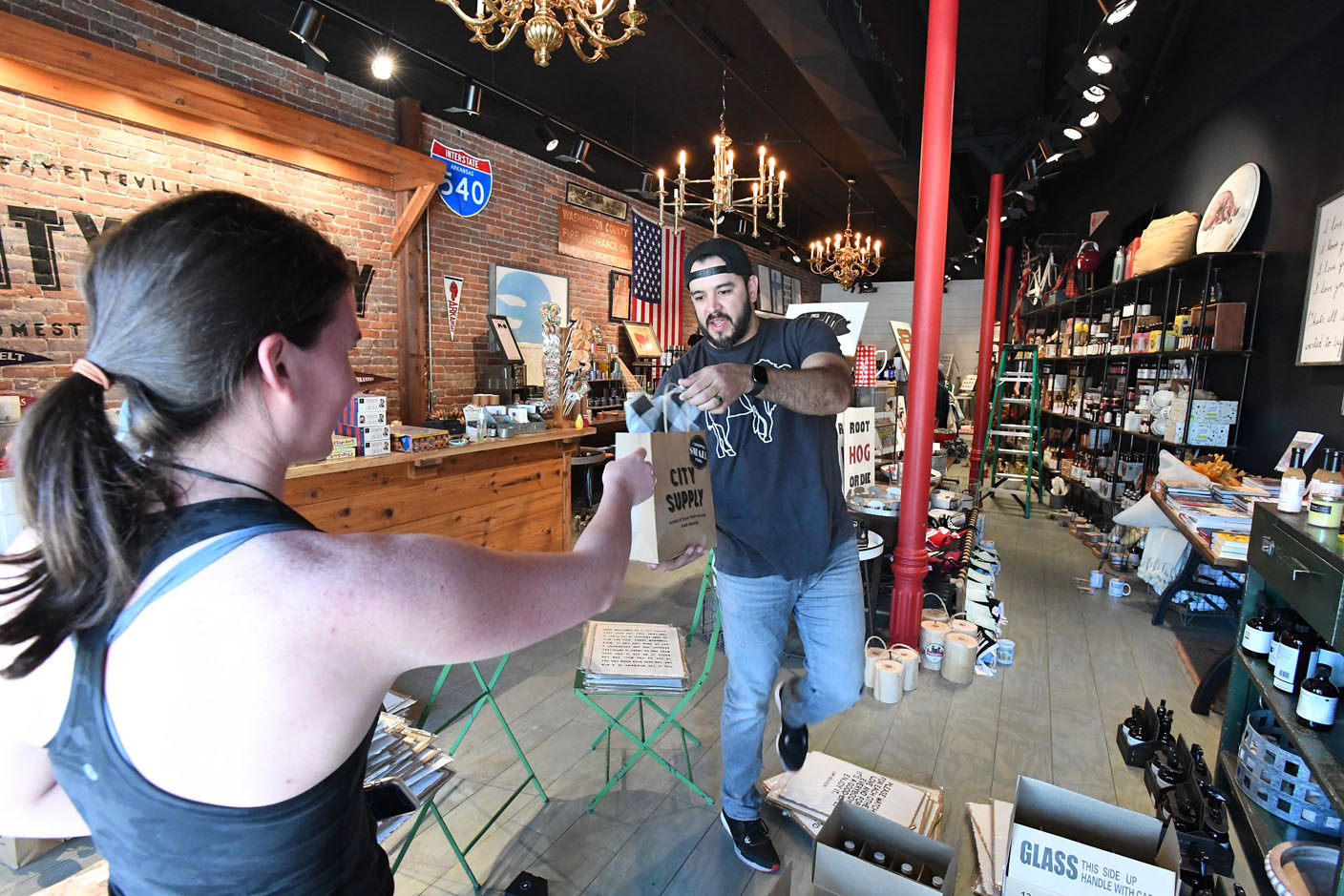 FAYETTEVILLE, Ark. – Financial officers for Northwest Arkansas cities and counties say they’re prepared to weather an economic downturn as a result of the covid-19 pandemic, but how long that will last is anyone’s guess.

There’s a two-month lag in the time retailers collect sales tax and when municipalities receive the money. This month’s collections will arrive in May.

Anticipated sales tax revenue this year for most of the major cities and the two counties in Northwest Arkansas compared to their overall general fund is as follows. Budgets were made before the effects of the covid-19 pandemic reached the region:

That means financial officers have no basis yet to make a projection. The variables are numerous, and the pandemic is unprecedented, so there’s no comparison to past events, said Paul Becker, Fayetteville’s chief financial officer.

Cities depend on sales tax revenue to pay for employees and operational costs. For instance, about 60% of the revenue for Fayetteville’s $48.7 million general fund comes from sales tax.

If financial analysts knew how long the pandemic will last, they could make some estimates once numbers start coming in, Becker said.

April will likely serve as a better indicator than this month, Becker said. Closings and halted sit-down services at bars, restaurants, salons, gyms and other establishments started statewide about midway into the month. Hotels started shuttering, too.

Some cities, such as Fayetteville and Springdale, have a hotel, motel and restaurant sales tax in addition to a city sales tax. Revenue from taxes on hotels and hamburgers goes toward something other than a city’s general operation. Springdale’s 2% hotel tax, for instance, goes toward tourism promotion.

The Center for Business and Economic Research at the University of Arkansas released a study last week trying to paint a picture of the losses Northwest Arkansas could see from the coronavirus pandemic.

The study focused on restaurants and food services, bars and clubs, hotels, personal care services such as barbershops and salons, gyms and health clubs.

Sales in those industries could fall by $202.2 million in the four major cities, according to the study. That would equate to a $4 million decline in sales tax revenue region-wide.

The study isn’t meant as a predictor of what’s to come, but more as an “if this, then that,” sort of scenario, said Mervin Jebaraj, the head researcher of the study. The study’s model makes a few assumptions.

For instance, most of the measures put in place to contain the spread of covid-19 happened in mid-March. The study assumes they will remain in effect for April and May but start winding down in June.

The center’s researchers took the same month’s collections from last year and reduced them accordingly. Restaurant sales were scaled back 50% for March and June, and 80% for April and May. Less of a reduction was made for restaurants with drive-throughs.

Some of the businesses in those industries may not come back, Jebaraj said. It’s vital that assistance comes from the federal, state and local governments in the form of grants and loans, he said.

“It is very important to get that out to them immediately,” Jebaraj said. “Most of them can’t last two weeks. They’re about to close, if they haven’t closed already. And it’s hard for them to get back open once they’ve closed.”

There may be some silver lining. The study from the university didn’t delve into retail.

Wyman Morgan, Springdale’s director of administration and finance, said he expected more of a shift in sales tax revenue than a drop. Residents who can’t go to a restaurant will go to a grocery store.

“Everybody’s buying toilet paper and going out and getting lots of groceries,” Hill said. “So probably from the grocery sector we will see an increase in the next quarter, but probably everything else will be down.”

The largest sources of sales tax revenue in Springdale comes from essential businesses, such as grocery stores, Morgan said.

“I halfway expect if somebody needs some new clothing, instead of driving to Fayetteville or Rogers to shop, they’re probably going to shop online and have it shipped to their door,” he said. “That will move the sales tax from one of those cities to Springdale.”

Some cities have prepared for the worst or readied their emergency funds.

Fayetteville allocated $3 million in case it needs to spend more than budgeted on overtime for public safety personnel or purchase new equipment.

Rogers has a $42 million reserve fund. It takes about $44 million annually to operate city departments aside from streets, said Casey Wilhelm, the city’s finance director. Nine years ago, Mayor Greg Hines decided he wanted to prepare the city if there ever was a turn in the economy and a sales tax shift, she said.

The city likely will see a decline in sales tax revenue, Wilhelm said. But the multimillion-dollar fund will enable the city to keep operating without having to make any major changes, she said.

“We will be looking at where we are this fall going into the 2021 budget process, but for now, we plan to keep operating within the 2020 budget,” Wilhelm said.

Counties and cities operate on a calendar year.

It’s important for cities to keep an eye on the big picture, not just the month-to-month swings, said Jake Harper, Bentonville’s director of finance and administration. The city is uniquely adept at dealing with large changes because of sales tax rebates.

Bentonville’s sales tax revenue fluctuates wildly because businesses such as Walmart get their sales tax rebates in batches, resulting in figures that jump up and down. Businesses are eligible for a rebate or refund of the additional local sales tax paid to their suppliers on business purchases where the purchase invoice exceeds $2,500, according to the Arkansas Department of Finance and Administration website.

As a result, Bentonville administrators take a long view of the year. It’s way too early to know what to expect, Harper said.

“Riding these swings, we’re a little bit more used to it than other cities,” he said.

Counties depend on property tax revenue far more than sales tax. Benton and Washington counties keep less than 20% of county sales tax and allocate the rest to cities based on their population.

Sales tax accounts for $11.4 million of $52.1 million in total revenue budgeted for Benton County’s general fund this year, or about 22%. Property tax revenue makes up about 56% of the general fund budget.

However, if sales tax revenue comes in way under budget, the county’s finance committee will need to have a conversation, Comptroller Brenda Guenther said.

Also, if people are out of a job and can’t pay their property taxes, a normally reliable source of revenue could become unstable, she said.

“We know what’s expected, but what’s actually going to come in?” Guenther said.

Washington County was heading into a strong year sales-tax wise, Hill said. Collections from November, December and January were up nearly 7%, or about $132,000 more over the same months a year before, he said.

The county received $7.9 million in sales tax revenue last year. Sixty percent of that went to the general fund, with the other 40% going to roads.

One city has already had to make an adjustment. Fayetteville’s City Council was scheduled to take up employee raises this month. Administrators will ask the council to hold off implementing a new pay plan for a future discussion, Becker said. The next City Council meeting is scheduled April 7.