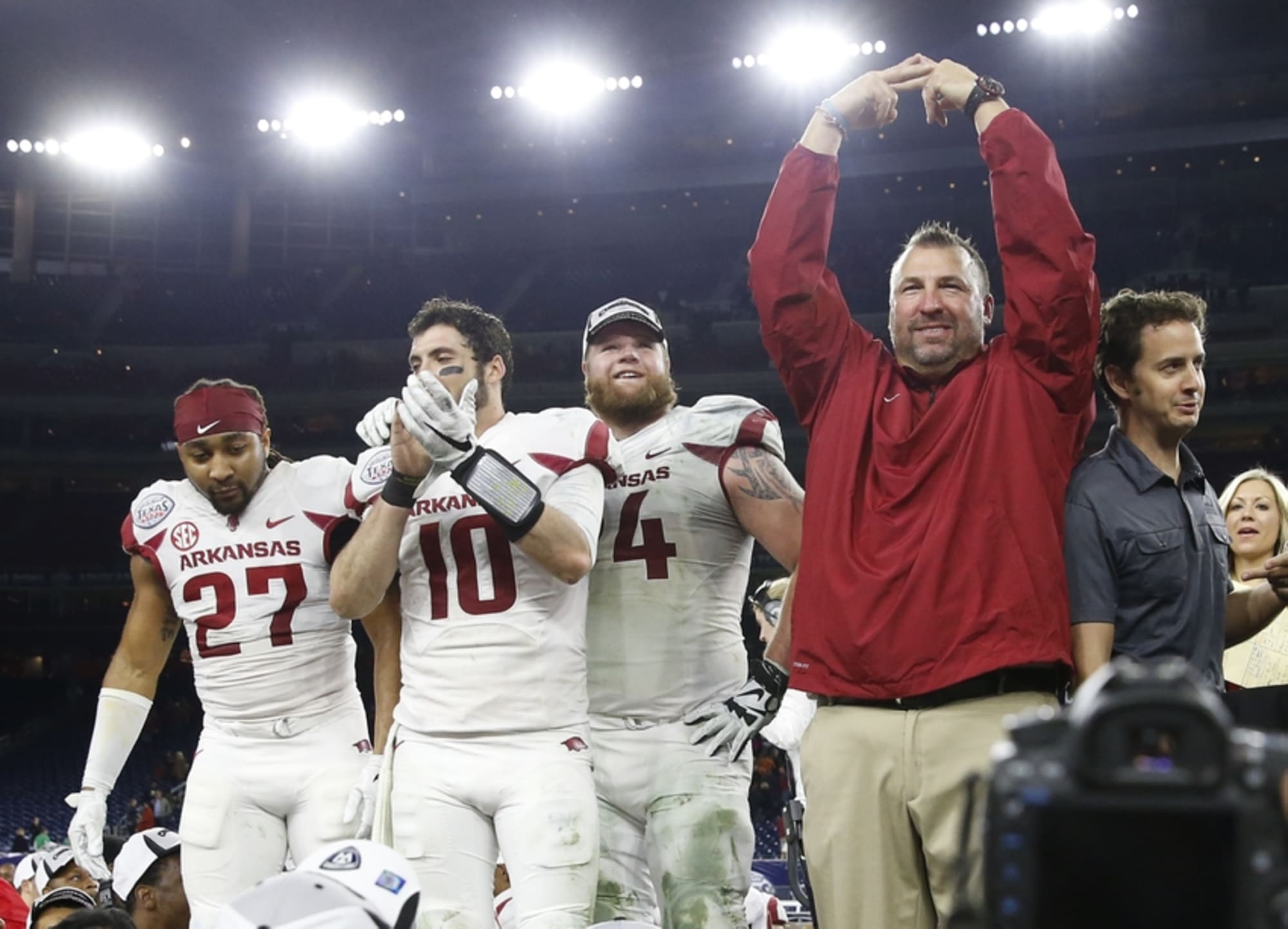 FAYETTEVILLE, Ark. – Trailing by a run in the fourth inning, Arkansas scored four unanswered runs over the next two frames to win its 10th consecutive game, defeating Southeast Missouri, 6-3, at Bogle Park as part of the Razorback Invitational on Saturday evening.

The Razorbacks (10-2) entered the game leading the SEC in homers and hit two more to total 30 for the season. Last year, Arkansas connected on 26 home runs in 25 games.

Infielder Danielle Gibson hit her third homer of the year, a solo shot in the first inning, putting Arkansas on top, 1-0. In the second, infielder Hannah Gammill was hit by a pitch, catcher Kayla Green walked and outfielder Sam Torres singled to load the bases. Nine-hole hitter Keely Huffine was patient and coaxed a walk pushing Gammill across the plate and extending Arkansas’ lead to 2-0.

SEMO (2-7) sent the minimum to the plate over the first three innings but found its offense in the fourth. After an error the Redhawks hit back-to-back homers, grabbing a 3-2 edge.

The skies opened up at Bogle Park after the fourth inning, as rain and lightning sent the game into a one-hour and 36-minute delay.

Immediately after the storm, pitcher Autumn Storms set the tone when play resumed, retiring the side in order on a lineout, a groundout and a strikeout.

Taking the momentum from the quick defensive inning, Burnside singled and Gibson doubled off the top of the left field wall putting runners at second and third. Gammill did her job and lifted a deep sacrifice fly to center, tying the game.

With the game tied at three in the bottom of the sixth, Huffine drew a critical two out walk extending the inning, allowing McEwen to double her home from first and put the Hogs up, 4-3. Burnside gave Arkansas some extra cushion, powering her sixth homer of the year to left, extending the Razorbacks lead to 6-3.

Storms (2-0) pitched her first complete game of the year allowing three hits, three runs and two earned runs while striking out a season-best seven. She did not walk or hit a batter. SEMO’s Rachel Rook (2-4) worked all 6.0 innings, surrendering six earned runs on eight hits and three walks with five strikeouts.

Outfielder Sam Torres recorded her first career multi-hit game, going 2-for-3 with a pair of singles. Arkansas scored four of its six runs with two outs.