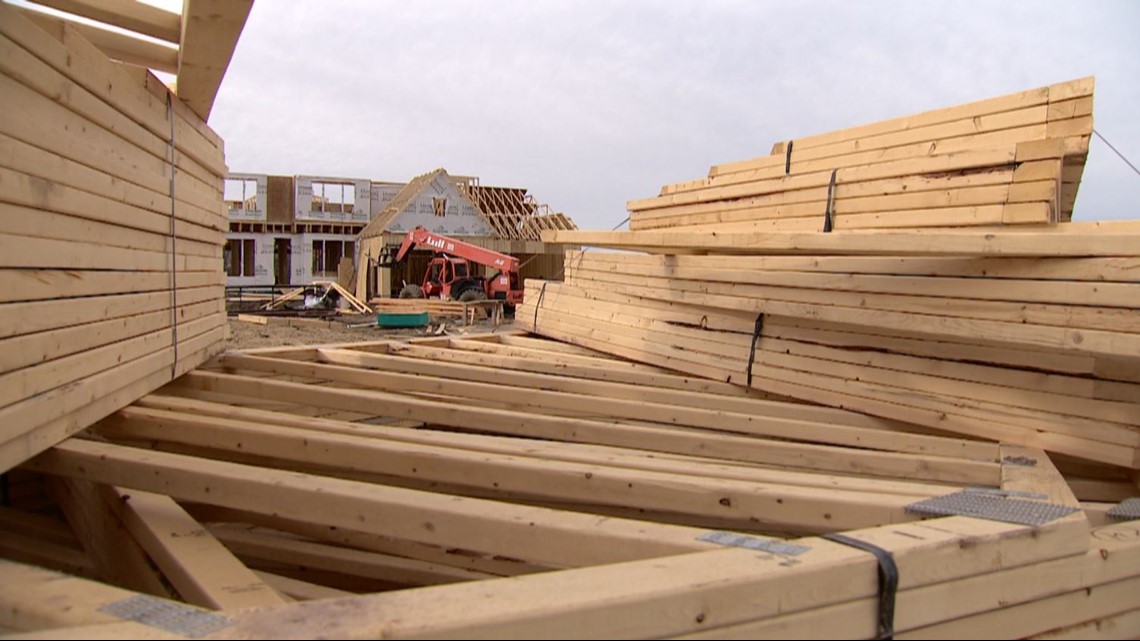 LITTLE ROCK, Ark — According to the National Association of Home Builders, there’s been a 180% increase in lumber prices since this time last year at the beginning of the pandemic.

The spike has caused the price for an average new single-family home to increase by more than $24,000 since last April which affects multiple industries.

“We have some homes here in Conway. I think one home over the weekend that had 27 offers. That’s unreal to me. I haven’t seen anything like that,” said executive broker of Sandstone Real Estate Group, Denise Perry.

She says for realtors, the prices of homes are now going up, along with the lumber which affects potential buyers. That indirectly affects the real estate industry.

Homeowners or buyers in a certain price range now have to consider their efforts more expensive.

Perry says in their current market they have existing buyers that don’t have anything to buy. Lower interest rates attract the potential buyer, but lumber prices being higher limits buyers wanting to build their own homes or add to them.

“If this sustains, we’re going to have less of an absorption rate. That means we won’t have very many houses to buy. We’ll have lots of buyers but not very many listings,” said Perry.

Brad Barron is the chief operations officer for Cornerstone Construction.

He says the lumber price increase has been frustrating, because it hits their margins as a company, making jobs more expensive to do.

“Material prices are through the roof right now. Due to shortages or due to reduced mortgage rates, cause that’s another big driving factor. A part of it’s the pandemic, but the second effect has been that as mortgage rates have come down, home building has gone up,” said Barron.

He says people can get a loan to buy a home which creates a much higher demand for the material which is what’s driving the prices up.

This even affects people wanting to DIY home projects with lumber.

Prices were high even during the pandemic, which makes lumber more costly to fix up your home.

“In our industry, we’re buying for homes that are already there. We’re unfortunately having to pay those prices as well. We’re working to make sure that homeowners and insurance carriers understand that, and then at the end of the day take care of customers as best we can,” said Barron.

New technology helping fix the inconvenience of an overactive bladder