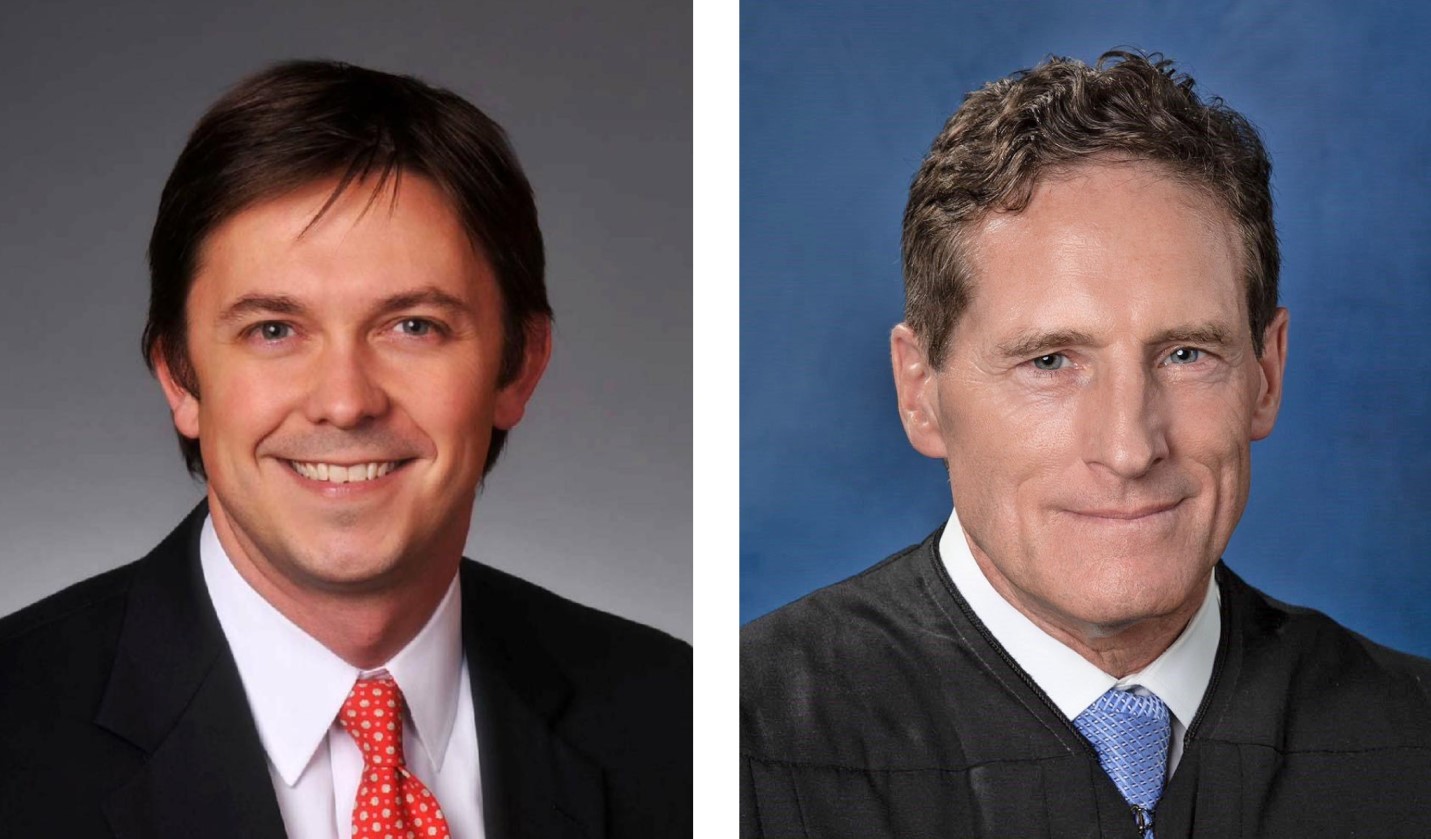 BENTONVILLE, Ark. — A local judge and a former speaker of the Arkansas House were involved in a dispute over a parking spot Friday.

Davy Carter, who served as speaker from 2013 to 2015, posted on Twitter his account of his family’s confrontation with Benton County Circuit Judge Brad Karren, including a short video from the incident, which occurred in a downtown parking lot behind Karren’s courtroom.

Carter tweeted Saturday that he and his wife had dinner at The Hive on Friday. They called their son, a student at the University of Arkansas, to come meet them at the restaurant.

Carter’s son arrived a little after 7 p.m. and parked in the lot next to 21c Museum Hotel at 200 N.E. A St., according to Carter’s tweets. The lot also serves as parking for Karren, his staff and county employees.

A sign at the lot entrance states “Benton County employee parking only, 7 am to 5 pm.” The sign does not state specific days. However, a sign in front of the spot where Carter’s son parked states, “Reserved parking 24/7 violators towed.”

Carter’s son and wife left the restaurant about 30 seconds before he did, according to Carter.

“I walked out and saw a very angry man with a gun on his hip and a cane berating my son and wife because my son parked in ‘his’ parking spot,” Carter tweeted, referring to Karren’s spot. “It was beyond berating, and, like any dad or husband, immediately caught my attention.”

Carter further stated his son and wife repeatedly apologized to Karren, and his son unsuccessfully tried to explain he thought he could park there after 5 p.m. Carter intervened and told Karren not to talk to his son that way and that his son would move the truck, according to Carter’s tweets.

Kevin Trevathan, Karren’s bailiff, was there. Carter said in a post, “I told the little deputy guy that this was all insane.”

The incident lasted three to five minutes and someone videotaped the last part of it, Carter stated in a tweet. He posted a 27-second video on Twitter. The video starts with Trevathan telling Carter there’s nothing to gain and to leave.

The exchange continues and Karren steps toward Carter and throws his cane to the ground. Trevathan steps between Carter and Karren.

Both Carter and Karren declined to comment on the incident Sunday.

Carter, 46, served in the state Legislature from 2009 to 2015 as a Republican from Cabot. He now lives in Jonesboro.

Karren, 58, serves as administrative judge for Benton County’s seven circuit judges. He presides over criminal cases. He was first elected to the position in 2012. He began a new six-year term in January.

The Judicial Discipline and Disability Commission issued a letter of reprimand against Karren in April 2012 when he was Rogers District Court judge for giving special treatment to an employee and for interfering in a case of a rape suspect whose father had been one of Karren’s clients before he became a judge.

Karren also made news in November 2019 when he sentenced a television reporter to 10 days in jail — with seven days suspended — for violating his prohibition against recording court proceedings during murder cases. Karren later ordered the journalist to be released after she had served a few hours of her sentence.