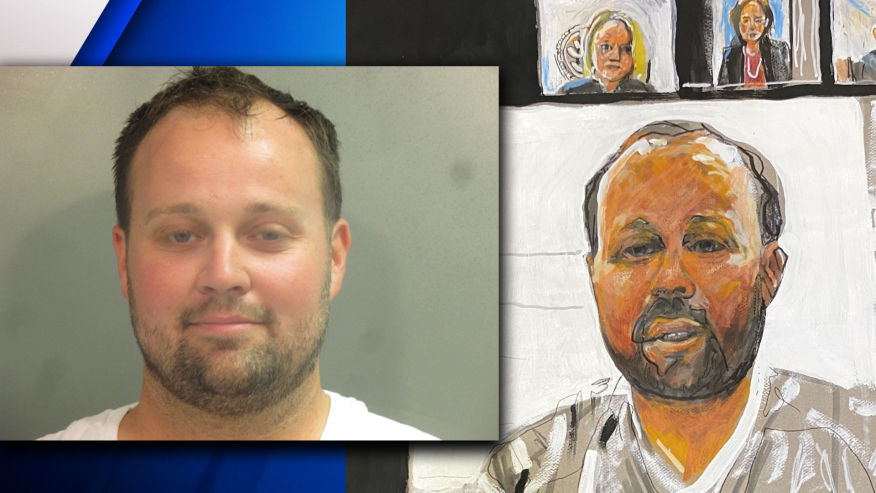 FAYETTEVILLE, Ark. — Former reality show star Joshua Duggar, 33, was charged by indictment with receiving and possessing child pornography. His case is being prosecuted as part of Project Safe Childhood a Department of Justice (DOJ) initiative to fight child sexual exploitation and abuse.

Homeland Security Investigations Fayetteville and the Northwest Arkansas Internet Crimes Against Children (ICAC) Task Force are the investigating agencies in the Duggar case.

Per court documents, in May 2019, Duggar allegedly used the internet to download child sexual abuse material — more than 250 images. Some of the children shown in the images were as young as seven.

If Duggar is convicted of both crimes he could serve 40 years in prison and a $500,000 fine, according to the DOJ.

Project Safe Childhood launched in May 2006 by the DOJ

Investigation from Oregon to Texas to Iowa to Arkansas

Between November 2014 and August 2015, four people were arrested for conspiracy to sexually exploit children — one person, Lacy Brooks, 31, of Searcy, Arkansas pleaded guilty in January 2017 to second-degree sexual assault involving the production and distribution of child pornography. She was sentenced to 20 years in prison.

On September 22, 2015, FBI Special Agents interviewed her at the White County Sheriff’s Department. Brooks, 31, was read her Miranda rights and agreed to waive the rights. The mom of three children confirmed that she engaged in “inappropriate sexual conduct” with a 15-month-old and used her cellular phone to Skype with an unknown male (she met online) around the date of August 24, 2015.

Another woman involved in this case, Crystal Beam, 35, from Medford, Oregon pleaded guilty in November 2016 to “conspiracy to sexually exploit children” and in April 2017, was sentenced in Texas to 18 years in federal prison. Upon release from prison, Beam will be required to register as a sex offender, according to a DOJ statement.

The other two people, Brian Casper, of Tyler, Texas, and Taylor Keeth, of Indianola, Iowa pleaded guilty in November 2016 and December 2016, respectively, to child exploitation. Casper was sentenced to 28 years to federal prison and Keeth was sentenced to 23 years. Both will have to register as sex offenders upon release.

Court documents stated Casper “conspired” with Keeth, Beam and Brooks to engage in sexually explicit conduct for the purpose to produce visual depictions and transmit live depictions of the actions.

This case was prosecuted as part of Project Safe Childhood. Agencies that assisted:

On March 5, 2021, a Longview, Texas sex offender was sentenced to 20 years in prison for possession of child pornography — he was convicted by a jury in September 2020. When Charles Orange, 55, is released he’ll be on a life term of supervised release, according to the DOJ statement.

Orange was convicted of “indecency with a child” in 2008.

Orange was identified as being part of a joint international investigation. A joint operation of Homeland Security Investigations, INTERPOL, Thailand Department of Special Investigations, and Australian Federal Police had a hand in finding him.

Here’s how Orange got caught, according to information at the trial and stated by the DOJ:

The investigation of Charles Orange originated as a lead from INTERPOL’s Operation Blackwrist. Agents with HSI Tyler, acting upon the information provided in the INTERPOL lead, executed a search warrant on Dec. 20, 2018, at Orange’s residence in Longview, Texas.  A device containing child pornography was found on a dresser next to Orange’s bed. According to the testimony of a forensic analyst, child pornography contained on the device had been accessed and downloaded as recently as the night before the execution of the search warrant.  Analysts testified that Orange’s email address, Internet history, and Internet Protocol (IP) address connected him to the child exploitation website identified in Operation Blackwrist.  Additionally, the evidence presented at trial showed that the device was used to take surreptitious photographs of young boys in stores in Longview, Texas the day before the execution of the search warrant.