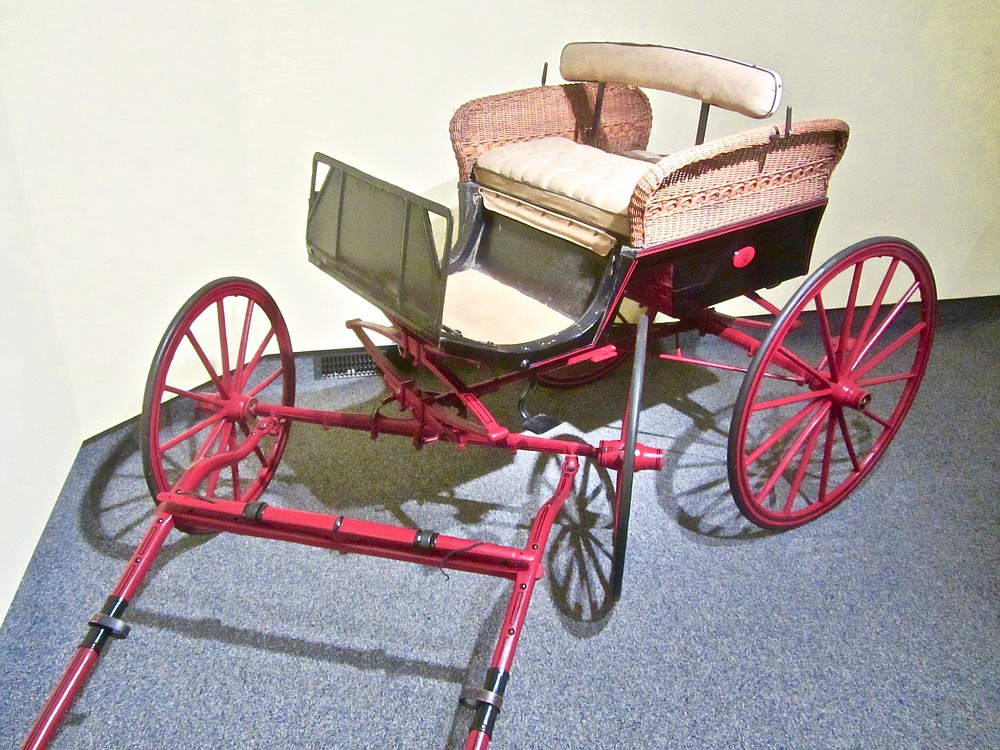 Arkansas – At a time when we could all use a chuckle or two, the Old State House Museum in Little Rock has mounted a lighthearted exhibit that makes a sprightly counterpoint to its sober-sided main focus on Arkansas political history.

Opened in September in one of Little Rock’s oldest public buildings, “Down The Rabbit Hole” boasts a whimsical name that brings to mind “Alice in Wonderland.” The dozens of eclectic objects on display were selected from the 99% of the museum’s 48,000 artifacts normally in storage and unseen by visitors.

“Down the Rabbit Hole” also serves as a sampler for “Adventures in eMuseum,” a sweeping compilation accessible online at collections.oldstatehouse.com/collections. The website shows about 26,000 of the museum’s objects. For Arkansans unable to visit the Old State House or wary of dropping by during the pandemic, virtual viewing is a sensible alternative.

But it’s a good deal more fun to take a look in person at “Down The Rabbit Hole,” whose themes range from furniture and paintings to sports and musical instruments and costumes to jewelry.

One piece of art takes a jocular poke at a perennial topic of contention in Arkansas, where the sale of alcoholic beverages is still wholly or partly banned in some counties. Painted by Arthur Weindorf in 1930, during national Prohibition, the cartoon shows President Herbert Hoover in a butcher’s apron. He is eyeing with consternation a huge hunk of baloney labeled “Prohibition.”

With spring-training games on deck, baseball fans can savor “Rabbit Hole” memorabilia recently donated by Arkansan Cliff Lee, a former Cy Young Award winner. The gift includes a jersey worn when he pitched for the Cleveland Indians and a baseball autographed by the entire 2009 Philadelphia Phillies National League champions.

Another championship object on display was deployed in an amateur sport. It’s the homemade vehicle that Magnolia native Wally Waits raced to victory in the 1960 Arkansas State Soap Box Derby. He finished eighth in the national derby in Akron, Ohio.

A green-and-white quilt crafted by Thelma “Tut” Olevia Franklin is a recent museum acquisition that evokes the popular former exhibit “A Piece of My Soul: Quilts by Black Arkansans.” Franklin quilted regularly at Marvell’s Community Development Center before her death in 2016.

An exhibit postcard from the 1920s pictures the building that for more than a half-century was Little Rock’s top hotel. The tallest downtown building when it opened in 1907, the Marion was a 500-room grand hotel sometimes called “the other state capitol” because so many off-the-cuff political meetings took place there. The building, on the site now occupied by the Little Rock Marriott, was imploded in 1980.

Permanent exhibits on the second floor of the Old State House Museum take visitors back to construction of the former state Capitol from 1833 to 1842. Designed in Greek Revival style, it housed Arkansas’ first General Assembly in 1836 as building work continued.

The 1836 House of Representatives Chamber is outfitted with replicas of the candlelit desks used by the first legislators. On one wall, an American flag with 25 stars marks the number of states at that time. In 1885, the House and Senate switched chambers, with the House moving to the larger Senate space across the way. That setup continued until both bodies moved to the present state Capitol in 1911.

Also on the second floor, “First Ladies of Arkansas: Women of Their Times” features inaugural gowns and other artifacts from governors’ wives. A series of illustrated panels describes the public roles — ceremonial and substantial — played by first ladies since World War II. Janet Huckabee’s gown makes it evident that she is probably the tallest governor’s wife in Natural State history.

Along with “Down the Rabbit Hole,” the Old State House Museum’s first floor has galleries detailing the checkered history of the structure, during and after its role as the seat of government.

Before becoming a museum in 1947 and gaining distinction as a National Historic Landmark in 1997, the building housed a number of government agencies. It was occupied by the Arkansas School of Medical Sciences and functioned as the first headquarters of the Arkansas State Police.

Fresh exhibits like “Down the Rabbit Hole” keep the oldest state Capitol building west of the Mississippi River worth revisiting.

Firefighter says dead battery in ambulance fell on his hand, forced him to retire