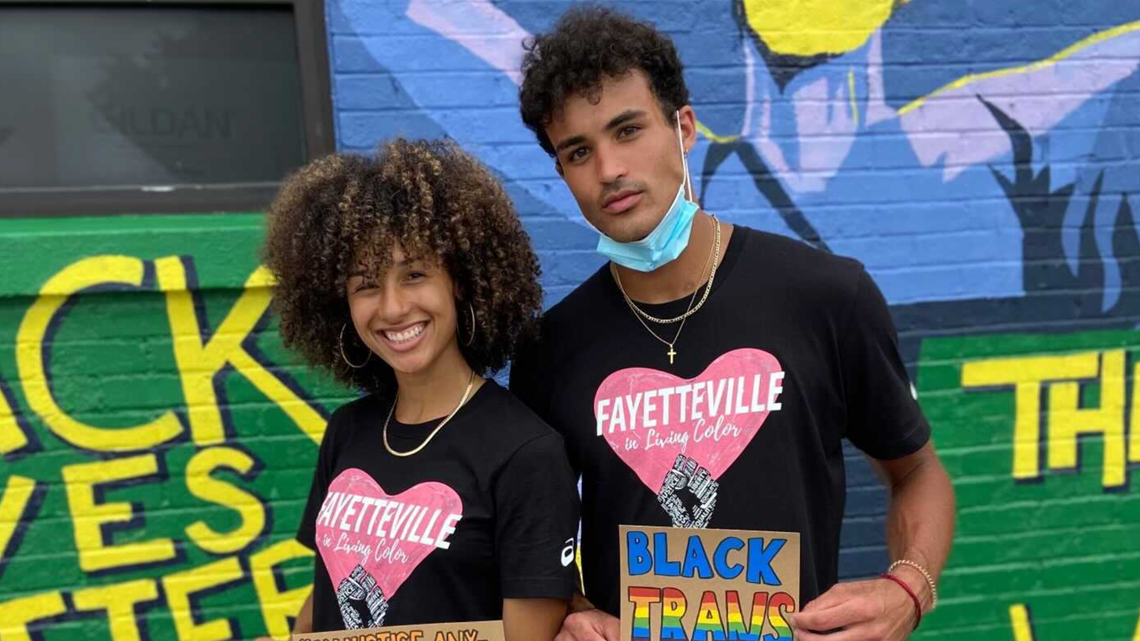 FAYETTEVILLE, Ark. — For the Hogs that make up the Arkansas track team, seconds can make the difference between a world record or even the Olympics. For changes in social justice, that could take years. But there’s one Razorback already laying a foundation.

Fayetteville is home to some of the country’s best athletes. Markus Ballengee is the cream of the crop. “Couldn’t be happier to throw on my Arkansas jersey every week and compete and to say that I’m a Razorback.”

He’s a heptathlon champion, a student-athlete, and like most of his teammates, he’s a Black man in America.

“I always felt that I must do my part as an African American male to bring about change.”

Last summer, Markus was horrified by the events that led to George Floyd’s death. “It hit a hard place for a lot of people and started to bring about protests and changes throughout the United States. I was just thinking, ‘how can I do more?'”

So, the expert at clearing hurdles took on his biggest challenge to date.

“We got help from local businesses and we threw an event back in June and it was called Fayetteville in Living Color, and all the proceeds went to the Northwest Arkansas African American Heritage Foundation.”

Not just a one-day event, but a symbol that will continue the conversation.

“We got some artists together and that was a good start. If you go to the end of Dickson Street where it meets College, you can see the mural still today and we hope it’ll be there for another 10 to 15 years.”

A good start, but the race is far from finished. Head Coach Chris Bucknam calls Ballengee a true leader on and off the track.

“What he’s doing socially, those are the things that I really admire about Markus. He’s just a great individual and a great kid to have on our team.”

While Markus has accomplished a great deal in Fayetteville, he says the work is far from finished. “We’ve come a long way, we still have a long way to go but some walls are being made and some changes are being made for the better.”

Markus and others are planning on another mural inside the Razorback Athletic Center that celebrates the diversity of Arkansas.