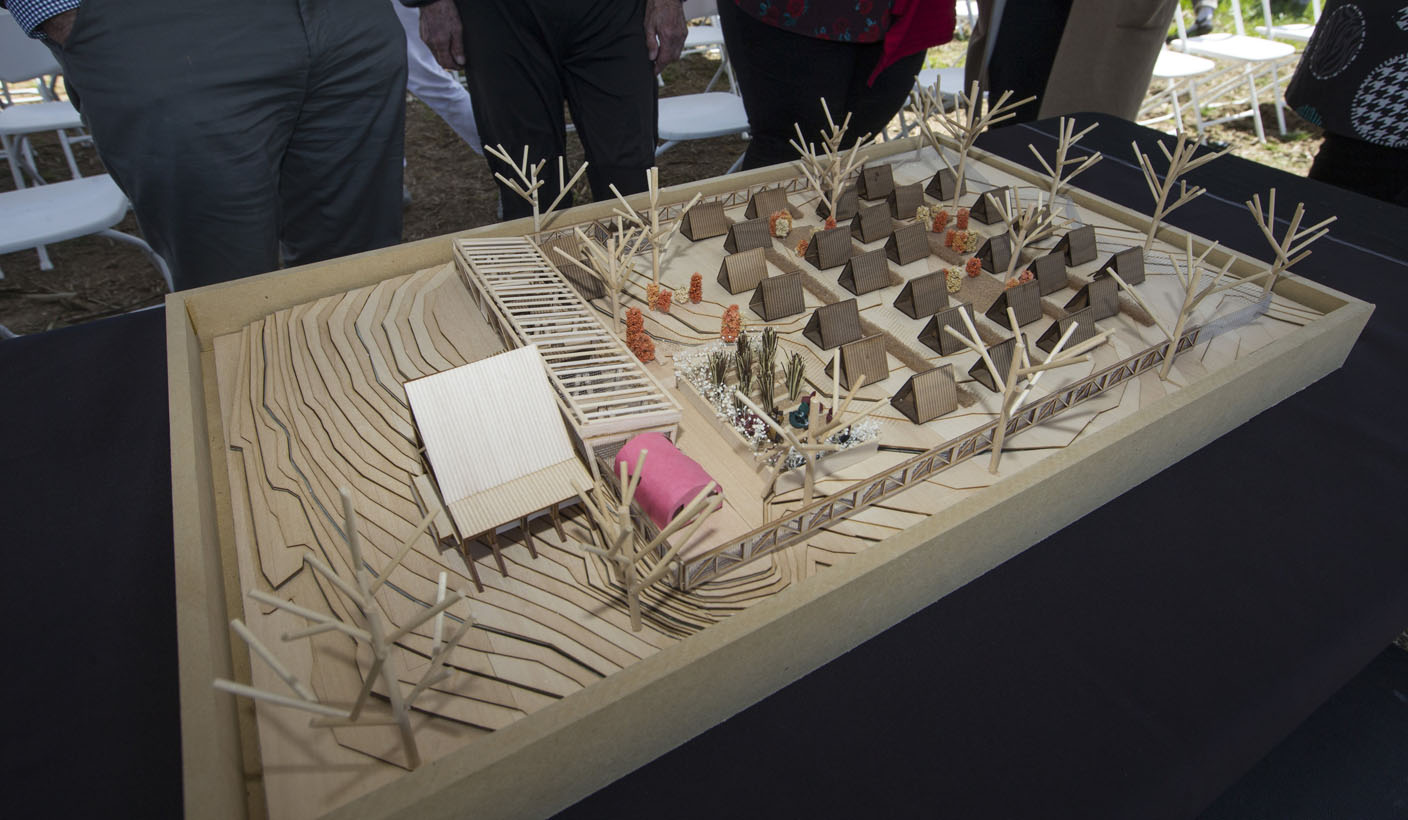 FAYETTEVILLE, Ark. — A project to provide micro-shelter housing to people experiencing homelessness is getting $1 million to finish construction and support programming.

Jane Hunt, whose parents J.B. and Johnelle Hunt founded the largest publicly owned trucking company in the United States in Lowell, is donating $1 million to New Beginnings, a temporary housing community in the south part of town, according to Monday’s news release.

The plans include 20 prefabricated houses with about 160 square feet of living space. The village is being built on 5 acres southwest of 19th Street and School Avenue, just south of 7 Hills Homeless Center.

A 3,500-square-foot service building will provide showers, laundry rooms, a teaching kitchen, meeting space and storage for the residents.

The project’s mission is to welcome people who have experienced long-term homelessness or face barriers to regaining housing, according to the New Beginnings website.

The donation allows New Beginnings to finish construction and wrap its capital campaign, Board President Aaron Marshall said. The nonprofit organization can shift its focus to sustained programming for staff and services for clients, he said.

Hunt said in the release she felt New Beginnings offered a real solution to ending homelessness, and she was happy to lend her support.

The annual cost of operations could be about $400,000, said Solomon Burchfield, program director for New Beginnings. Total cost of construction and site work has exceeded $1 million, he said.

The plan is to have a staff of a handful of people, including a social worker who will work with clients on long-term housing goals and an employee who will be on the site at all times, Burch-field said.

The donation means the project can operate with a secure financial foundation, Burchfield said. Hunt’s gift covers any remaining construction costs and should support a few years of operation while New Beginnings builds community support and partnerships, he said.

So far, the community building has been built. The 20 prefabricated houses should be delivered soon, Burchfield said. There’s some infrastructure work to finish, he said.

New Beginnings should open within a 60- to 90-day window, Burchfield said. Several prospective residents have been helping to develop programming and plan the project, he said.

“A lot of what we’re trying to do is going to be new. We know that people moving in will have some complex needs around mental health, around substance use, around physical health issues,” Burchfield said. “It gives me some peace of mind knowing that we have the resources to get started and to do it right.”

Construction started in earnest in October. A ceremonial groundbreaking was held in April 2019. New Beginnings bought the acreage for the project from the University of Arkansas for $72,751 in September 2018, according to Washington County property records.

The Arkansas Community Foundation in Little Rock helped organize the donation, according to a news release. The foundation is a statewide nonprofit that works to protect, grow and direct charitable dollars, according to its website.

Hunt is a founding member of the foundation’s Philanthropy Club in Northwest Arkansas. The club is made up of 44 women who are committed to learning about the needs of the community, according to the release.