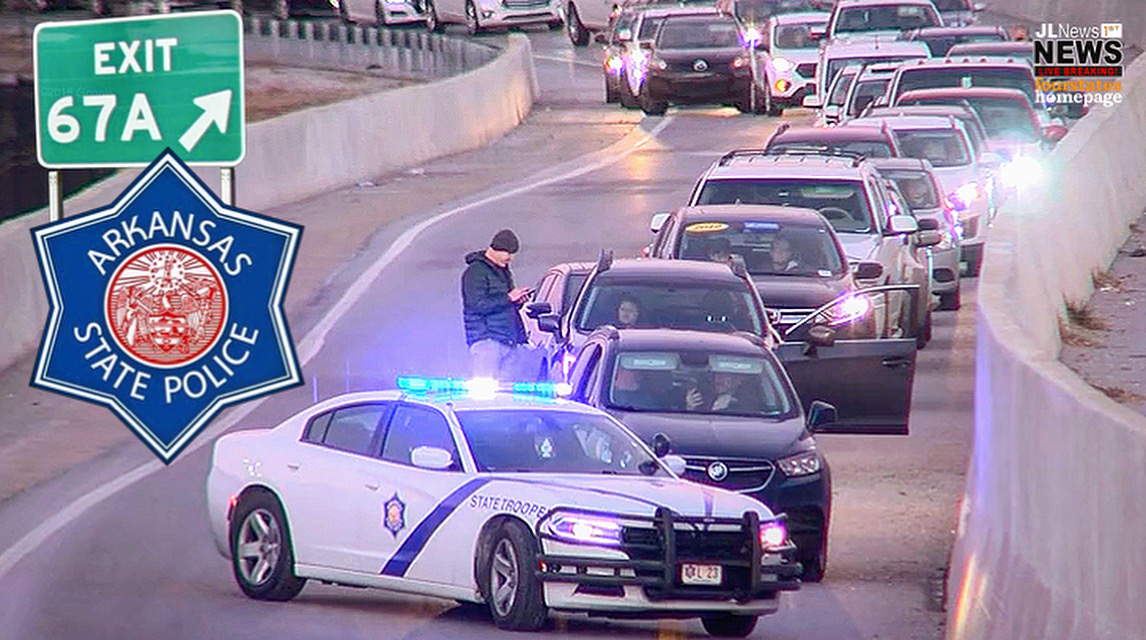 FAYETTEVILLE, Ark. — Saturday afternoon traffic was a standstill on I-49 at Fayetteville, Arkansas. Authorities release more information now regarding a Homicide Investigation at exit 67A.

According to the Arkansas State Police a 27 year-old Conyers, Georgia woman, Shaletian Robin Zetta Larry, was found dead along a Fayetteville exit ramp off I-49 at 67A.

Authorities were notified about 3:53 PM Saturday of a black 2006 BMW 325i four-door passenger sedan, displaying a Georgia license plate, being driven recklessly in the southbound lanes of I-49. The car was later seen exiting the highway at the 67A off-ramp.

As state troopers began to converge in the area searching for the car, a witness reported seeing a woman’s body fall from the car. The driver then sped away. When troopers arrived at the scene, the victim was dead and the interstate off-ramp was closed to traffic for several hours while special agents processed the crime scene. The manner and cause of the woman’s death will be determined by the state medical examiner.

Working closely with local law enforcement, state police criminal investigation division special agents seized as evidence a vehicle found at a Fayetteville apartment complex. It is believed to be the one seen by witnesses on I-49. State police special agents are currently questioning one person.

Anyone who may have been traveling along I-49 between Rogers and Fayetteville Saturday afternoon and saw a black 2006 BMW 325i four door passenger sedan, with a Georgia license plate, is asked to contact Arkansas State Police Troop L by calling (479) 751-6663.