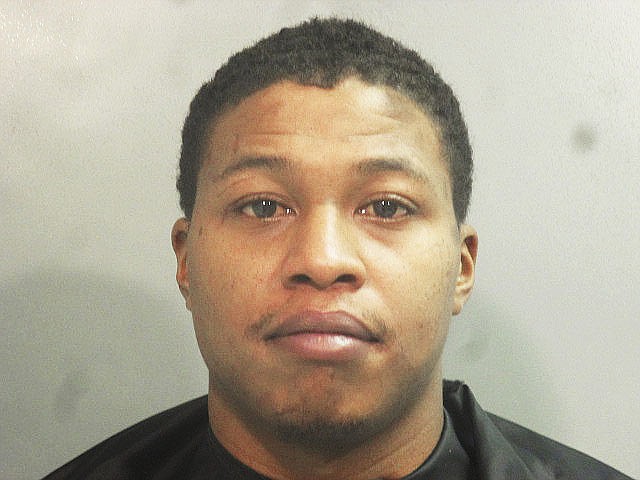 FAYETTEVILLE, Ark.– A local man has been arrested in connection with the death of woman whose body was dumped Saturday along Interstate 49.

Lazarus Reaves, 29, of 29 W. Village Lake Drive, was initially arrested Saturday in connection with possession of firearm by certain persons and tampering with physical evidence. He now faces a charge of capital murder. His bond was set at $250,000 and he has a Jan. 27 court date, according to the Washington County Detention Center.

Prosecutor Matt Durrett confirmed Reaves is being held in connection with the death of Shaletian Robin Zetta Larry, 27, of Conyers, Ga.

“He was the main suspect from the get-go,” Durrett said. “It just took some time to put it all together.”

Arkansas State Police reported being told at 3:53 p.m. Saturday a black BMW four-door sedan with a Georgia license plate was being driven recklessly in the southbound lanes of Interstate 49. The car was seen leaving the highway at the Exit 67A off ramp.

When troopers began searching for the car a witness told them a woman’s body fell from the car. Larry was taken to Washington Regional Medical Center where she was pronounced dead. The investigators found a .40-caliber spent shell casing at the scene.

According to a report from the Prosecutor’s Office, a witness said the BMW stopped on the highway at Exit 67A. The witness said Larry was lying face down on the road and a man was near her. The man left the woman and drove away. Larry’s body was later sent to the State Crime lab to determine the cause of death.

A witness told police the BMW drove south on Garland Avenue, ran several red lights and turned onto Drake Street. A police officer followed a vehicle matching the description of the BMW into the Village Lake Apartment complex but lost sight of it.

The license plate was registered to a Kia Soul with Larry as the registered owner. Fayetteville officers later found the BMW in a parking space in the complex.

Fayetteville police records showed officers were called to an apartment in the complex in early December for a disturbance involving Larry and Reaves. Offices waited outside the apartment and arrested Reaves when he came out, according to the report. Reaves had the keys to the BMW in his pocket.

Surveillance video and cell phone images showed Reaves with Larry shortly before she was found on the highway.