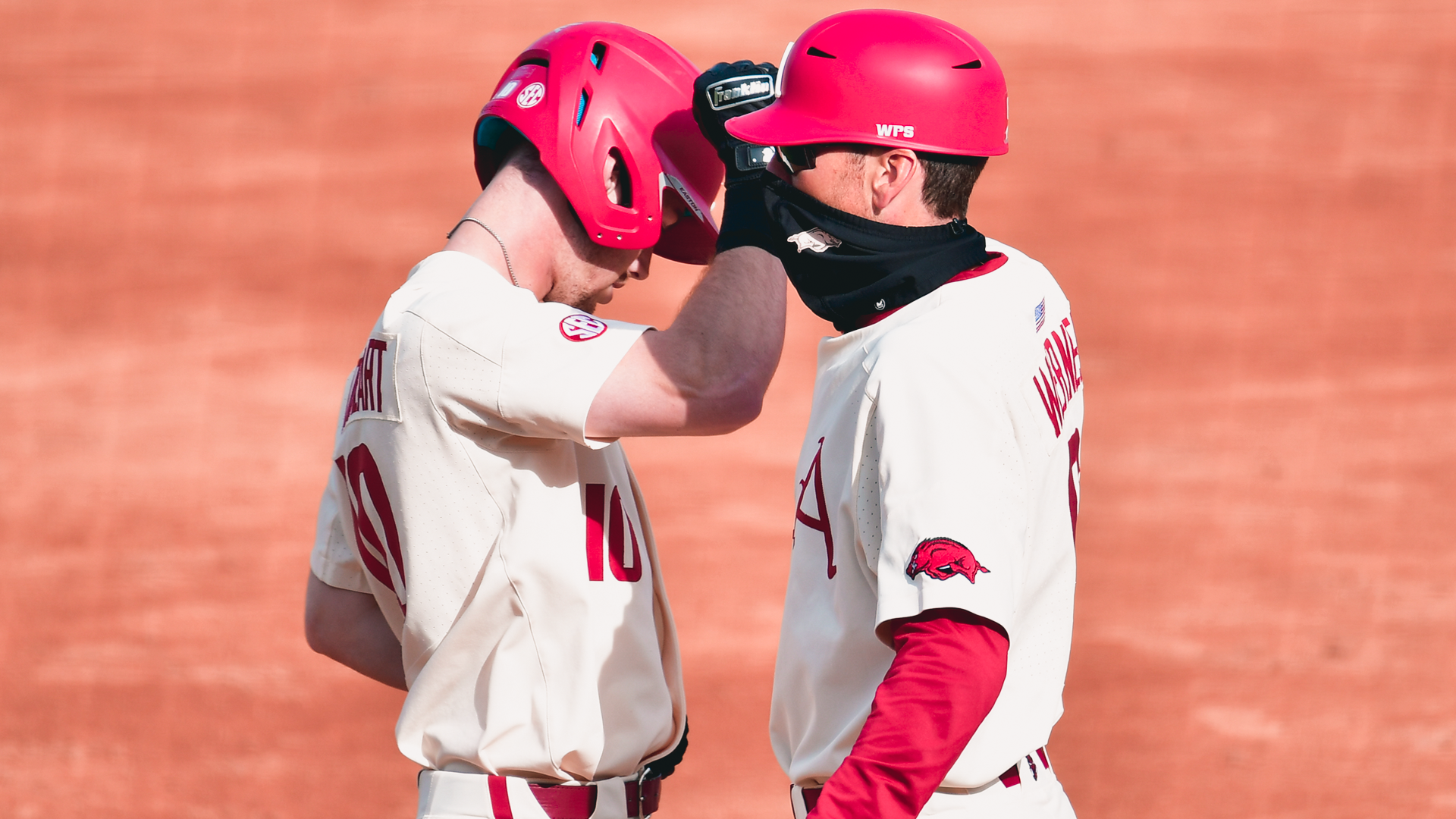 The weather outside will be frightful when No. 1 Arkansas hosts non-conference foe Grambling State (11-19, 8-4 SWAC) in a midweek clash Tuesday evening at Baum-Walker Stadium. First pitch, which was originally scheduled for 6:30 p.m., was moved up to 5 p.m. due to the forecasted conditions.

The unanimously top-ranked Hogs, now 30-6 overall on the season, are in sole possession of first place in the SEC West with an 11-4 mark in conference play. Despite the cold weather, Arkansas’ offense will enter Tuesday’s contest hotter than hot, having scored double-digit runs in five of the last six games.

The Razorbacks and Tigers will clash for the ninth time in history when the two teams take the field Tuesday evening. Arkansas has dominated the series, owning an 8-0 record in all-time meetings.

Seven of the previous eight games have taken place at Baum-Walker Stadium, including the most recent matchup in 2019 when the Hogs won, 17-3. Arkansas and Grambling State played in North Little Rock during the 2018 campaign.

Tune In
Tuesday’s contest will stream live via SEC Network+ with Josh Haley (play-by-play) and Troy Eklund (analyst) on the call. Catch all the action through the ESPN app on smartphones, computers and tablets or via Amazon Fire TV and Fire TV Stick, Apple TV, Chromecast, Roku, Xbox 360 and Xbox One.

The contest can also be heard on the Razorback Sports Network from Learfield/IMG, including locally in Fayetteville on 92.1 FM. Phil Elson and Bubba Carpenter will have the call.

Undisputed No. 1
There’s no change at the top.

The Razorbacks led all six major polls released Monday, checking in as the unanimously top-ranked team in college baseball for week 10 of the season. Baseball America, Collegiate Baseball Newspaper, D1Baseball, NCBWA, Perfect Game and USA Today each put Arkansas atop their respective rankings for the second week in a row.

It is the fourth time that Arkansas is the undisputed No. 1 squad this year as well as the eighth consecutive week that the Hogs maintain the top spot in at least one of the six.

Sooieville Sluggers
Arkansas is college baseball’s leader in home runs. The Razorbacks have hit 70 homers in 36 games this year, eight more than any other team in the country this year. Old Dominion ranks second with 62 in 34 ballgames, while LSU, Texas Tech and Southern Illinois are tied for third with 52 each.

The Hogs’ astounding 1.94 homers per game is second in the country behind only Northwestern (1.96). The Wildcats have swatted 47 home runs in 24 games.

Nationally Speaking
Dave Van Horn’s offense is a threat in more ways than one. Along with home runs, the Razorbacks lead the nation in base on balls (224) and runs scored (306).