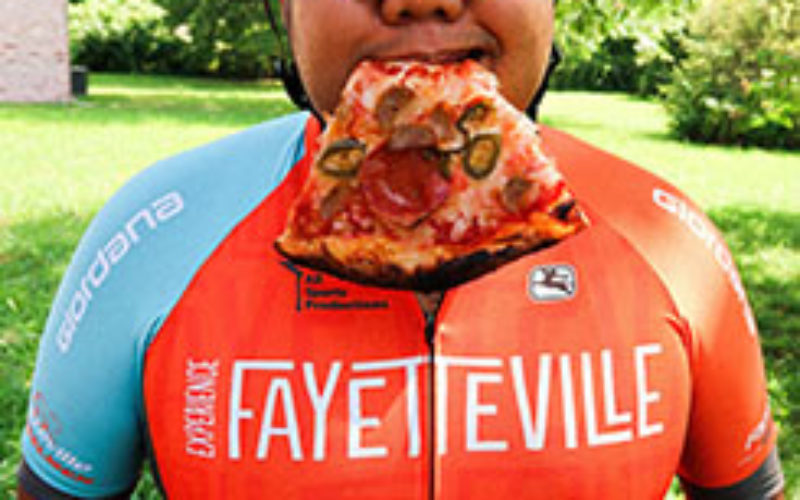 FAYETTEVILLE, Ark.  – When Joseph Nguyen first started his Instagram account — dubbed “Hangry Pedaler NWA” as a shout-out to his twin loves, biking and eating — he didn’t expect it to amount to much. For years, he posted pictures of his Northwest Arkansas culinary experiences on his Facebook page and, when friends told him Instagram was a better format for the posts, he thought he would give it a try. Nearly two years later, the account has more than 6,000 followers, and his drool-worthy photo feed has become the go-to Instagram account for folks looking for a new Northwest Arkansas restaurant experience. It’s not just the photos that attract new followers, though. Nguyen has a knack for finding smaller eateries that are off the beaten path and shining a light on their offerings. He says part of his secret is always being open to suggestions.

“My clients would tell me, ‘Hey, I heard this place is opening up,’” says Nguyen, who works at Gloss Nail Lounge in Fayetteville. Nail art is in his blood; his sisters own Gloss, and Nguyen started out working for his father at Natural Nails in the Evelyn Hills Shopping Center in Fayetteville. “I don’t always find things on my own, that’s for sure. I get a lot of help, and my clients know what I do, so they are always hitting me up on Instagram, saying, ‘Hey, can you check out this place?’”

He doesn’t have a lot of rules when it comes to which restaurants he features: He tries to limit the selection to local businesses instead of chains, and he prefers rich comfort food — hamburgers, tacos and the like — to salads and vegetarian fare. His posts about juicy cheeseburgers, thick milkshakes and eggs Benedict swimming in Hollandaise sauce are among his most popular.

“Like, healthy places, I guess?” he says, laughing, when asked if there was a type of restaurant he might avoid. “Salad bars? That’s horrible to say. But I feel like the more unhealthy stuff I post, the better the feedback!”

“Because of you, I put everything I was working on down and immediately drove here,” wrote one of his followers under his post about the food truck Beavertails and their salted caramel pastry. “I regret NOTHING.”

Nguyen’s avid bicycling helps balance out the calorie intake, he says. Plus, “it looks like we eat out all the time — but we don’t. We eat at home a lot, so when we go out, we splurge.” He says he and his girlfriend — a covid-19 nurse whose year has been very, very busy — try to limit their dining out to around every three days: enough to keep the Instagram feed fresh, but not enough to wreck their health or empty their pockets. After all, though Nguyen’s posts may result in a boost for the eatery he posts about, he doesn’t receive any monetary compensation for what he does.

“I’ve never reached out to a restaurant and said, ‘Hey, I’ll trade you positive posts for free food,” he says. “I have never done that. All of my reviews are unbiased. Every now and then, a restaurant will say, ‘Hey, come in, we’ve got a new menu item — check it out, and it’s on us,’ but they always reach out to me. I would never do this for money. It’s just for fun.”

And, he says, he only posts positive things. There have been a few places, he admits, where he struggled to find something positive to say — so he simply does not post about them. His only intention from the beginning has been to boost the industry in Northwest Arkansas.

“Everything posted will be something that I like,” his very first Instagram post reads. “I’m not here to critique or leave negative reviews. I’ll leave that to Yelp. With all the negativity in this world today, I just want to unite us all through the best avenue possible — food!”

Towards that end, when Nguyen realized the difficulty that the pandemic was going to cause the restaurant industry, he set out to try and make a difference by highlighting restaurants that had pivoted to takeout and curbside delivery and hosting gift card giveaways on his account.

“I would reach out and say, ‘I want to buy the gift card with my own money, is it OK if I put your name on the giveaway?’” he says. “They would say, ‘Heck, yeah. We absolutely love that. Next time you’re in, have a drink on me.’ They have been really appreciative. I’m just trying to support local when I can.”

Nguyen says he hopes to incorporate more cycling posts in the upcoming year, a reflection of how popular the sport has become in Northwest Arkansas. And he’s chewing over an idea he has for a cycling event from Fayetteville to Bentonville that incorporates stops at restaurants near the Razorback Greenway — a sort of pub crawl, but food instead of booze and biking instead of walking. He’s hoping to collaborate with a few area restaurants on this idea, so entrepreneurs might want to take note and get in touch. Nguyen has gotten pretty good at predicting the next big thing.

“With cycling getting bigger and bigger here, I just want to be part of the scene and showcase what we have to offer,” he says. “I think I found this little niche, cycling and food, and they kind of go hand in hand. So, yeah, I want to be that guy — the guy who spreads the word about our area.”