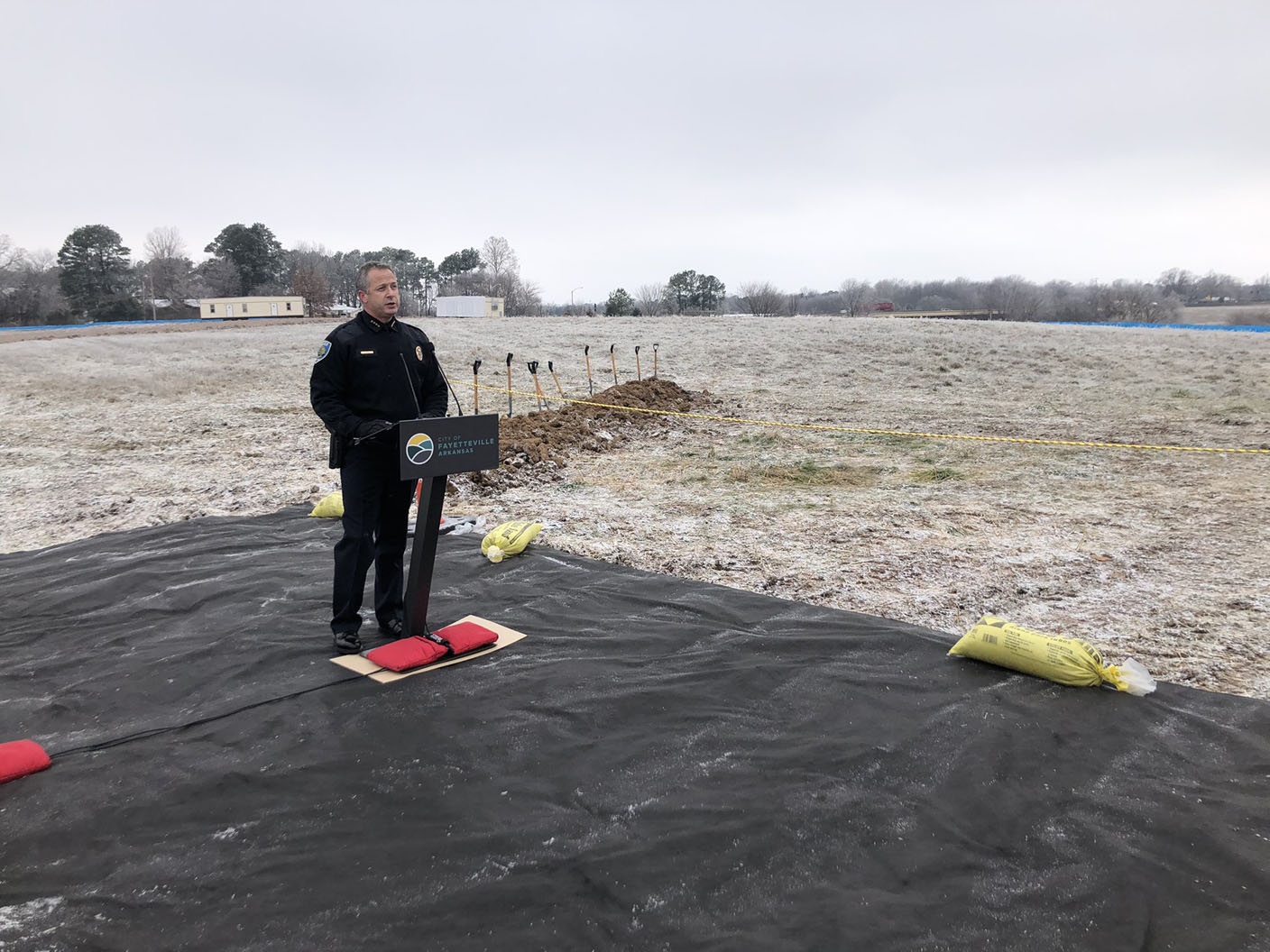 A groundbreaking was held for the police headquarters and fire station voters approved in an April 2019 special election. The campus will sit on 11 ½ acres northeast of Porter Road and Deane Street.

A crowd of about 75, made up mostly of law enforcement, firefighters, city employees and residents who worked on the bond referendum campaign making the project possible, gathered in 21-degree weather to mark the occasion.

The Rock Street station has undergone a number of facelifts and expansions over the years since the department moved into the building, a former J.C. Penney automotive center, in 1993. The department today has 180 employees. Police administrators long contended the space was inadequate.

“This new facility will offer many benefits, but the most important one is safety,” he said. “Our officers deserve to have a safe and secure facility. That is exactly what this project is going to deliver.”

Officer Stephen Carr was killed by a gunman Dec. 7, 2019, while sitting in his patrol vehicle in the station’s open parking lot. The new station will have a memorial to Carr and other city officers killed in the line of duty at the public entrance.

The main police station will run east-west along the northern part of the property, with the indoor firing range along the western edge, running north-south.

The two pieces will come together to form an upside-down L shape. Public parking will lie north of the main station, with police parking surrounded by an 8-foot-tall aluminum fence in the center of the site.

The fire substation will sit at the southeast corner, with a shared driveway coming off Deane Street immediately west of the building, leading into the police parking area.

Reynolds said the campus will reflect the values, image and priorities of the city. He thanked members of the City Council and Planning Commission for their input on the layout of the campus, which was discussed in public workshops over the summer.

Community engagement and safety served as the tenets of the project, Reynolds said.

“The new police headquarters will be visible, as you can see, and accessible to our community,” he told the crowd. “These facilities will provide an efficient and safe place for our public.”

Fire Chief Brad Hardin said the northwest part of town has grown in population and is in dire need of a fire station. The city most recently built a fire station in 2008.

“The forward thinking of our city’s leaders is going to ensure the safety of future generations,” he said.

Voters approved the nearly $37 million police headquarters and fire station bond issue by a margin of 4,258, or 71%, in favor and 1,779, or 29%, against. The vote was part of a larger bond referendum with nine other issues totaling about $226 million in projects.

The city bought the property a year ago for nearly $2.6 million from the University of Arkansas System Division of Agriculture.