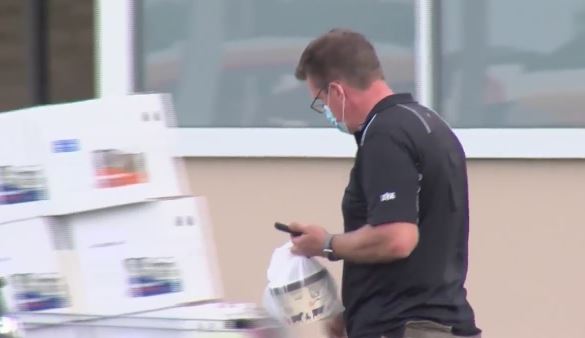 Arkansas – Governor Asa Hutchinson announced on Friday he was extending the state’s public health emergency for another 30 days.

He says the state has made significant progress in COVID-19 numbers in the past month,

“Hospitalizations are down, positivity rate is below 10%, vaccine rates are increasing, and compliance with public health guidelines is at an all-time high,” Gov. Hutchinson said.

Another thing he announced was that all state directives will now become guidelines.

The major difference is that guidelines do not carry any penalties.

The Governor said he does not expect the behavior to change and that there is still an incentive for businesses to adhere to guidelines.

“Consumers can make good judgements as to where they want to go and where it is safe and secondly it does give them a better opportunity for liability protection,” Hutchinson said.

The mask mandate will also expire on March 31st but only if certain health guidelines are met.

Mandates and order can be reinstated if those numbers go back above those thresholds.

“But we’re giving people an incentive and a way forward that it will be lifted on March 31st if we meet these public health criteria that have been outlined,” Hutchinson said.

The governor has given Arkansas some tangible goals to reach for but cautions citizens from letting their guard down because restrictions have relaxed, “We get there through following guidelines, we get there through seeing the cases go down, and continuing to be careful about our behavior.”