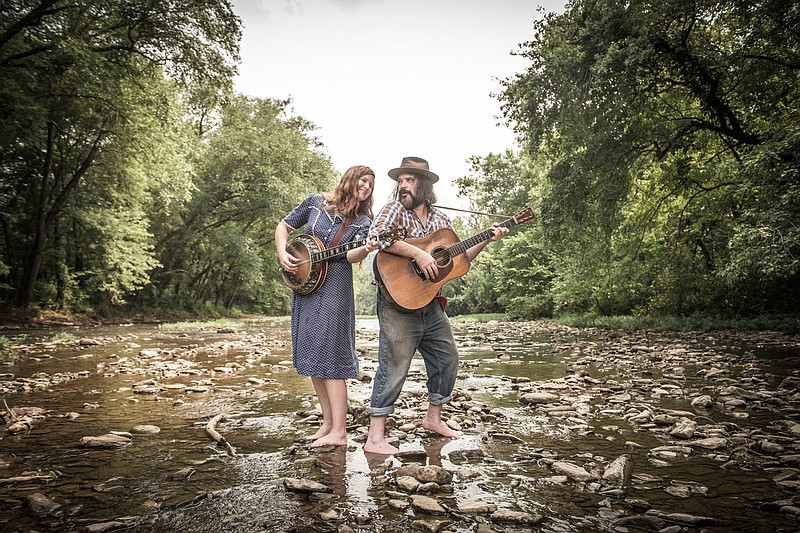 GENTRY, Ark. — The annual Freedom Festival in Gentry will be held from noon until the fireworks at dusk on Saturday, July 3, this year. Last year’s festival was canceled due to the covid-19 pandemic.

Three bands have already been booked for this year’s festival: The Big Smith band from Springfield, Mo.; The Creek Rocks, also from Springfield; and The Swade Diablos of Northwest Arkansas.

The Creek Rocks features Cindy Woolf, who was raised in Batesville, along the southern foothills of the Ozarks Mountain region, and Mark Bilyeu, who hails from Springfield, located atop the Ozarks Plateau. They began their musical collaboration in 2003 with Mark at the helm for Woolf’s debut CD, “Simple and Few.” They married each other in 2013, shortly after the release of Cindy’s third solo CD, “May.”

According to the Last.fm website, Big Smith is a band from Springfield, composed of five cousins, Mark and Jody Bilyeu, Bill and Rik Thomas and Jay Williamson. The newest member, fiddle player Molly Healey, brings the total to six creative individuals bound together by blood and harmony.

And, many may remember the Swade Diablos from their appearance at the festival in 2019.