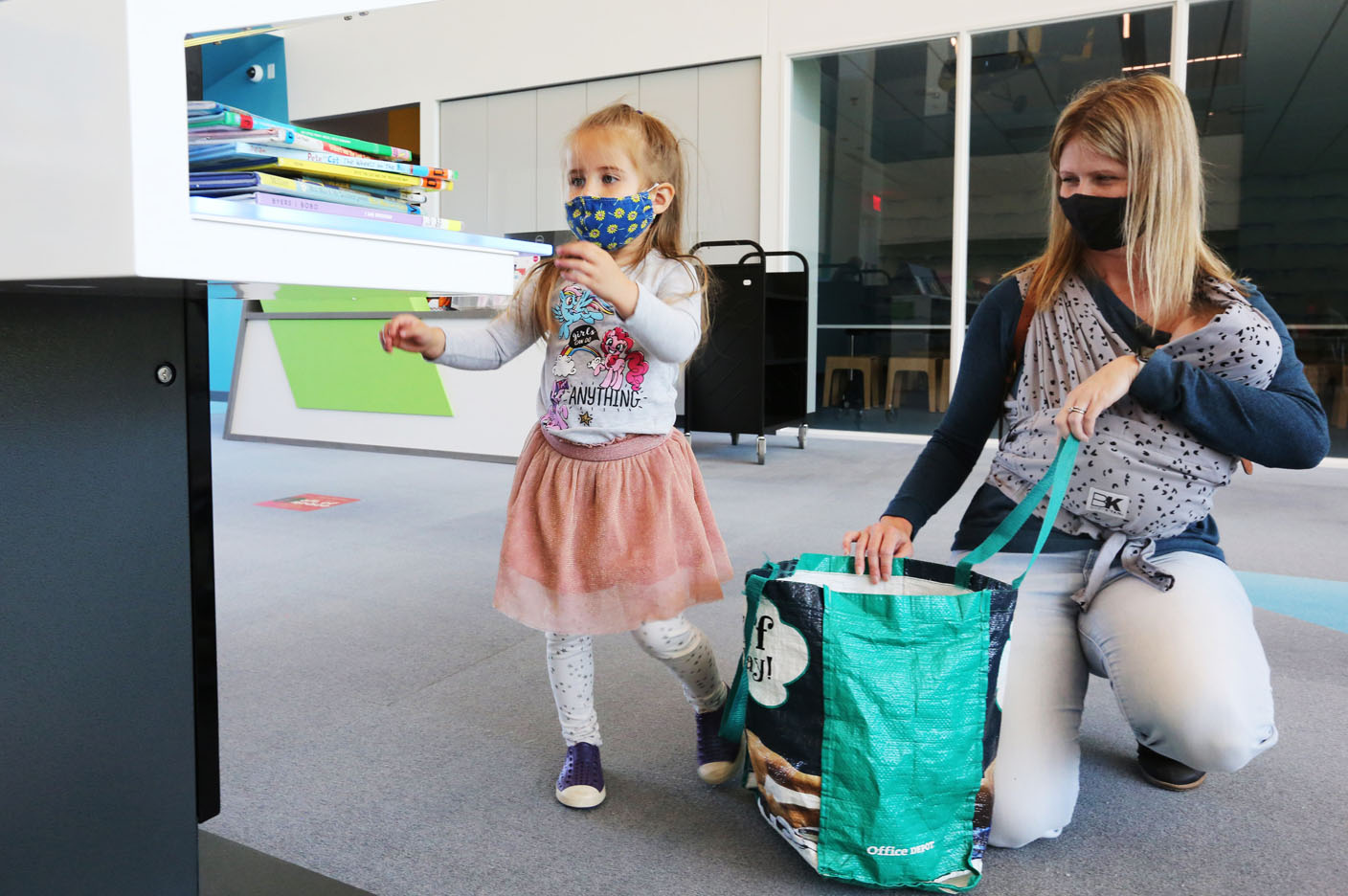 FAYETTEVILLE, Ark. — The library is slowly pulling back covid-19 precautionary measures and hopes to have most features open to the public by June.

All of the library’s entrances are open. Computers are available for public use. Meeting rooms are open. More seating will have barriers removed likely this week, Executive Director David Johnson told the library’s board Monday.

Capacity rarely has reached 100 people at a time, he said. Administrators have capped occupancy at 200 patrons with about 100 staff members at a time to allow for enough spacing in the building.

The board may need to revisit the cap issue if occupancy starts pushing the 200-person limit, Johnson said. The 82,500-square-foot expansion combines with the 88,000 original portion of the library to bring the total area of the building to 170,500 square feet.

A few events have been held at the library’s 700-seat multipurpose space with retractable seating and a stage. The Fayetteville Chamber of Commerce held a leadership conference, and Fayetteville Public Schools held a planning session. More events for other groups and organizations are in the works, Johnson said.

“The momentum is building as more and more people find out what the space can do and as they learn more about it,” he said.

The library’s deli and teaching kitchen as of last week received its commercial food safety license to begin operation, Johnson said. Local restaurateurs Clayton Suttle and Jerrmy Gawthrop have been working with the library on the menu, he said. The deli likely will open toward the end of summer when students return.

Classes for the innovation center’s audio and video recording studios, as well as its virtual reality studio, should open in June.

The robotics fabrication laboratory, 3D printer and laser engraver equipment is in as well, Johnson said.

Yoga classes have started Tuesdays at the library’s art and movement room. Ballet classes may become available to the public for free.

“Right now, we’re just looking toward June for some things to return to some semblance of normal,” Johnson said.

Expansion construction kicked off with a formal groundbreaking in March 2019. The library opened Jan. 19 with little fanfare out of concern for the covid-19 pandemic.

Voters approved a property tax increase in 2016 to help pay for $26.9 million of the expanded library’s nearly $50 million construction cost and increased operation. The library foundation’s effort to raise $23 million to cover the rest of the construction has met 56% of its goal so far, said Christina Karnatz, development director.