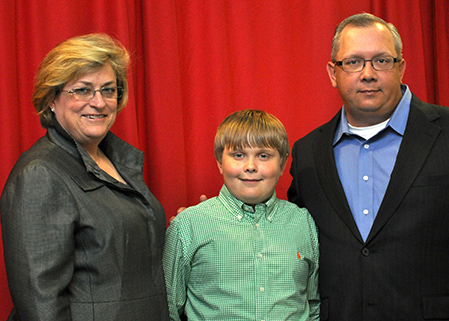 FAYETTEVILLE, Ark. — Ann Bordelon, a former Walmart executive, has been hired as the next top finance officer for the University of Arkansas, Fayetteville.

She will manage financial affairs for a campus with a 2019-20 budget of about $546.8 million in operating revenue, including self-supporting auxiliary units.

But UA already is feeling economic effects from the covid-19 outbreak.

Hunter Yurachek, the university’s athletic director, last week said a deficit was likely for his department, which, according to budget documents, anticipated about $125.6 million in revenue. Housing for most students closes April 3, with UA yet to say if reimbursements will be given, just that it is “awaiting guidance” from the UA System and trustees.

UA units reporting to her will include human resources, information technology services and facilities management.

“Ann’s impressive career has given her the background, the leadership experience and financial acumen, to advance our largest division on campus,” Chancellor Joe Steinmetz said in a statement.

From March 2017 until October, Bordelon worked as chief financial officer for Mitchell Communications of Fayetteville, according to her application materials.

“It’s been a privilege to be a member of the Razorback family since 1985. I am deeply honored to now serve the institution that holds a special place in my heart,” Bordelon said in a statement. “My pride, passion and commitment to the University of Arkansas will fuel me in my efforts to serve our institution.”

The university’s interim top finance officer, Michael White, took on the role Oct. 23 after the departure of Chris McCoy, who left to become chief information officer for the University of North Texas System.

White, who earns an annual salary of $214,500, will continue in the interim role through June, Rushing said.

Bordelon earned a bachelor’s degree in accounting and information systems from UA in 1989, according to her application materials. She is a member of the Dean’s Executive Advisory Board for UA’s Sam M. Walton College of Business.

UA hired a search firm, Greenwood/Asher & Associates Inc., which charged “professional fees” of $97,066, not including expenses, according to a contract document released by the university under the state’s public-disclosure law.