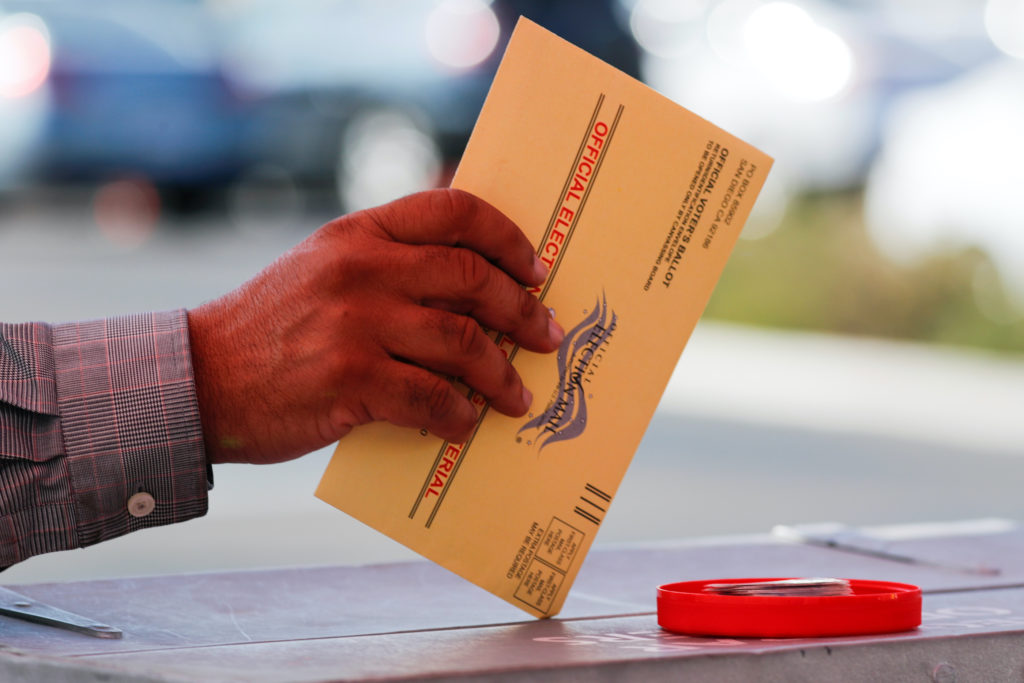 FAYETTEVILLE, Ark.  — Local election officials say a bill pending in the state Legislature could cost them access to some venues used as polling places.

Election officials in Benton and Washington counties said they have many polling places, including many local churches, that don’t allow signs on their property.

“We’ve got a number of churches and they’re not really crazy about the signs being put out,” Renee Oelschlaeger, chairman of the Washington County Election Commission, said during the commission’s meeting Wednesday. “They’re kind of skittish and we can’t afford to lose them.”

Jennifer Price, election director for Washington County, said the county has 41 vote centers and 23 are at churches. Most of the other 18 are in rural fire stations and community buildings.

“If we lost a number of churches we would be heavily impacted in both Fayetteville and Springdale,” Price said.

Price said state law prohibits electioneering inside a polling place or within 100 feet of the primary entrance to a polling place. Other election-related activities have been generally allowed.

Max Deitchler, Washington County election commissioner, said not allowing signs hasn’t typically prevented candidates from speaking to voters outside the 100-foot buffer zone or kept anyone from collecting signatures on petitions, for example.

“Signs are not the only form of electioneering,” Deitchler said.

Deitchler said the bill is very broadly drafted and should be refined before being voted on.

“As I read it, if a property owner has 100 acres and they allow us to use a building and parking lot on 12 acres for a polling place, they’re required to allow signs on their whole 100 acres,” Deitchler said.

Kim Dennison, Benton County’s election coordinator, said if churches opted out, the number of vote centers in the county could drop from 36 to around 20.

“We could have an election with that number,” Dennison said. “I could do that, but voters wouldn’t like it. We’d have longer lines and it would be a lot less convenient. It would be a pretty significant change.”

Price said places other than churches have asked campaign signs not be allowed on their property, including Arvest Ballpark and the Boys & Girls Club in Fayetteville. She said both of those properties have large grassy areas that require maintenance during the spring when elections are common.

“They have to mow the grass,” Price said. “They don’t want to be taking signs down and putting them back up.”

Campaign signs are also a problem when candidates don’t remove them, Price said.

“I know the candidates are responsible for removing the signs but we get calls after every election that they haven’t picked up the signs and we send people out to remove the signs because we don’t want to lose these polling places,” she said.

Deitchler and Jim Estes, who also serves on the Washington County Election Commission, said they reached out to Clark about problems they see with the bill.

Anzalone said the opposition from churches is real and has to be taken into consideration. He said some churches have stopped serving as polling places in the past, citing elections that featured questions on the sale of alcohol and the medical marijuana vote.

“They did not want people voting on that kind of proposition in their churches,” Anzalone said.