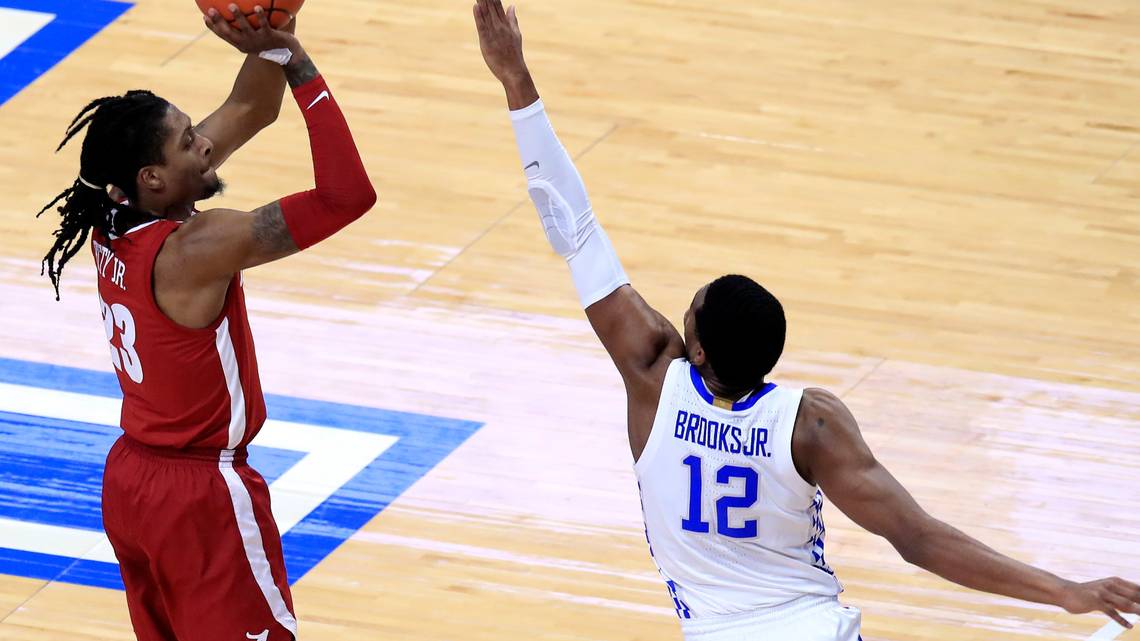 Arkansas — Chelsea Dungee scored 33 points, going 17 for 17 from the foul line, and No. 17 Arkansas held off Florida 84-80 on Thursday night despite a career-high 41 points for Gators sophomore Lavender Briggs.

After Briggs opened the game with a 3-pointer, the Razorbacks reeled off 11 straight points. The teams also swapped seven-point runs and Dungee closed the first quarter with back-to-back 3-pointers in the final minute for a 28-18 lead.

The shootout continued in the second quarter with Kiara Smith scoring 12 for Florida and Arkansas settled for a 52-44 lead at the break. Dungee had 20 points for the Razorbacks and Smith had 17 and Briggs 15 for the Gators.

Florida trailed by 14 in the third quarter before reeling off 10 straight and went into the fourth quarter down 69-62. The Gators got within five with 90 seconds left and had the ball but had an offensive foul. Briggs scored 16 points in the final 10 minutes, her 3 as time ran out making it a four-point loss.

Destiny Slocum scored 17 points for the Razorbacks (11-4, 2/3 Southeastern Conference), Amber Ramirez had 12 and Makyala Daniels 11. Dungee entered the game 74 of 95 from the foul line, both totals second in the nation.

Briggs’ outburst was the fourth-highest in history for the Gators (7-6, 0-5), four shy of matching the school record and the most since Ronni Williams had 41 four years ago. Smith added 21 as Florida has faced four ranked teams and a then-undefeated Georgia to open conference play.

Arkansas plays at No. 5 South Carolina on Sunday while Florida is supposed to be home against Auburn if the Tigers resume playing after a coronavirus break.