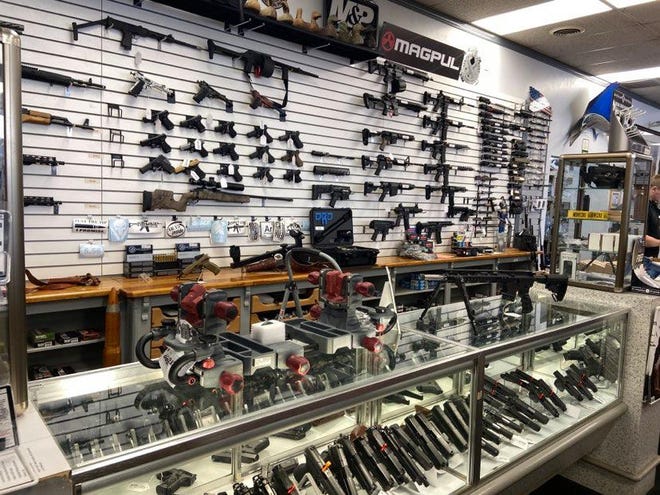 Arkansas -Followed by a round of applause by residents, the Crawford County Quorum Court passed an ordinance Tuesday securing the Second Amendment rights of the county by a 12-0 vote.

A piece of the ordinance says the county will treat any act of the Arkansas Legislature that abrogates the Second Amendment as void and unenforceable in Crawford County.

Crawford County is now the third county in Arkansas to become a “Second Amendment County.” Scott County approved a similar ordinance in 2020 followed by Independence County that same year. The same ordinance failed when voted on in Sebastian County in June of last year.

The ordinance was brought to the table during the March 15 meeting.

Ordinance 2021-19 states, “Crawford County residents have a long-standing belief in the Bill of Rights of the United States Constitution and the Declaration of Rights in the Arkansas Constitution.”

According to the ordinance, there is a community perception that individual liberty rights, particularly the right to bear arms, are under attack.

“I am thrilled that the vote was unanimous and not vetoed,” Peppas said. “The community initiated this and then provided great support.”

There are seven sections within the ordinance that lay the groundwork for the county’s position moving forward.

The first is that Crawford County is now declared a “Second Amendment County.” Second, the right to bear arms is protected by the Constitution, and county officials shall uphold each and every provision of the Bill of Rights. Third, unconstitutional laws are void.

The county will treat any act of the Arkansas Legislature that abrogates the Second Amendment as void and unenforceable in Crawford County.

Fourth, the ordinance states that liberty rights belong to the people.

The ordinance states, “Crawford County officials and employees shall neither interpret nor construe any legislation in any manner that would deny or disparage the Bill of Rights.”

The sixth, says that Crawford County officials and employees shall use the county’s state political subdivision police power as is necessary and constitutionally justified, and complies with the requirements of due process.

In the event that a person feels that their right to keep and bears arms has been violated, the seventh section states that they may seek redress through the civil process.