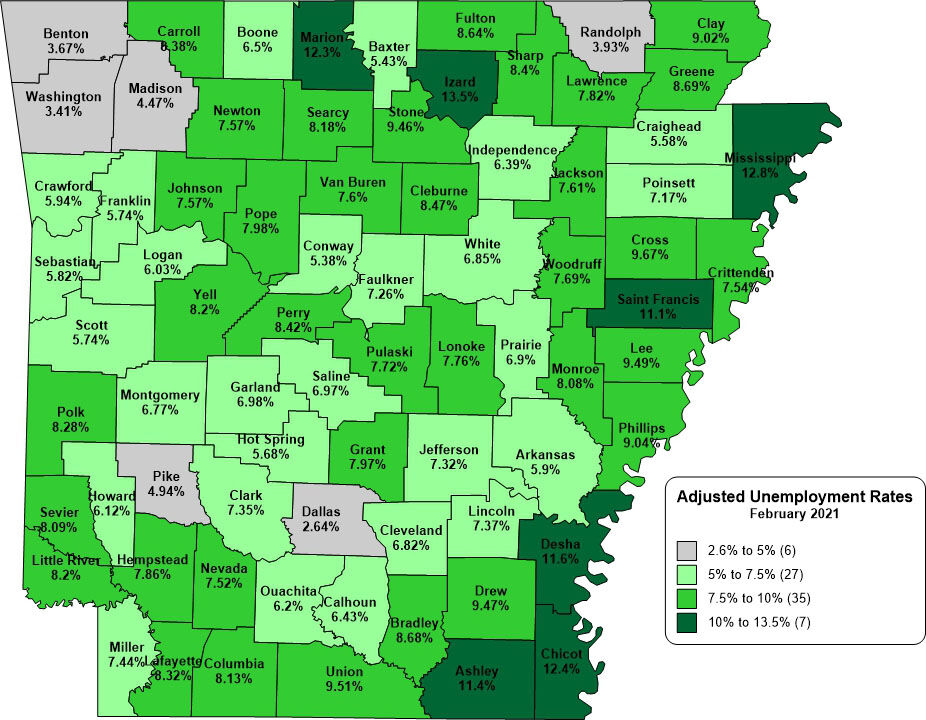 ARKANSAS – Many Arkansans remain unemployed even though the official unemployment rate for Arkansas declined from a high of 10% in April 2020 to 4.5% in February and 4.4% in March 2021.

Arkansas to opt out of extra COVID-19 unemployment assistance