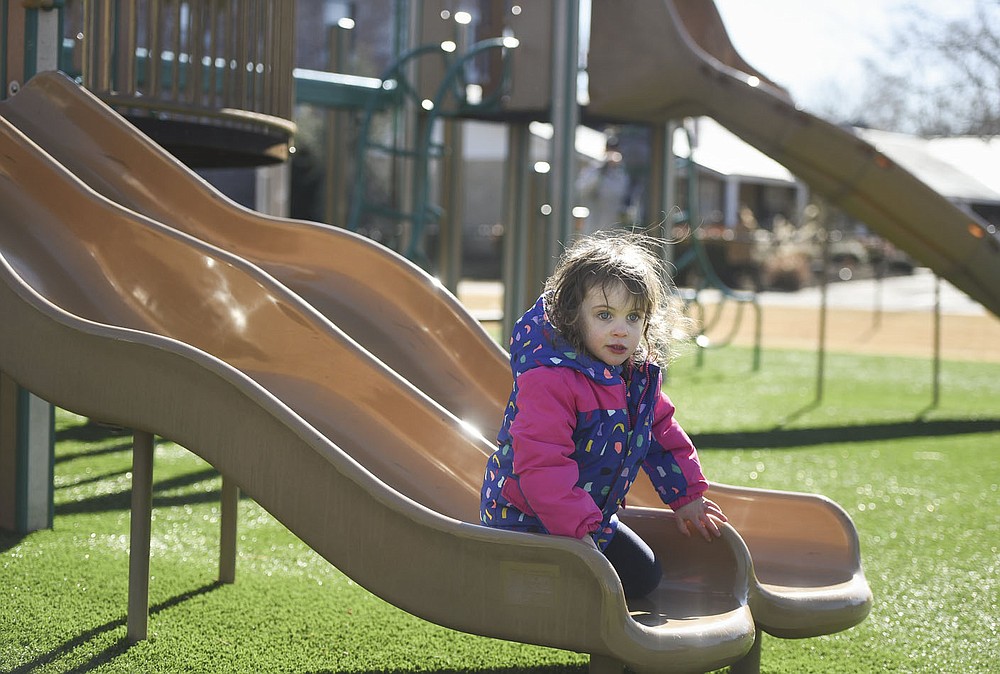 BENTONVILLE, Ark.– City officials are looking at projects to get the first infusion of money from the bond issues approved Tuesday.

Voters backed the city’s $266 million bond plan for capital projects and bond refinancing by approving all nine questions on the special election ballot by at least 76%. The city will pay for the bonds by extending a 1-cent sales tax. The tax was approved in 2003 and extended in 2007.

Southwest Bright Road and Southwest A Street projects and design for more than 15 additional street projects will be part of the first bond series, according to the city.

The first issue is also going to pay for a new radio system, training facilities for Fire and Police departments, the downtown Quilt of Parks, Phillips Park, design for the library and all 25 drainage projects, said Debbie Griffin, city community relations and economic development director.

Revenue from the initial bond is estimated at $100 million, Griffin said. City officials in the next few weeks will finalize the first bond plan, Griffin said.

The schedule is to offer the bonds for sale June 21, said Kevin Faught, the city’s bond adviser. The city could see a bond interest rate between 3% and 5%, Faught said.

“We would close on July 29, and that would be the time at which the bond funds for the various projects would be deposited for the city’s use,” he said.

The city will issue the bonds in three or four series, said Jake Harper, city director of finance and administration.

The project will improve the traffic signal at the Southwest Regional Airport Boulevard and Bright Road intersection.

The project would extend Bright Road north and provide a connection between two arterial roads — Southwest Regional Airport Boulevard and Southwest 28th Street. The connection should improve traffic congestion on the north-south corridors such as Southwest I Street and Greenhouse Road.

Two projects are planned on Southwest A Street.

The second project will change about 0.57 miles between East Central Avenue and Eighth Street into a two-lane road with on-street parking and pedestrian and bicycle amenities.

The Quilt of Parks work includes the renovation of Dave Peel Park. The redesigned layout will add a modern and secure playground, restrooms and an enhanced plaza. It will connect with A Street Promenade, a planned pedestrian-only walkway, according to the city. The promenade wasn’t part of the bond issue and could be built with private money, said David Wright, parks and recreation director.

​The other Quilt of Parks bond project is Bentonville Commons at the south end of Southeast A Street where a 140-space parking lot will be turned into a plaza and activity space.

Renovating the 50-acres Phillips Park will include reconfiguring the design and adding multiple, tournament-quality sports fields for youth and adult recreation.

Lights, restrooms, batting cages, playgrounds, a splash park, a passive recreation space, greenspace and parking will be added. The plan could add nine to 13 ball fields. The park has five, Wright said.

The new radio technology will improve coverage in schools, hospitals, businesses and throughout the city, according to a city website dedicated to the bond issue.

The Fire and Police departments use technology no longer allowing first-responders to communicate with local, regional and state agencies, according to the city.

The new technology will allow a partnership with the Arkansas Wireless Information Network. The statewide system allows responders to operate on the same radio channels in an emergency or as they travel throughout Arkansas, according to the city.

The police training facility will have a virtual deescalation and judgmental use-of-force training simulator, a live outdoor range, a dog training area and a training building for range equipment. It also will be used as a bomb squad and special response team training area. The bomb squad, based in Bentonville, covers Northwest Arkansas and into Missouri.

The 100-yard outdoor range will be built on 20 acres near the armory, just off Regional Airport Road.

The five-story fire training and burn building will increase firefighter safety during training, provide training flexibility and consistency, meet regulatory standards and reduce environmental impact, according to the city. A site for the facility is pending and needs City Council approval, Griffin said.

Bentonville is the only large city in Northwest Arkansas without its own training facilities for emergency personnel, according to the city.

Bond money will pay for 25 projects to reduce flooding and provide better drainage, according to the city. The projects were selected from studies, 311 resident concerns and issues known by Street Department staff. The upgrades would affect more than 500 homes, reduce road flooding and pay for infrastructure.

Plans for the library call for a 6,400-square-foot addition and renovation to 10,000 square feet of the interior. The addition would include a children’s department with a larger story time area and expanded craft space in addition to a teen zone and activity room and maker space.

Eighty percent of the revenue raised by the city’s 1% sales tax for capital expenses goes to pay for bonds and 20% goes to ongoing needs. The city would maintain the same ratio if the sales tax is extended, Harper said.

Final, but unofficial vote totals from the Tuesday Bentonville bond election are:

Questions 1 and 2 on the ballot had to pass for any of the other projects, even if approved, to be paid for with bonds. There were 1,134 ballots cast. The turnout was 3.79%. The city has 29,942 registered voters.