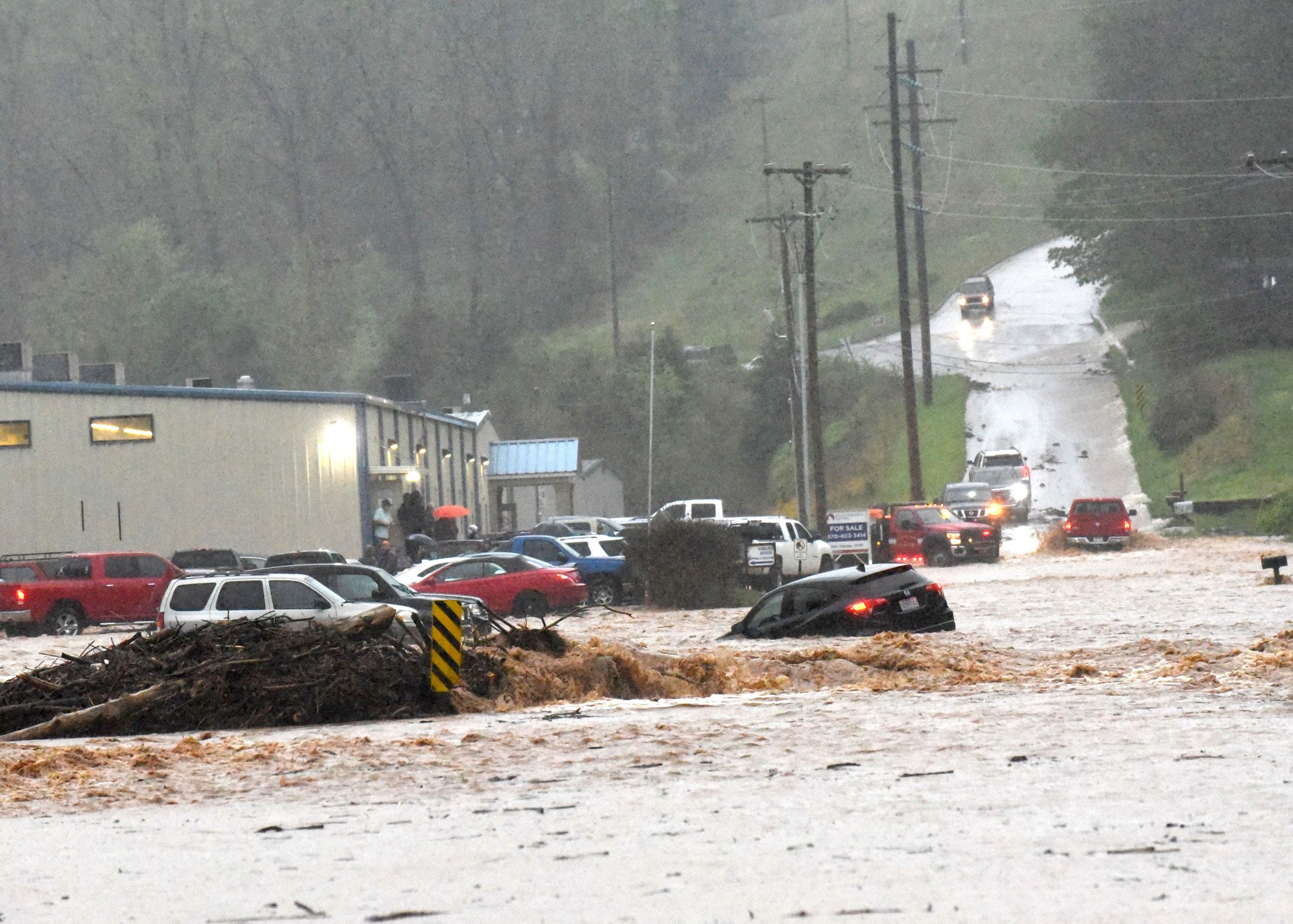 FAYETTEVILLE, Ark. — Benton County will ask for state funding to clean up the mess left by last week’s flooding.

The south and southeast parts of the county were hit particularly hard by a severe storm, Moehring said at a news conference Thursday.

The declaration allows the county and affected cities to request assistance from the Arkansas Department of Emergency Management for uninsured public-sector damage attributed to the storm and for repairs to structures to pre-disaster conditions, the release stated.

The countywide threshold for state assistance is $861,009. That number is formulated on $3.89 per person based on the 2010 census, Robert McGowen, county administrator of public safety, said Thursday. To receive federal assistance, the threshold statewide is $4,019,000, the release stated.

The county damage assessment will continue to change in the coming days, Moehring said. Northwest Arkansas National Airport has not yet turned in its report.

If the damage is extensive enough in Benton County and other counties, the governor may declare a statewide disaster, which, if confirmed by the Federal Emergency Management Agency, could trigger assistance from the federal government, the release stated.

If the county receives a state disaster declaration, each entity can receive up to $500,000 from the state. The percentages are 35% from the state and a 65% local share, McGowen said.

If the county receives a presidential disaster declaration, there is no limit on the amount of funding received, and each entity is reimbursed at 75% from the government with a 25% local share, McGowen said.

Benton County listed $900,000 in damages to roads and bridges. Avoca, Bentonville, Cave Springs, Garfield, Little Flock, Lowell, Rogers and Pea Ridge have filed damage assessments so far with the county. Lowell had a damage estimate of $2.5 million, according to information provided by McGowen.

Lowell Mayor Chris Moore said most of the estimated damage was to the Puppy Creek bridge ($1.12 million) and $1.22 million related to drainage for the Weatherton subdivision.

State emergency management officials will be in the county next week to start their preliminary assessments, McGowen said. It could be at least a month or so before the county hears about its status, he said.

Individuals who sustained damage to uninsured homes are encouraged to report it through the county website, which has a click-through banner at the top, the release stated.

These reports will be communicated to the state and potentially to FEMA for damage assistance. The agencies will determine if personal-property damage assistance will be awarded. Only damage to homes, dwellings or other structures that can be occupied may be covered, the release stated.

“Given the damage our local mayors, Benton County Road Department, Benton County public safety team and I have seen from touring the impacted areas, I believe a declaration is appropriate,” Moehring said. “If the monetary damages of the storm are significant enough, then we’ll be able to receive additional assistance for repairs.”

Floodwater washed out a new area of the Lake Bella Vista dam in Bentonville. A news release from the city said the structure “suffered an additional failure” about 50 feet in width, west of the east spillway.

The dam was first damaged during flooding in 2008 and has had additional flood damage since. Bentonville listed $589,400 in damage, including an estimated $358,878 to Lake Bella Vista and the dam, according to information the city provided to the county.

Weather Service staff members were in Benton County on April 29 to investigate a possible tornado that was spotted 3 miles south of Garfield about 8 a.m. April 28. McGowen said the event was not a tornado.