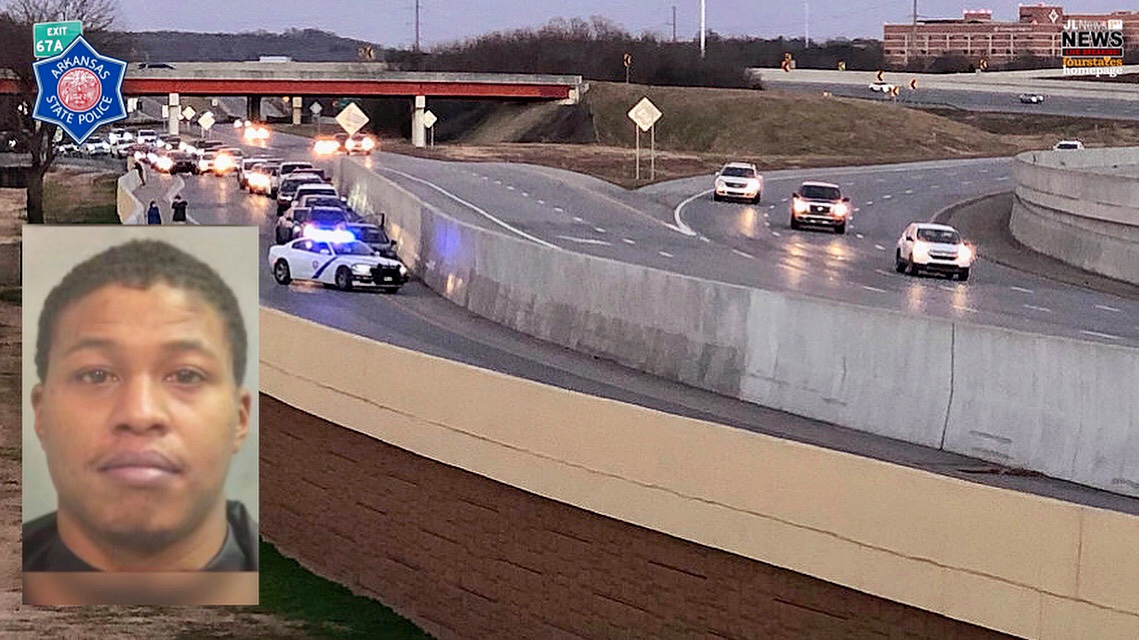 FAYETTEVILLE, Ark. — A 29-year-old man has been arrested after a woman was found dead along I-49 in Fayetteville on Saturday, Dec. 26.

Arkansas State Police Special Agents have identified the victim as Shaletian Robin Zetta Larry, 27, from Conyers, Georgia. Her body was found on the Exit 67A off-ramp.

At around 3:53 p.m., Arkansas State Police received information of a black 4-door 2006 BMW with a Georgia license plate being driven recklessly in the southbound lane of I-49. The car was seen exiting the roadway at Exit 67A, and a witness saw a woman’s body fall from the car. The driver then sped away.

The victim was dead when troopers arrived at the scene, and the ramp was closed to traffic. Special agents processed the crime scene for several hours.

Arkansas State Police were able to seize a vehicle as evidence from a Fayetteville apartment complex. The vehicle is believed to be the one seen by the witness on the interstate.

Lazarus Reaves of Fayetteville was arrested concerning the shooting and could face a capital murder charge. He is being held on a $250,000 bond.

A preliminary affidavit states that officers were able to connect Reaves with the shooting after a caller spotted the black BMW driving erratically following the incident.

Police were able to locate the BMW at the Village Lake apartment complex in Fayetteville. According to the preliminary report, officers had been called to the apartment for a disturbance involving the victim and suspect. The tags on the BMW also belonged to a vehicle owned by the victim.

Reaves was detained after stepping outside of the residence. He had the keys to the BMW in his pocket.

Officers conducted a search of Reaves BMW and apartment and located multiple firearms.

A .40 Caliber spent shell was found beside Robin Zetta Larry’s body on the interstate.

Fayetteville Police looking for missing teen; Could be a danger to himself or others

Fayetteville woman arrested after burned body found in car near Mountain Home, 3 others in jail