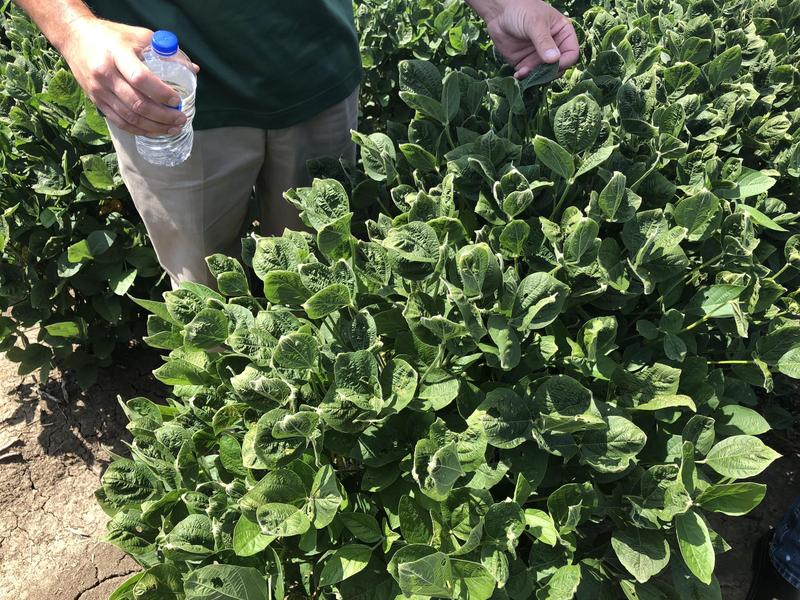 Members of the Arkansas State Plant Board on Monday voted to change the cutoff date for spraying dicamba, an herbicide used on genetically-modified cotton and soybeans.

The weedkiller, which has been responsible for thousands of complaints of damage in the state, can now be sprayed legally until the end of June, later than last year’s May 25 cutoff. That’s despite research from the University of Arkansas showing the chemical can vaporize at higher temperatures, causing damage to non-tolerant plants.

Harry Stephens, a farmer from Helena-West Helena, said cotton and soybean growers need the chemical to combat weeds that have become resistant to other herbicides.

“And we’re looking at shortages of RoundUp, fungicide, insecticides. The whole agricultural supply chain has got big problems. Too much China. And I don’t guess there’s any way we can really blame that on the Plant Board. There’s plenty of dicamba though,” Stephens said.

Dicamba is used to kill palmer amaranth, commonly known as pigweed, which has become increasingly resistant to other herbicides in Arkansas. Attorney Richard Mays, who represents farmers who’ve received crop damage from dicamba, said the rule change didn’t follow proper procedure, since it goes against the findings of numerous studies.

“You don’t have any evidence that would overcome the opinion of those people, you don’t have any technical evidence to support the proposed rule or any economic evidence. You have to follow the criteria that is set forth in the Arkansas law as to the basis for changing these rules,” Mays said.

Mays referenced a March meeting in which Plant Board members first voted to change Arkansas’ dicamba rules to mirror the Environmental Protection Agency’s cutoff of June 30 for soybeans and July 30 for cotton. That came after members voted in December to keep the previous spraying cutoff of May 25.

Members also voted to require a quarter-mile “buffer zone” between fields sprayed with dicamba and non-tolerant crops, and a half-mile buffer for specialty and organic crops. Crop consultant H. Tyler Hydrick spoke in favor of the later cutoff date, and against having more restrictive buffer zones around non-tolerant crops.

“Volatility rates of dicamba have not hurt any soybeans in my care. Remember the buffers last year were 11 and 22 times more restrictive than the federal label. That is absurd and asinine,” Hydrick said.

Dr. Dan Scheiman with Audubon Arkansas spoke against the rule change, referencing a law passed by the legislature that now allows the governor and the Senate to appoint Plant Board members, instead of industry groups.

“A handful of farmers who have not gotten their way on this one issue, many of whom have cases against them for illegally spraying dicamba, are trying to undo the system by suing you, challenging the very constitutionality of the Plant Board,” Scheiman said. “And just in case they don’t get their way in the courts, they went to the legislature to change your composition, stacking it with farmers who use dicamba.”

Lawmakers will meet next week to finalize the rule change, which will then go to the governor for approval.