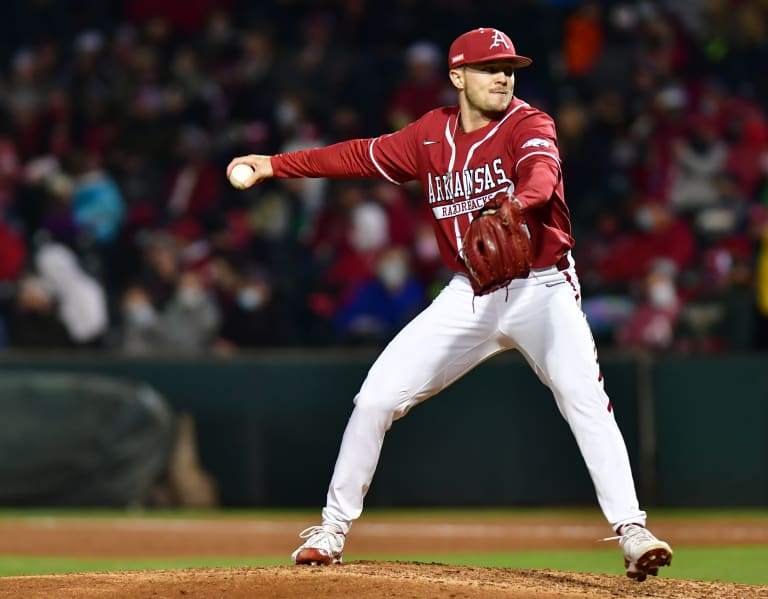 Fayetteville, Ark. – He was announced as one of 25 semifinalists for the Golden Spikes, which is presented by USA Baseball to the best amateur player in the country.

According to the officials, a panel of more than 200 voters, plus a fan vote, will determine the winner.

Kopps dazzled with 13 1/3 scoreless innings over three games during the Razorbacks’ win in the NCAA Fayetteville Regional that concluded Monday with Arkansas’ 6-2 victory over Nebraska.

Kopps pitched the final seven innings to lower his ERA to 0.68 in 79 2/3 innings this season.

Postseason baseball is finally back at Baum-Walker Stadium