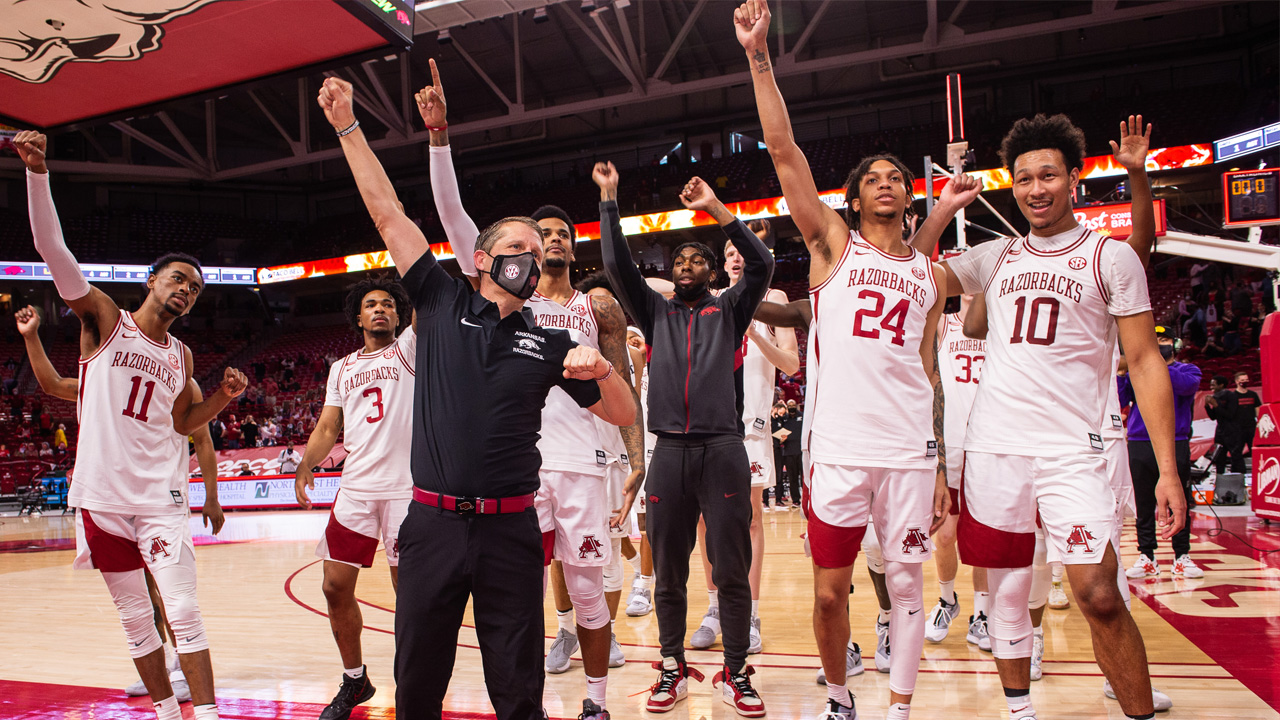 FAYETTEVILLE, Ark. – After wins over the top two teams in the SEC last week – including a victory versus sixth-ranked Alabama, Arkansas moved up eight spots to 12th in the AP poll and seven places to #13 in the USA Today Coaches Poll. The leap was the best in both polls among the top 25 teams this week.

The Razorbacks are among the nation’s top 15 for the first time since November 15, 2000, and have not been ranked as high as #12 since the poll released on Feb. 23, 1998. The Hogs are additionally a program-best #19 in the NCAA NET rankings.

This is the third week in a row Arkansas is ranked standing at #24 and #20, respectively, in the last two weeks.

Arkansas has won nine of its last 10 games, including nine straight SEC contests. The Hogs close the regular season with a road contest at South Carolina on Tuesday (Mar. 2) and a home game versus Texas A&M on Saturday (Mar. 6).

Alabama women’s basketball falls 94-76 to No. 16 Arkansas, land No. 7 seed in SEC Tournament