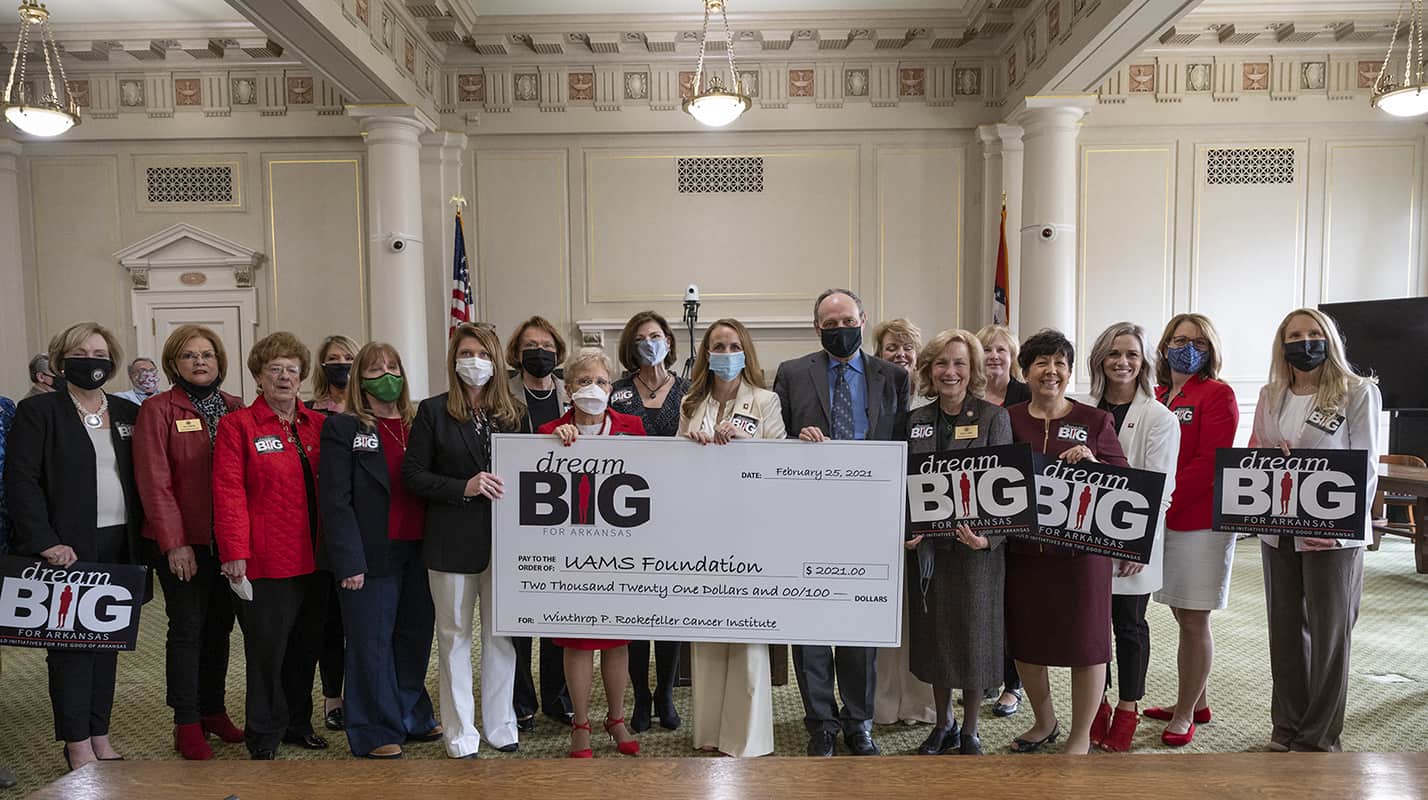 There are 71 NCI-Designated Cancer Centers in 36 states and the District of Columbia that form the foundation of NCI’s programs for studying and controlling cancer. None of those centers are located in Arkansas, with the closest being in Memphis (pediatrics only), Dallas and Oklahoma City.

Approximately 68 percent of the funds awarded by the National Cancer Institute for research and clinical trials goes to NCI-designated centers. The centers without such designation are left to compete for the other 32 percent, and many NCI community outreach and program grants are only offered to NCI-designated cancer centers.

Martha Hill, a member of the Winthrop P. Rockefeller Cancer Institute’s board of advisors, poses with Michael J. Birrer, M.D., Ph.D., director of the Institute, following the recent check presentation by the Republican Women’s Legislative Caucus at the Arkansas State Capitol.

This effort was followed by state lawmakers approving a combination of taxes that would raise $10.5 million annually for the effort.

“But we know that it takes both public and private funding to achieve this worthy goal of NCI Designation,” Irvin said. “The Winthrop P. Rockefeller Cancer Institute at UAMS is committed to raising $30 million in private funds to support achieving status as a National Cancer Institute Designated center,” she said. “Many citizens have contributed to this endeavor, and today we are here to do our part.”