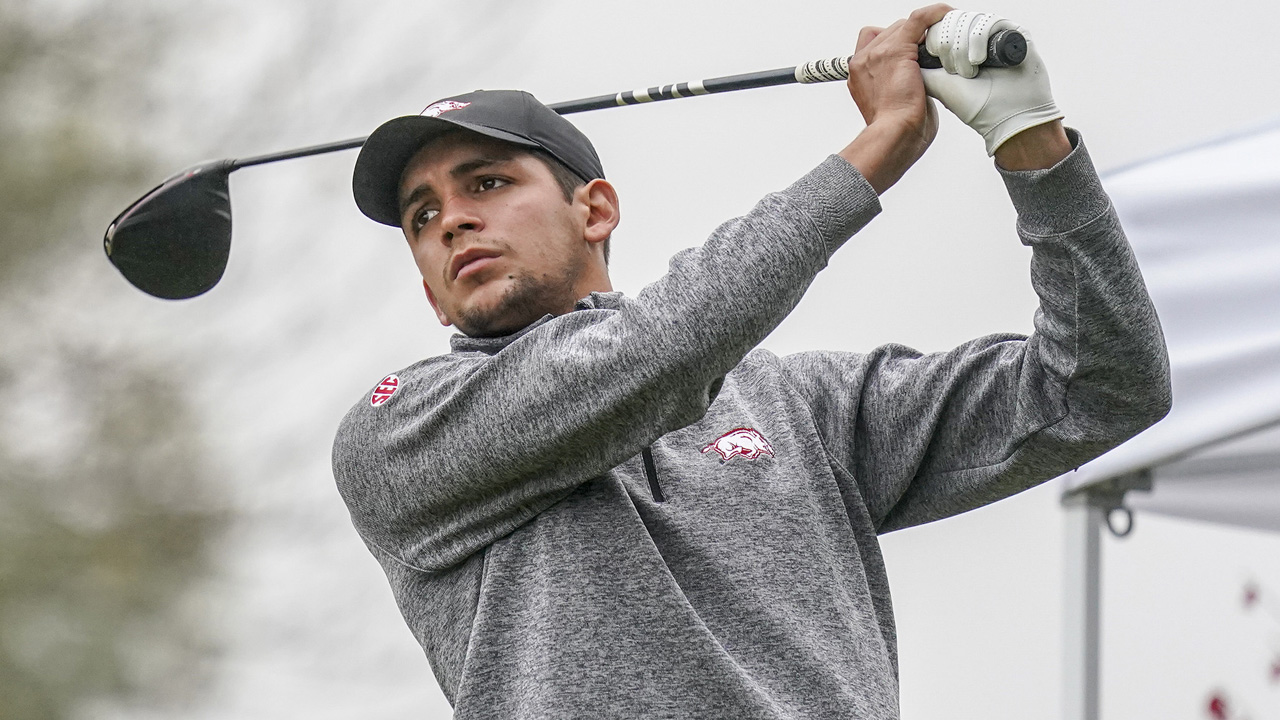 FAYETTEVILLE, Ark. – The Arkansas men’s golf program will host the 11th annual CABO COLLEGIATE, played this season at TPC San Antonio’s Oaks Course, from Mar. 1-3 and the field once again feature the top teams and players in college golf.

The event, usually played in Cabo San Lucas, Mexico, was moved to San Antonio this season due to COVID-19 concerns. However, the move proved to be positive this year. Since the event is being played on the Oaks Course – home of the Valero Texas Open – the winner will receive an exemption to play in that PGA TOUR event (March 29-April 4). As a side note, #ProHog and Texas native Andrew Landry won the 2018 Valero Texas Open.

The individual champion – Walker Lee of Texas A&M – is also back to defend his title. Lee ranks 38th on PGA TOUR University and 75th on WAGR.

For the second straight event, Arkansas will have Buhl, Perico, Oliva Pinto, Mason Overstreet and Tyson Reeder as its quintet while Manuel Lozada will once again play as an individual.