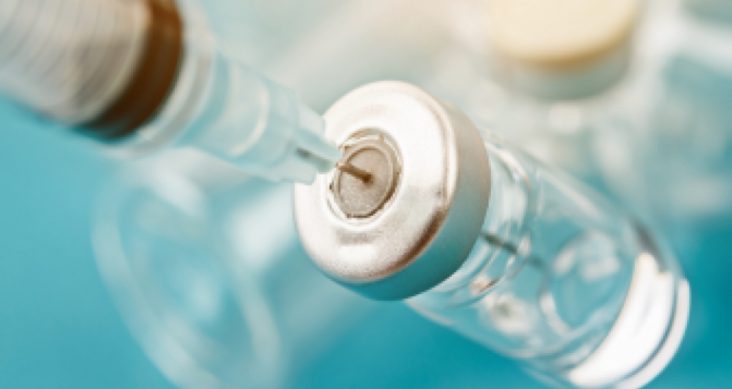 FAYETTEVILLE, Ark. – The pace of Arkansas’ coronavirus vaccinations continued to show signs of slowing on Friday as the count of cases rose by 237 — the second daily increase in a row that was bigger than the one a week earlier.

But after rising for the previous two days, the number of people hospitalized in the state with covid-19 fell Friday by one, to 152.

The state death toll from the virus, as tracked by the Department of Health, rose by six, to 5,692.

Gov. Asa Hutchinson noted in a statement that the 23,066 doses that providers reported administering since Thursday morning were “slightly lower” than “previous days this week.”

“We have vaccinated over 900,000 Arkansans with at least one shot,” Hutchinson said.

“My goal is to have one million shots in arms by next week. Help us meet that goal. The doses are available to meet current demand, so don’t wait, and get your vaccine as soon as you can.”

According to the U.S. Centers for Disease Control and Prevention, Arkansas was closing in on Hutchinson’s goal, with 989,656 residents having received at least one vaccine dose as of Friday.

Health Department figures continued to indicate a slowdown in the number of doses administered each day, however.

The previous week, the average was about 22,500 doses a day.

The figures include second doses of the Pfizer and Moderna vaccines.

Health Department records indicate the variety of providers administering the shots is set to grow next week.

For the first time, shots will be offered in at least one of the department’s local health units in every county.

The state also ordered 1,170 Pfizer doses for a Little Rock business that plans to administer them at the homes of elderly and disabled people across the state.

Arkansas Pharmacists Association CEO John Vinson said pharmacists have been staying busy giving the shots, but a growing number have been offering them to walk-in patients as some of their appointment slots have gone unfilled.

“When you think about building confidence for the vaccine or vaccine hesitancy, there’s some patients who are never going to get it and there’s certain patients that will get it, but it may not be a high priority or it may not be urgent for them.

“They’re waiting to get the vaccine when it’s convenient for them.”

After disappointing turnouts at its weekly vaccination clinics in Fayetteville and Lowell this week, the Northwest Arkansas Council decided not to dedicate any clinics next week solely for people receiving the first dose of the Pfizer vaccine, council spokesman Nate Green said.

Instead, the business group will offer first and second doses at three clinics that had already been scheduled for next week.

The council also extended the hours at one of the clinics, set for Thursday at Northwest Arkansas Mall in Fayetteville.

It will still start at 8 a.m., but the closing time was moved from 4 p.m. to 8 p.m. “to see if maybe having it in the evening would get more people to come out,” Green said.

“We have plenty [of vaccine] and the demand does not seem to be high, so hopefully by extending to 8 p.m. we’ll be able accommodate some additional people who have not been able to make the weekday, work hours clinics,” Green said.

This week, the council administered just 413 of the 2,500 initial doses it had available for its clinic Thursday at the mall in Fayetteville.

On Friday, 412 people received their initial shots at the Lowell clinic, where the council had hoped to administer 1,500 to 1,600 doses.

Green said the council is considering conducting polling to “get some understanding about what the issue is, why people won’t get the vaccine, and to maybe understand if there’s certain messages that could help with that.”

In Jonesboro, St. Bernards Medical Center recently reduced the number of vaccine clinics it holds in a nearby auditorium each week from two to one, spokesman Mitchell Nail said.

He said the slowdown probably is partly because of the growing number of providers offering the shots.

The number of Arkansans who had received at least one vaccine dose as of Friday, amounting to about 32.8% of the population, was up by 11,519 from a day earlier, the CDC said.

Among the states and District of Columbia, Arkansas continued to rank 43rd in the percentage of its residents who had received at least one vaccine dose.

It rose from 47th to 46th in the percentage who had been fully vaccinated.

Nationally, 38.5% of people had received at least one vaccine dose and 24.3% were fully vaccinated.

According to Arkansas’ vaccine orders for next week, at least one Health Department local unit in each county will get at least 100 doses of Moderna vaccine.

That’s a departure from previous weeks, when only some of the units got vaccine doses that they used for community vaccination events.

When those vaccinations will start and how they will be made available hadn’t been decided, she said.

The state also directed 1,170 Pfizer doses to go to Home Health Care Agency of Arkansas, a Little Rock business, founded in August, that provides disabled people with in-home assistance with daily living tasks, such as dressing and bathing.

Co-owner Connie Jarrett said the business only has a dozen clients, but will provide the shots at the home of anyone who requests one, regardless of whether they receive other services from the agency.

The business also will take appointments, starting Monday, to administer the shots at its headquarters parking lot, she said. People can make an appointment or request an in-home vaccination by calling (501) 553-1953.

“I had covid and it was not pleasurable at all, and then with me doing home health care, I just felt that I needed to do something to help get as many people vaccinated as possible,” Jarrett said.

State officials said earlier this week that the elderly and disabled can request in-home vaccinations by calling a Health Department hotline at (800) 985-6030.

Dillaha said the department is working with ambulance services and pharmacists to schedule those vaccinations.

As a result, the average number of cases added each day over a rolling seven-day period rose to 186, its highest level since March 27.

Arkansas was faring better than most other states, however.

According to the CDC, its new cases per capita in the week ending Thursday were the second-lowest in the country after Hawaii.

Arkansas’ 0.8 deaths per 100,000 residents was roughly tied with Montana’s for the 14th-lowest rate.

The number of Arkansas virus patients who were on ventilators fell Friday by three, to 15, the lowest level since May.

The number of patients in intensive care as of 2 p.m. fell by seven, to 51.

The cases that were added included 171 that were confirmed through polymerase chain reaction, or PCR, tests.

The other 66 were “probable” cases, which include those identified through less-sensitive antigen tests.

The number of cases that were considered active rose by 49, to 1,892, as new cases continued to outpace recoveries.

Neither the Health Department nor Department of Corrections reported any new cases among prison or jail inmates.

The state death toll rose by six, to 1,172, among probable cases and remained at 4,520 among confirmed cases.

Among nursing home and assisted-living facility residents, the count of virus deaths rose by one, to 2,069.

The number of the state virus patients who have ever been on ventilator remained at 1,599.