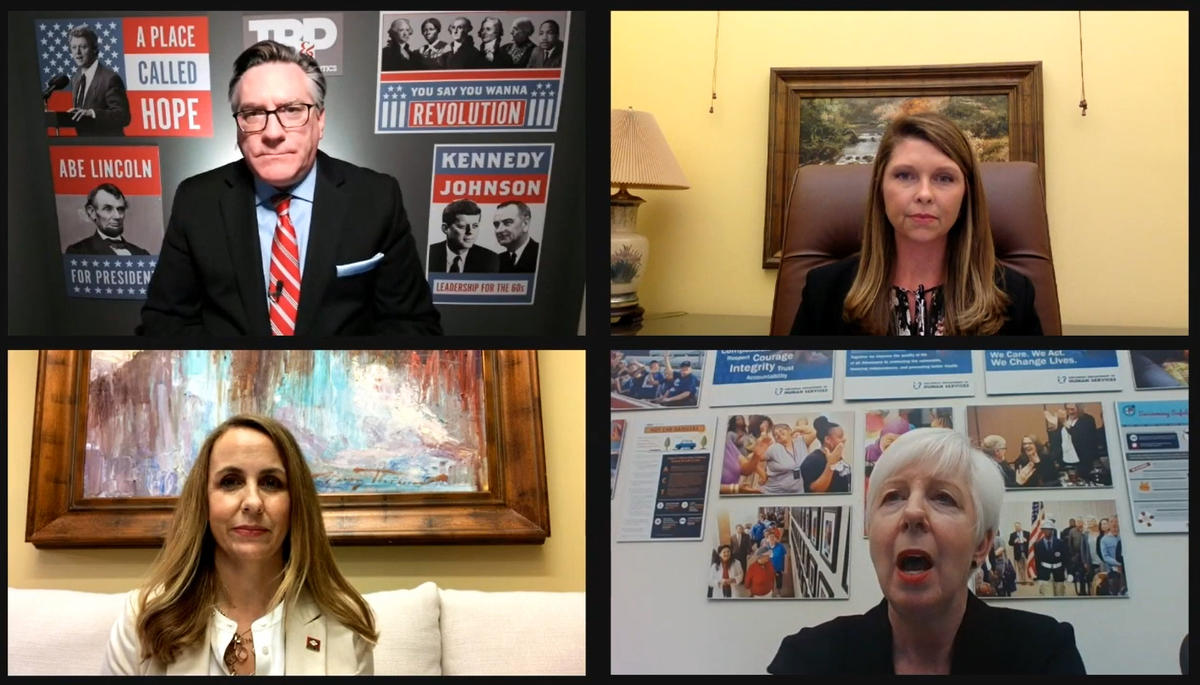 Arkansas – Under construction for the past year, Arkansas lawmakers and Gov. Hutchinson’s administration will unveil their newest version of Medicaid expansion on Monday.

ARHOME (pronounced “Are-Home”) stands for Arkansas Health & Opportunity for Me. Sen. Missy Irvin, R-Mountain View, and Rep. Michelle Gray, R-Bethesda, will be two of the lead sponsors of the proposal.

In a Talk Business & Politics interview, Irvin, Gray and Arkansas Secretary of Human Services Cindy Gillespie discussed ARHOME’s details and political obstacles for the healthcare program expected to cover more than 300,000 low-income residents who make below 138% of the federal poverty level.

Irvin, Gray and Gillespie said the primary goals of ARHOME are to slow the growth in state spending, move people out of poverty and into work and education, and to produce better health outcomes.

“We’re aiming to achieve a comprehensive program that really targets on health outcomes,” Sen. Irvin said. “We’ve worked on it for over a year. Lots of legislative input went into this program and this new approach. I honestly believe it’s exactly the policy that we need for our state.”

Arkansas’ current waiver for Arkansas Works expires at the end of this year, although two pending U.S. Supreme Court cases could complicate the whole debate.

ARHOME retains the private insurance model for purchasing health plans for participants like the private option and Arkansas Works did. The federal government will cover about 90% of the funding, while the state pays for the remaining 10%. Under current scenarios, on average, the state is responsible for about $200 million per year – $1.032 billion over five-years – for Arkansas Works premium supplements.

Unlike Arkansas Works, there is no work requirement, but there are incentives to work. Arkansas’ work requirement was struck down by a federal lawsuit and is pending review at the U.S. Supreme Court. Gillespie said a decision on that case or the broader Affordable Care Act – also pending a Supreme Court ruling – could shake up the entire healthcare system, but probably not immediately.

“The way that the courts usually work in a situation like that is they will send it back to the Congress, and the Congress would then have a period of time in which to take action to address what the court has said,” Gillespie said. “It would not mean that everything would change for us overnight.”

The architects of ARHOME say its program work requirements align with SNAP. Also, enrollees will be given a readiness for work assessment upon enrollment. Cost sharing and co-pays are involved for those earning over 100% of poverty who qualify for the program.

Beyond regular insurance, ARHOME creates three silos for handling healthcare scenarios. They are:

“In the past, we treated everyone in a cookie-cutter model. We treated them all the same. ‘Here’s an insurance plan. Do what you want with it.’ Now, we’re saying that doesn’t work,” Rep. Gray said. “So here’s a piece for veterans, here’s a piece for pregnant women, here’s a piece for DYS and foster kids. We’re tailoring it so much that I actually expect to see some true outcomes in helping people.”

Telemedicine is another platform for providing better healthcare across Arkansas’ rural landscape. Gillespie said the use of telehealth throughout the pandemic has accelerated options in remote areas for access and convenience.

To pass the budget measure needed to fund ARHOME, a 75% threshold of votes in the House and the Senate will be required. For the last four regular sessions, lawmakers have barely cleared the hurdle for either the private option or Arkansas Works.

With the work requirement stricken, there is fear there won’t be enough political cover to support the program in some circles. A few conservative lawmakers have expressed an acceptance that helping 300,000 people with health insurance is going to be a function of state government and are unwilling to kill the program. They are advocating a less expensive approach to funding Medicaid expansion: the fee-for-service model that was spiked in 2013 in favor of using private insurance plans to cover the Medicaid expanded population.

“If we went fee-for-service, it saves the state money, but that’s only if I’m looking at general revenue and strictly that spend,” said Rep. Gray, who argues there will be offsetting lost local tax collections that negate the state savings. She also argues that at the federal level health officials use carrot-and-stick approaches to decrease state funds in one area by incentivizing increased spending in other areas.

“If we don’t spend that, somebody else is going to spend that. If I had all 50 states say, ‘we refuse to do this,’ would the federal government do something different? Yes, they probably would. But that’s not where we’re at,” Rep. Gray said.

Because of the private health insurance model, ARHOME is expected to stimulate the healthcare economy in Arkansas in a larger way. According to DHS estimates, ARHOME would bring an estimated $9.766 billion from the federal government into the state economy over the next five years. If Arkansas paid fee-for-service rates, the federal government would send an estimated $6.755 billion to the state over the five-year period.

That $3 billion reduction would result in significantly lower payments to hospitals, doctors, and other healthcare providers, officials argue.

“The traditional fee-for-service model actually pays very little in certain areas,” Sen. Irvin said. “Being able to utilize a qualified health plan, those insurance plans pay your doctors and hospitals around 25% to 65% more than traditional Medicaid… Also, the model of utilizing the qualified health plan has really created a premium stabilizer effect in the private health insurance marketplace.”

There is an additional economic argument that the extra $3 billion will stimulate local tax revenue by more than $300 million and be a boon to keep rural hospitals from closing. Only one rural hospital in Arkansas has closed since the private option went into effect. Neighboring states that either didn’t expand Medicaid under the ACA or were late to passing a plan have seen 56 hospitals close.

You can view a full discussion of ARHOME with Sen. Irvin, Rep. Gray, and DHS Secretary Gillespie in the video below.

Arkansas should not levy income tax on unemployment benefits