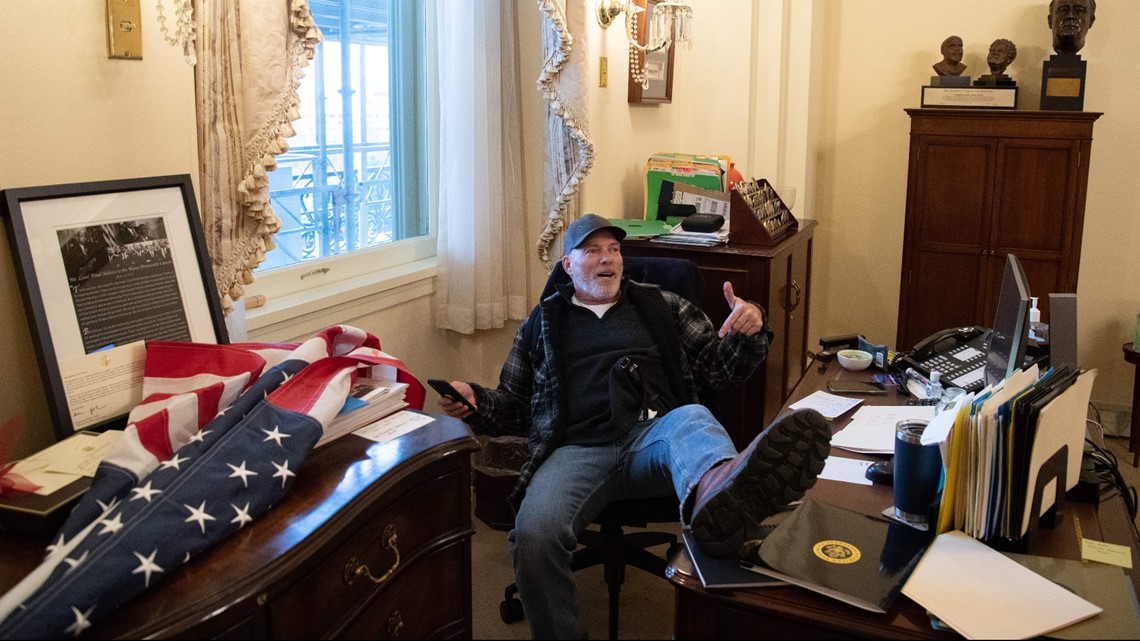 ARKANSAS – According to the court documents, his name is Richard Barnett and he is currently only allowed to travel up to 50 miles from his residence while he is on home detention awaiting trial.

The 61-year-old man was among supporters of President Donald Trump who stormed the Capitol as lawmakers assembled to certify President-elect Joe Biden’s victory over Trump.

Prosecutors say Barnett was carrying a stun gun when he entered the building.

Barnett’s next court hearing is set for Aug. 24.

A trial date hasn’t been scheduled yet.

Gov. Hutchinson announced that state agencies will receive a 3 percent pay raise to give to their high-performing employees who worked during COVID-19