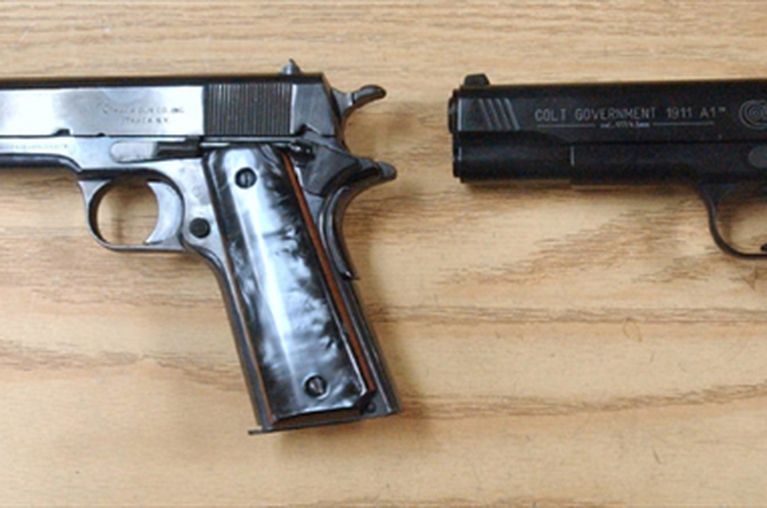 FAYETTEVILLE, Ark. — A 50-year-old Bella Vista woman was arrested on Wednesday after allegedly shooting a city police officer with a pellet gun.

On Wednesday, March 3, officers with the Bella Vista Police Department responded to 5 Witham Lane for a shots fired call.

According to a probable cause affidavit filed in the Benton County Circuit Court, a witness reported that Laurianne Demers was shooting at a neighbor’s house while yelling.

A responding officer with the Bella Vista Police Department, Sergeant Ross Conn approached the residence and knocked on the side paneling, asking Demers to come outside. According to court records, Demers walked out of the front door with a rifle in her arms, pointed toward the ceiling.

Conn said his pistol was drawn and pointed at Devers while the pair exchanged ‘hellos.’ He said he observed that there was no chamber to load rounds into the rifle Demers was holding, and he was “70% certain” it was a pellet gun.

After asking Demers to lower the gun, she dipped the barrel down, and Conn says he could see the “silver lining and small diameter of the barrel that is consistent with a BB or pellet gun. I was confident she held a pellet gun at this point.”

According to the probable cause affidavit, Demers then uttered something “unintelligible” and began to lower the gun in the officer’s direction, refusing orders to not point the gun toward him.

According to Conn’s narrative, he then moved to take cover, and Demers fired, striking him in the upper portion of his right forearm and lower wrist area.

“The gun shot confirmed that it was a pellet gun,” Conn said in his narrative.

Conn advised another responding officer, Tony King, that it was a BB gun, and King rushed toward Demers, taking the rifle away from her and beginning to place her in handcuffs. King and Conn then escorted Demers out of the home.

Inside the residence, police found a crossbow with a loaded bolt, locked back ready to fire, along with “several other arrows affixed to the bows quiver and in the home.” Police say they also observed two trays of lead .177 diameter pellets filled with hundreds of pellets.

Demers was transported to the Benton County Jail where she is being held on $50,000 bond.

She is charged with disorderly conduct and aggravated assault on a correctional facility employee.

Report of rape in UA dorm is fourth in seven weeks