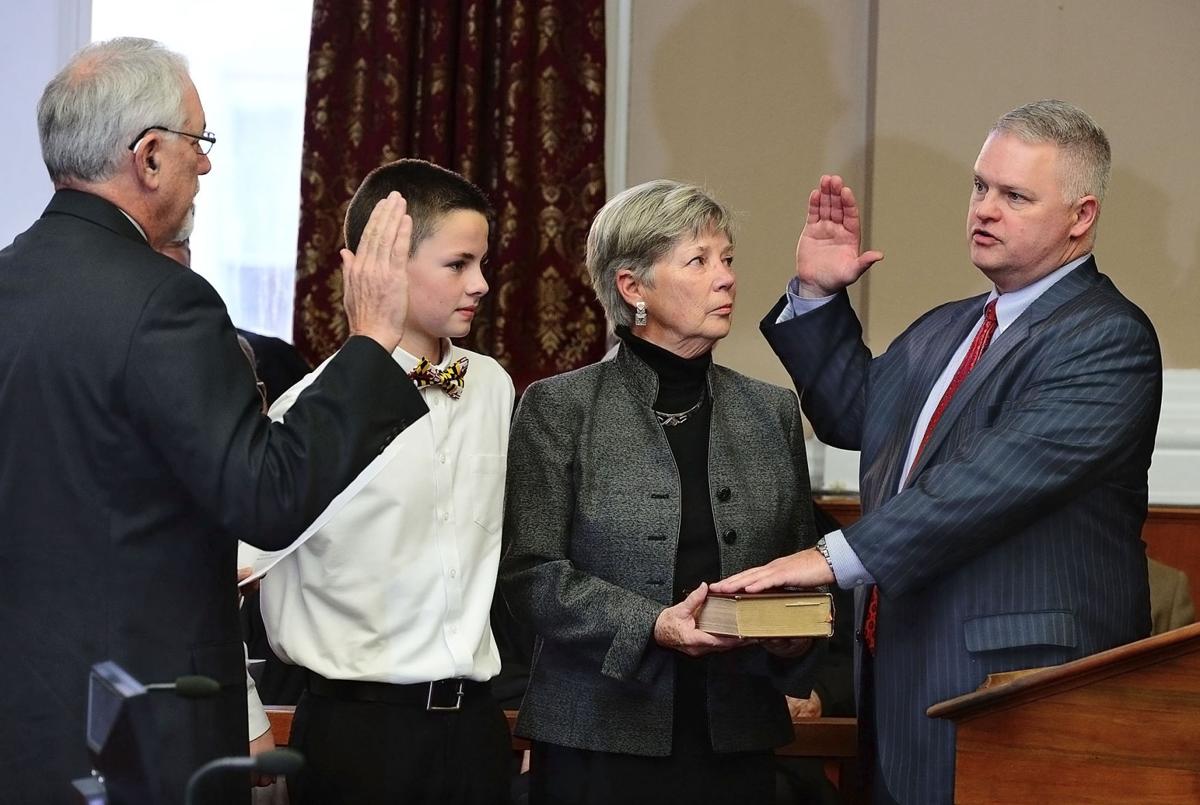 FAYETTEVILLE, Ark. — Washington County Judge Joseph Wood signaled a willingness to spend some of the county’s $4.5 million in covid-19 relief money but provided no details on how much might be spent.

Brian Lester, county attorney, released a statement Monday evening from Wood. Wood acknowledged having heard a wide range of opinions on how to use the federal money ranging from spending the entire amount to saving the full amount.

“To address those varied concerns, and to maximize the CARES Act funds I propose that the Washington County Quorum Court enact an ordinance setting aside a portion of the CARES Act fund to be used as a matching grant with cities addressing the emergency needs of our citizens,” Wood said. “Specific emergency needs that have been voiced to me include: food insecurity in our most vulnerable communities; loans or grants to ensure small businesses survive Covid-19’s adverse economic impact; and money to ensure private entities have the resource to purchase needed personal protective equipment or assist in vaccine distribution.”

Lester said Wood wasn’t proposing a specific amount to be set aside or the mechanism to be used in disbursing the money.

“That would be up to the Quorum Court,” Lester said Tuesday.

Patrick Deakins, justice of the peace for District 5 in northeastern Washington County and chairman of the Finance and Budget Committee, said Tuesday his views on spending the money remains unchanged. Deakins said he’s concerned the county will incur more expenses, pointing to potential costs associated with the opening of the circuit courts and county offices to more normal business.

Deakins said he didn’t plan to put the proposal on the agenda for the April 6 committee meeting.

Deakins said the judge’s statement is an interesting contribution to the conversation.

Shawndra Washington, justice of the peace for District 8 in Fayetteville, is a member of the committee. Washington said the proposal needs to be up for discussion as soon as possible. She plans to ask it be on the agenda April 6.

“This does require fast action,” Washington said. “We can’t afford to delay this until May.”

The Quorum Court last month rejected a proposal by Eva Madison, justice of the peace for District 9 in Fayetteville, earmarking $3.6 million of the $4.5 million. The proposal would have directed $1.2 million aid to small businesses; money to hunger relief; and money to provide financial assistance to residents who have lost their homes or experienced financial difficulties related to homelessness or housing insecurity.

Madison said the county could provide the assistance by contracting with other agencies and nonprofit groups to administer the programs.

Madison said Tuesday she was encouraged Wood offered his idea and someone on the Quorum Court now has to move it forward.

County residents who have been lobbying the Quorum Court to take action on spending the money had mixed opinions of Wood’s proposal.

Beth Coger of Fayetteville, who ran unsuccessfully for the District 4 seat on the court last year, said she was disappointed by the lack of specifics. Coger said the county has known of the money since November and still has no real plan for using it.

“I think it’s just a word salad,” Coger said. “It doesn’t really do anything.”

Clint Schnekloth, pastor of Good Shepherd Lutheran Church in Fayetteville, said he has many questions about how Wood’s proposal might be implemented, but he’s encouraged by it as a sign county officials are listening to people in the community.

“I’m happy to see this move,” Schnekloth said. “It indicates he’s heard us.”

Wood told the justices of the peace last month Washington County may in line to receive as much as $46 million in additional covid-19 relief money under the American Rescue Plan Act, which was recently approved by Congress.

The Benton County Quorum Court on March 19 voted to set aside $100,000 in CARES Act money to help with county covid-19 vaccination events. The goal is to provide 10,000 doses over a 13-week period starting in April, said Michael Waddle, Benton County Director of Emergency Management. Collier Drug Store will provide the vaccines. Benton County received $3.79 million in CARES money last year. A subcommittee of seven justices of the peace will review how the CARES Act money could be spent. The first meeting will be at 5 p.m. before the April 6 Finance Committee meeting.