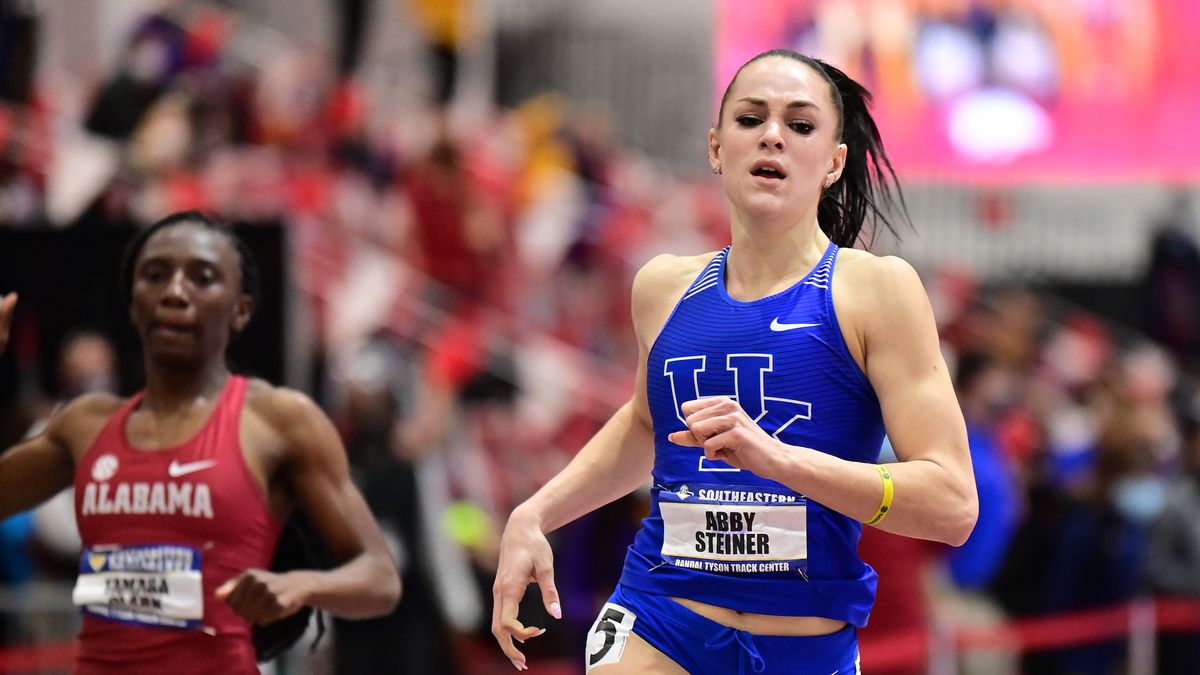 FAYETTEVILLE, Ark. – Matthew Peare won gold in the pole vault and Abby Steiner won gold in the 200-meter dash, defending their titles from a year ago in Saturday’s final day of the SEC Track & Field Championships.

Peare peaked with a vault of 17′9.75″/5.43m to win his second SEC crown and become the first Wildcat to win back-to-back titles in that event.

Steiner, coming off an SEC-record 22.41 time in last night’s preliminary, commanded the 200m with a 22.50 mark that is the second-best time of her career. Like Peare, she won her event for the second year in a row and is the only Wildcat ever to win the SEC indoor 200.

Peare and Steiner were joined on the medalist stand by sophomore Lance Lang, who won a bronze medal in the 200m (20.79 seconds), and by UK’s 4×400-meter relays, each of whom earned silver with school-record times.

The medalists led the Kentucky women to a fifth-place finish with 57 points, equal the team’s place at SEC Indoors a year ago.  The UK men totaled 47 points and placed seventh, one spot lower than last year.  The Arkansas men and women won the SEC team titles.

The top eight finishers in each event earned points.  In addition to the medalists, these Wildcats also scored points on Saturday: